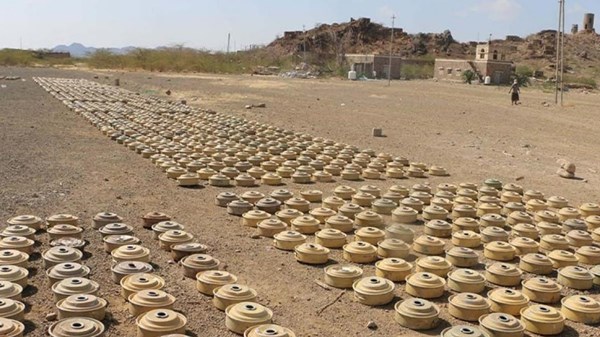 The King Salman Humanitarian and Relief Center “Masam” project to clear Yemeni lands unearthed 2,943 mines in the fourth week of May, which were laid by the Houthi terrorist militia in various governorates.
In a statement, the Center said mines removed, including 159 antipersonnel mines, 325 antitank mines, 2,447 unexploded ordnance and 12 explosive devices, brought the number of mines cleared during the month of May to 6,481 mines.
The center pointed out that the number of mines cleared since the start of the “Masam” project stood at 342,374 mines, which were laid randomly by Houthi militias across Yemen to harvest more innocent child victims, of women and the elderly.