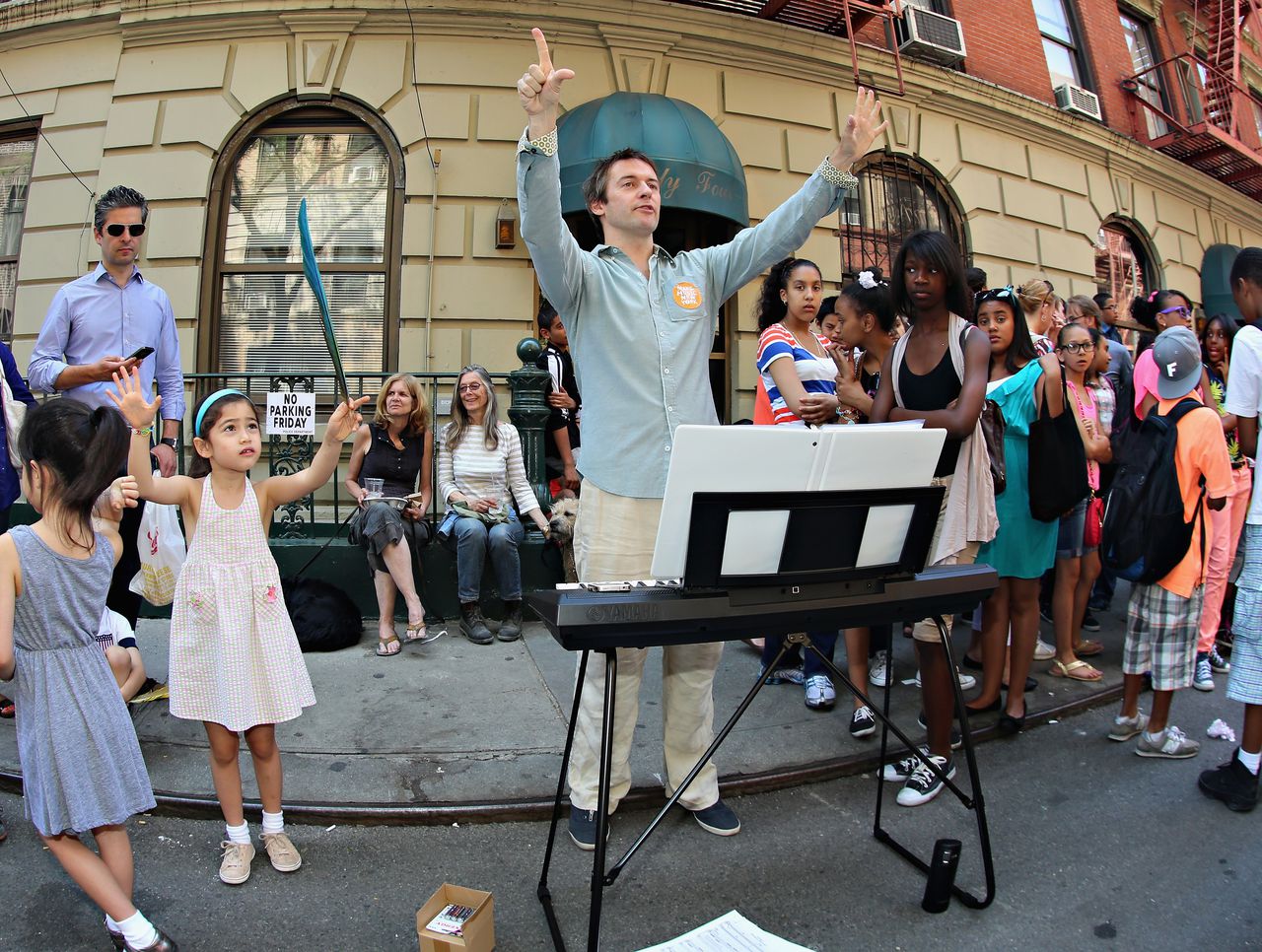 All Make Music Day events are free and open to the public. Participants wishing to perform or organize musical events can register at www.makemusicday.org. In early June, a full schedule of virtual and in-person events will be posted on the website. There will be Make Music Day events on Staten Island and throughout New York City.

“Make Music Day” was launched in France in 1982 and was known as Fête de la Musique. Over the past 15 years, Make Music Day has grown across the United States since its inception in 2007. Over 100 US cities will participate in this event; the flagship event will take place right here in New York. Atlanta, Georgia, Columbia, Missouri and Fargo-Moorehead, North Dakota will join in the festivities for the first time.

“Make Music Day is thrilled to celebrate its historic 40th anniversary with one of our most impressive and comprehensive programs to date, which truly spans the country and seeks to inspire the participation of music lovers of all experience levels. “, said Aaron Friedman, president of Make Music Alliance. . “At a time when music, fellowship and artistic expression are more important than ever, we hope everyone – amateurs and professionals, coast to coast – can find an event to attend and celebrate the positive and profound effect that music has on our lives.

Make Music Day celebrates and promotes the natural music maker in everyone, regardless of ability, age or skill level. Using city or town streets as a stage, all types of musicians are encouraged to create and share their music with friends, neighbors and even strangers.

In honor of the day’s French roots, Make Music Day will celebrate 40 years with launch events in New York on Tuesday, June 21, with French and American elected officials and dignitaries present at Battery Park in the shadow of the Statue of Liberty, to represent the friendship and ties between France and the United States.

This event will include a performance of French composer Camille Saint-Saëns’ Carnival of the Animals, written in 1886, which is the same year the Statue of Liberty was inaugurated. After kickoff, dozens of French-themed concerts will take place throughout the day in New York Harbor, with additional performances inspired by Lady Liberty’s presence, with contributions from the city’s immigrant communities. . As usual, hundreds of other concerts and musical activities of all kinds will also be taking place across the city for Make Music New York on June 21.

Additionally, in keeping with an annual tradition and a spectacle of visual harmony, iconic buildings and landmarks across the United States will light up and glow orange – a color evoking the sun and the first day of summer. – in honor of Make Music Day.

Make Music Day is presented in the United States by the NAMM Foundation and coordinated by the nonprofit organization Make Music Alliance.