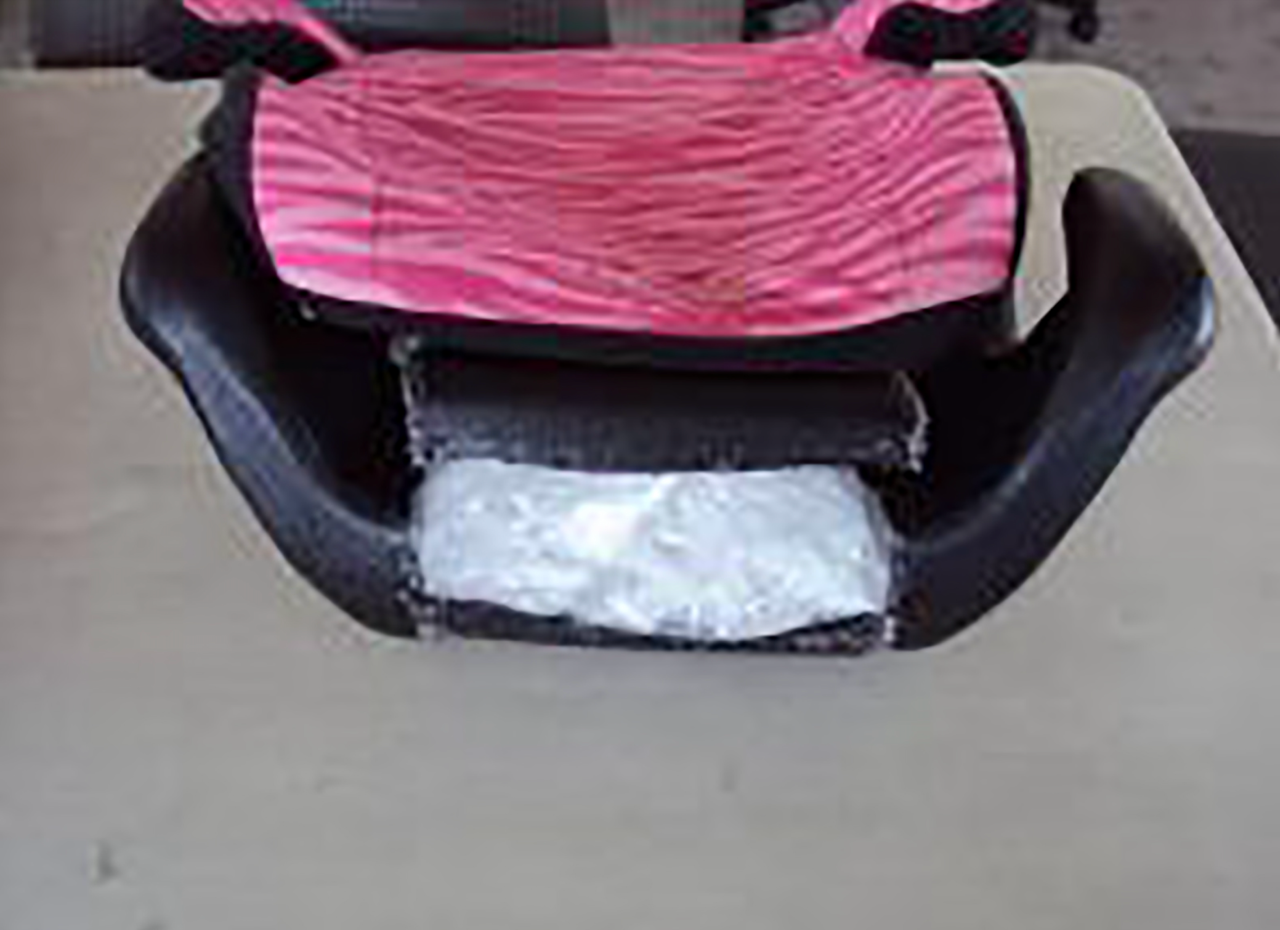 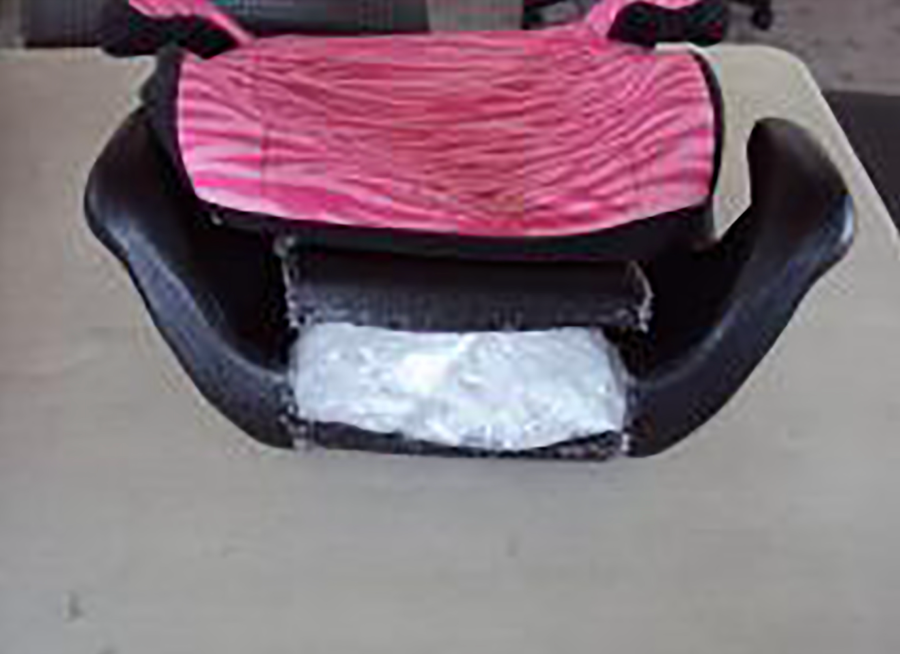 One person was arrested after US Customs and Border Protection officers were found at a checkpoint in Murrieta $60,000 worth of methamphetamine stuffed into child booster seats, authorities said.

There were two adults and four children inside the car, officials said.

A K-9 Border Patrol team then alerted officers to the presence of narcotics inside the three child booster seats, CBP said in a news release Friday.

Officers examined the child seats and found several packets of a white crystalline substance that turned out to be methamphetamine, CBP officials said.

The driver was found in possession of 26.9 pounds of methamphetamine, with an estimated street value of $60,000, according to the agency.

The driver was arrested on suspicion of attempting to smuggle methamphetamine into the booster seats and the vehicle was impounded.

Meanwhile, the four children and their mother have been released, officials said.

“Drug traffickers will use any means necessary to get their poison onto our streets. Nothing is sacred to them, not even family,” CBP Chief Patrol Officer Aaron M. Heitke said in a press release.