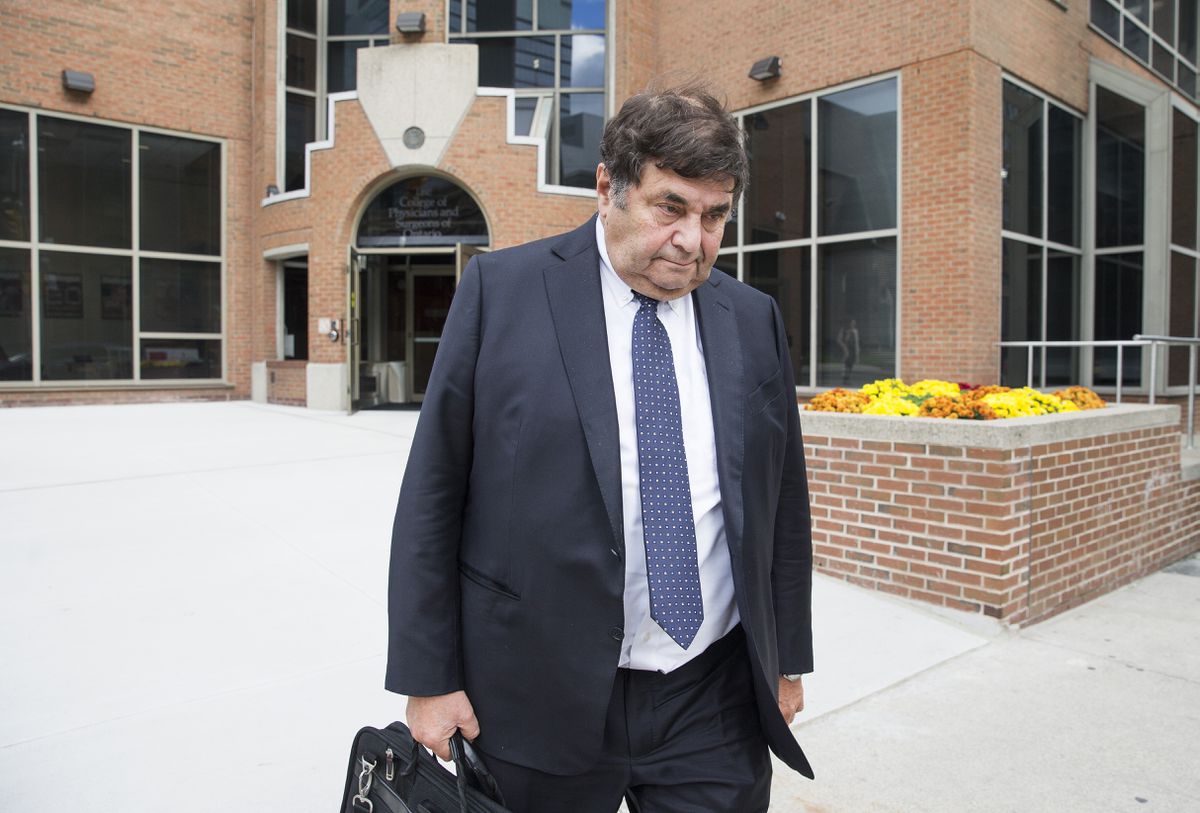 A prominent former Toronto neurologist is due to stand trial this week on a single count of sexual assault after he was initially charged with abusing 18 patients over a 17-year period.

Allan Gordon, 77, was charged with sexually assaulting five patients in December 2019. But those charges were stayed last January, after a judge in an Ontario court determined there was had an “excessive” delay in the procedure.

Toronto police have charged Dr. Gordon with sexually assaulting 13 other patients, including one with a weapon, in June 2020. He will stand trial on one of the charges on Tuesday at Toronto’s Old City Hall, said Brian Gray, spokesperson for the Ontario Attorney General’s Office. The Crown has not withdrawn or stayed the remaining charges laid two years ago, he said.

David Humphrey, Dr Gordon’s lawyer, said the case against his client involves a “one-time encounter” with a patient.

“Dr. Gordon has pleaded not guilty to the charge and will vigorously defend himself against this allegation,” he said in an email.

Dr. Gordon was known as one of the top pain specialists during his four decades at Mount Sinai Hospital in Toronto. He was director of the hospital’s Wasser Pain Management Center when he allegedly sexually assaulted the patients.

The charges follow a 2019 Globe and Mail investigation that identified at least 10 former patients who complained to the College of Physicians and Surgeons of Ontario that Dr Gordon sexually assaulted them. Twelve other former patients came forward to The Globe after the investigation was published, accusing him of similar abuse.

“While the process remains a difficult journey, it is some relief to hear that the criminal case is finally proceeding,” said Jordan Assaraf, a Toronto lawyer who is representing 13 former patients in civil lawsuits against Dr Gordon. .

The College of Physicians and Surgeons did not respond to a request for comment. Mount Sinai spokeswoman Barbara McCully reiterated that the hospital has cooperated fully with police.

Toronto police charged Dr. Gordon with sexually assaulting the patients between 2002 and 2018, according to documents filed in the Ontario Court of Justice. Along with one of the patients, police accused him of using a Wartenberg wheel as a weapon to assault him – a medical device that is rolled over the skin to test nerve sensitivity.

The allegations have not been proven in court.

In his written decision staying the first five charges, Judge Malcolm McLeod said Dr Gordon’s lawyers and prosecutors both contributed to the delays. But he criticized Crown prosecutors for their “completely unacceptable” pace of disclosure.

“There was no adequate explanation, much less exceptional circumstances, to justify the undue delay that occurred in these cases,” the ruling said.

The Supreme Court set new time limits for criminal proceedings in 2016 in a decision known as R v. Jordan, allowing 18 months for cases in provincial court.

In Gordon’s case, the clock started ticking on December 13, 2019, when he was initially formally charged, according to the ruling, and a trial would not have ended until 29 months later.

The Crown cited the complexities associated with the 4,000 pages of documents the college and hospital produced to police, arguing that much of the material consisted of patients’ private medical records that should not be disclosed, according to decision. Many of the pages eventually given to Dr. Gordon’s attorneys were completely blacked out.

The college removed from its public website any mention that Dr Gordon had been accused of sexually abusing a patient during a medical examination in 2015. It closed the files of women who complained and n did not publicly acknowledge their allegations, reported The Globe.

Instead, Dr Gordon pleaded ‘no contest’ before a disciplinary committee in October 2018, to the lesser offense of professional misconduct for failing to obtain a patient’s ‘informed consent’ for a pelvic exam. .

As part of the settlement, he agreed to resign and never reapply to practice medicine.