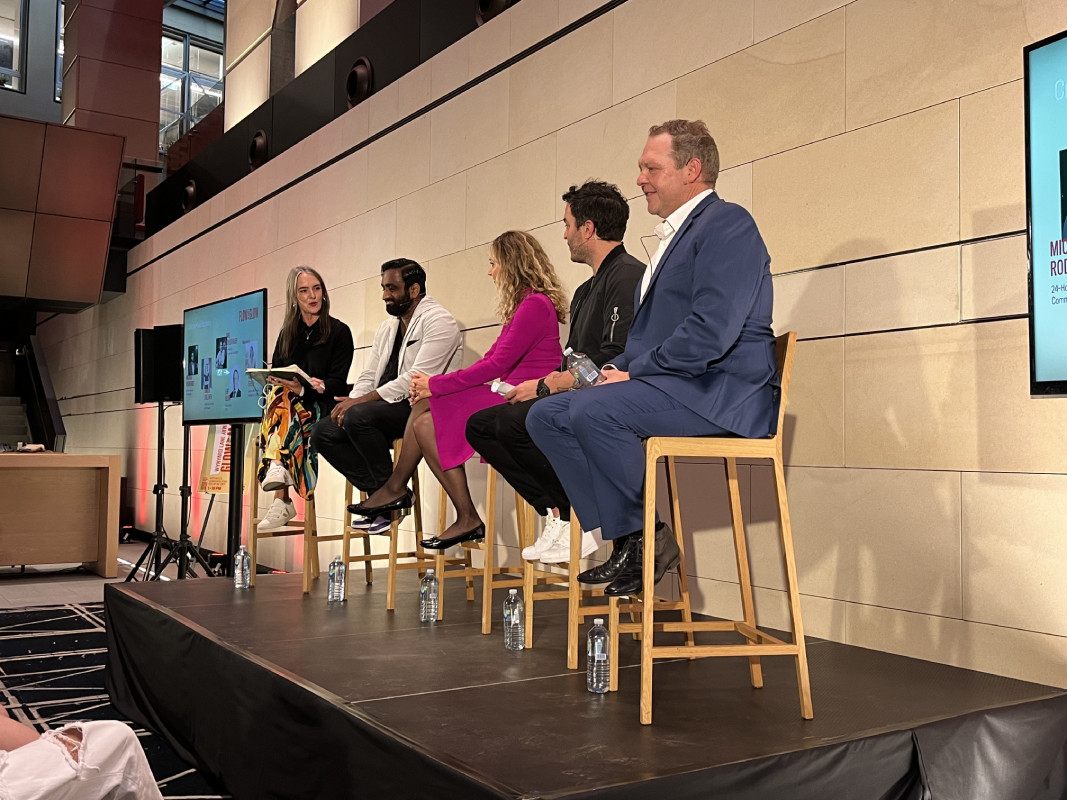 Staffing, collaboration and artistic inclusion were on the agenda at a panel hosted by CBRE in Sydney last week.

The panel, which focused on “The Creative-Led Recovery,” was part of the Flow and Glow festival held at Wynyard last week.

Before the panel, The Scream spoke to Michael Rodrigues about the revitalization of the CBD and the recovery of hospitality in the city after the lockdown era.

“So first of all there’s a whole bunch of venues that haven’t opened yet that have obviously been challenged by the pandemic,” Rodrigues says.

“Those that opened tended to be pretty well signed up, but then there’s a bit of a lumpy negotiation about that as people adjust to the new cycle of work.”

As Rodrigues has acknowledged, CBD is no longer entirely tied to people’s work habits, and bringing consumers back to the city center is going to require a “holistic” nighttime occasion with hospitality at its heart.

“People want an exit experience. There are several aspects to this – a transport element, a concert, a play, but almost always there is an F&B element.

“So it’s incredibly important, I think. It’s the linchpin [of the night].”

Rodrigues also noted that the return of international conferences has drawn new audiences to the city, but that trend has not been without its challenges, with hotel operators sometimes unaware when large volumes of guests might arrive. He indicated that cooperation among key stakeholders was a key way to address this challenge.

“There is an industry advisory group, and what it recognizes is that good results depend on collaboration between the three main stakeholder groups in NSW,” Rodrigues said.

These groups are senior government officials, local councils and industry, who need to act on “information sharing” to meet the new challenges of fluctuating trade, according to Rodrigues.

Now more than a year in the post of 24-hour Economics Commissioner, having been appointed to the newly created post under the most difficult circumstances, The Scream asked Rodrigues what accomplishments he was most proud of.

“Walking away from that ‘Super Sunday’ hospitality amid the pandemic – coordination with health [authorities] to transition hospitality to frontline worker status, as we knew the capacity constraints that would arise during finishing restrictions,” says Rodrigues.

“It was no small task, and they have set up additional clinics dedicated to the reception staff.”

Another highlight was successfully moving the festival from Flight Facilities airfields in Victoria Park to the entertainment district in a matter of days.

“It was a festival that would otherwise be cancelled. From the stage, Flight Facilities thanked the New South Wales government for their responsiveness, and it’s such a turnaround from what we were there. a few years ago.

Despite these achievements, Rodrigues recognizes that there remain significant challenges for hospitality, perhaps the most pressing of which are staffing issues.

“The main constraint on the market today is above all personnel. The demand seems to be there, given the number of venues trading, but I think hotels and F&Bs have been mostly constrained by a lack of staff.

Staffing was also an issue that came up in the following panel, with Schlothauer saying: “One of the challenges is that most of our staff are casual and hospitality is not seen as a permanent career. .”

Schlothauer is not only the president of the YCK district, but also one of the owners of the “House of Pocket” group of places – including Pocket Bar and Stitch Bar.

“One of the fears of being sponsored is of being confined to this employer. We envision a model where YCK directly employs staff who can then move from bar to bar. So if you don’t get along with that venue, we can just move you to another venue – that way we can hopefully attract more people,” says Schlothauer.

Another topic discussed by the panel was the integration of art into Sydney’s CBD, with Colliver suggesting that Sydney not only looks to other cities in Australia, but also overseas, for inspiration.

“We’ve got a long way to go – but that’s where you’re going to see Australia’s long-term vision.”

“There is a center in Toronto – they have artists on site and they work with First Nations artists, and they actually make all the little knobs and drawers, and all the street furniture,” Colliver said.

Colliver also implored owners and promoters to provide space for artists in the CBD to thrive.

“We just need space. It’s really, really difficult, but I think more spaces for artists where they can collaborate and work together – that’s where the innovation starts.

CBRE’s Olsen highlighted the potential for different types of businesses to collaborate in imaginative ways, using the example of a Rodd and Gunn store in Brisbane that opened a whiskey bar and restaurant on site.

“They are looking at different ways to create brand recognition. So you go there to buy a jacket or a pair of shoes, and you can also go in there and have a good meal.

Here, Rodrigues suggested that it was possible to take the concept further, for retailers to collaborate with existing hospitality venues: “The trends are to share the customer.

To which Olsen concluded: “I don’t think we see it enough, but I think there’s a huge opportunity for like-minded brands that cross boundaries in terms of different types of retail sectors. “