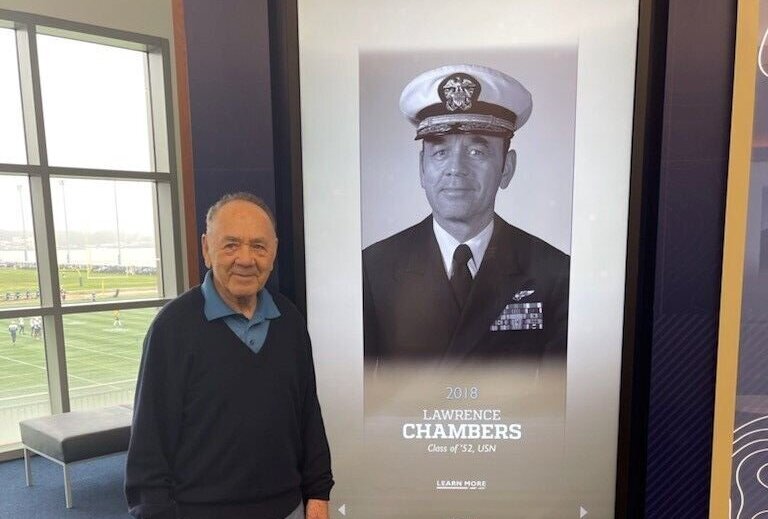 Retired Rear Admiral Lawrence Chambers is the oldest living African-American graduate of the US Naval Academy in Annapolis.

Retired Rear Admiral Lawrence Chambers is the oldest living African-American graduate of the US Naval Academy at Annapolis. Chambers, who graduated in 1952, is only the second African American to graduate from the Academy and the first to earn ensign rank.

What was it like for an aspiring African American in the late 1940s and early 1950s?

Chambers said at the time, “I was a loner. I didn’t know who I could trust, who was with me or who was against me.

But, he says, the Naval Academy has changed dramatically since that time.

“When I see how many of us are here now, it’s wonderful,” Chambers said.

After graduating, Chambers pursued his dream of becoming a naval aviator. However, he says little has changed in about 68 years.

“There were only two of us who had been carrier commanders,” he says.

The aviator played a prominent role during the Vietnam War as captain of the USS Midway in 1975.

He took the unprecedented step of pushing several expensive UH-1 helicopters overboard to make room for a South Vietnamese Air Force major to land his Cessna. The decision saved the pilot and his family.

He concluded a distinguished naval career as vice commander of Naval Air Systems Command, retiring in 1984. He then became director of program development at System Development Corporation.

Chambers, born in Virginia in 1929 and valedictorian of his class at Dunbar High School in DC, will turn 93 on June 10. He says the key to his longevity has been running.

“I ran 10 miles a day for 30, maybe 40 years,” he says, noting that he may have been overdoing it. “The Marines kind of knocked me upside down and said you only need three; either you run it or you explore it,” but he insists exercise is key.

This is part of WTOP’s ongoing coverage of people making a difference in our community written by Stephanie Gaines-Bryant. Learn more about this coverage.