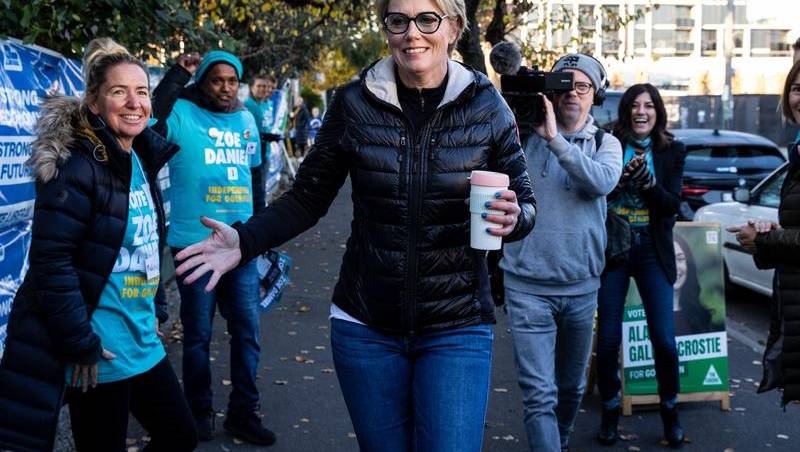 A new generation of lower house crossover MPs are likely heading to Canberra as independent candidates find favor with MPs from the main parties.

Sydney’s Allegra Spender and Kylea Tink and former Melbourne journalist Zoe Daniel are all on track to claim seats.

Treasurer Josh Frydenberg is in big trouble against Monique Ryan in Kooyong, Victoria, trailing 53-47 with more than half the votes counted.

“The community is frustrated, the big parties and the two-party system are broken,” she told Sky News.

“It fails to address the really big issues that communities want to see movement on, from integrity to respect for women to climate change policies, and communities are talking, they’re looking for alternatives.”

Tasmania’s incumbent Independent MP Andrew Wilkie was the first candidate to win a seat on Saturday.

“I am delighted to be able to take Clark’s seat again after today’s vote,” Mr Wilkie said on Saturday evening.

“The elections are a wonderful celebration of democracy and to have won a fifth term is a tremendous confirmation that my consistent calls for more fairness and action on many key issues have resonated with the greater community of Hobart.”

“The real thing to watch tonight is the number of seats that comes down to a two-horse race between the independent candidate and the incumbent,” he told Sky News.

“We will see how many seats will become marginal this election which will be very exciting.”

“They have only one goal and that is to remove the smaller Liberal members from the party hall and make the Liberal Party more right wing and therefore ineligible,” he told Seven News.

“To call them independents is really quite wrong. It’s a very obvious campaign.”