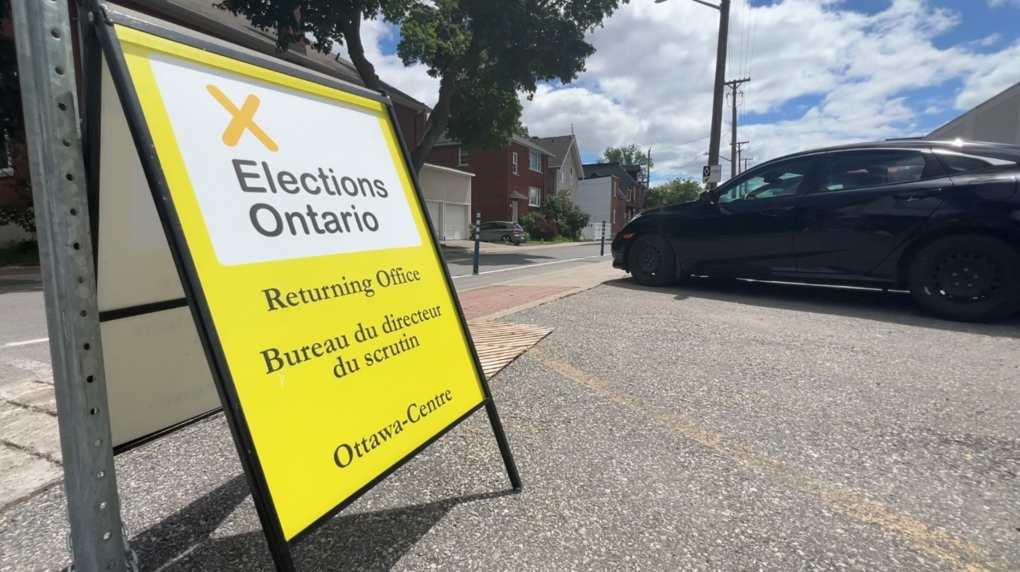 The Ontario election is now less than a week away as voters head to the polls on June 2.

Saturday marked the last day of advance voting across the province, the last chance for eager voters to vote early.

Many of those who voted early at the downtown Rideau Curling Club on Saturday did so with specific questions in mind.

“I think we need an education minister who actually understands our education system and our health care because of the issues we’ve had during the pandemic.”

Khor Rad lives opposite the polling station and voted early for convenience.

“The number one issue is making sure there is a change of government, we are not happy with the current administration, and beyond that access to French language resources and legal aid funding “, she said.

Saturday marked the last of 10 days of advance voting.

In the election campaign, the leaders are on the home stretch.

He said a Liberal government would go ahead even without a national ban in place.

“It’s time to paint the Kitchener-Waterloo blue in 22, so on June 2, everyone let’s do it, let’s do it and God bless the people of Ontario,” Ford said.

Ford pledged to cut the gas tax and build half a million new homes. He made no official campaign stop on Saturday.

“Imagine going to the hospital, Sault Area Hospital with your little one in an emergency situation, knowing that your child will get the attention they need right away,” said Horwath.

She planned to campaign in the north on Saturday, but the tour was blocked after her plane suffered mechanical problems.

Green Party Leader Mike Schreiner campaigned Saturday in Parry Sound–Muskoka. Schreiner dubbed it ‘Super Saturday’ as he is confident the Greens can win in the constituency – which is traditionally PC.

So, as the leaders pursue their bid for prime minister, many voters have already made up their minds.

“I usually feel like I don’t hear enough from the leaders, but I think my cup is almost full,” said voter Marc Zahradnik.