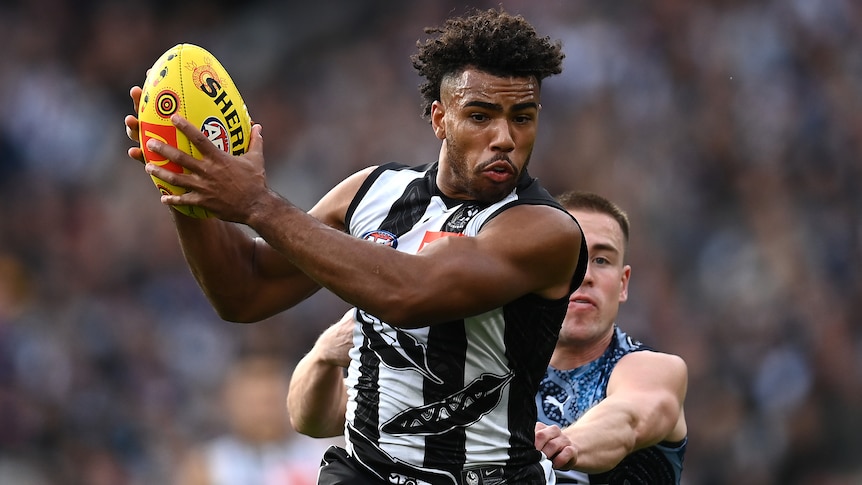 One of the AFL’s historic rivalries continues with Collingwood taking on Carlton at the MCG, while across town St Kilda claim a 53-point win over North Melbourne.

The saints add to the woes of the kangaroos

Midfielders Jack Sinclair and Seb Ross starred for the Saints, while Brad Hill had a record 33 possessions and Max King scored three goals.

The much-improved Saints enter their mid-season break with an 8-3 win-loss record.

Kangaroos captain Jack Ziebell scored in his 250th game, but after a competitive start his side were no match for the Saints.

It follows another week of crisis at Arden Street, with three of their scouts resigning and Kangaroos great Wayne Carey criticizing the club.

After Ziebell’s third-quarter goal, the Saints took advantage of elementary errors in the Kangaroos defense and their four-goal run ended any hopes of an upset result.

Mitch Owens, called up for the game, scored his first two goals in the space of a minute.

Saints youngster Nasiah Wanganeen-Milera, the nephew of AFL great Gavin Wanganeen, scored Sir Douglas Nicholls Round with a ball pass that found King in the middle of a nest of Kangaroo defenders.

King converted for his second goal.

The Kangaroos’ Jy Simpkin had 29 eliminations and scored his first goal of the season.