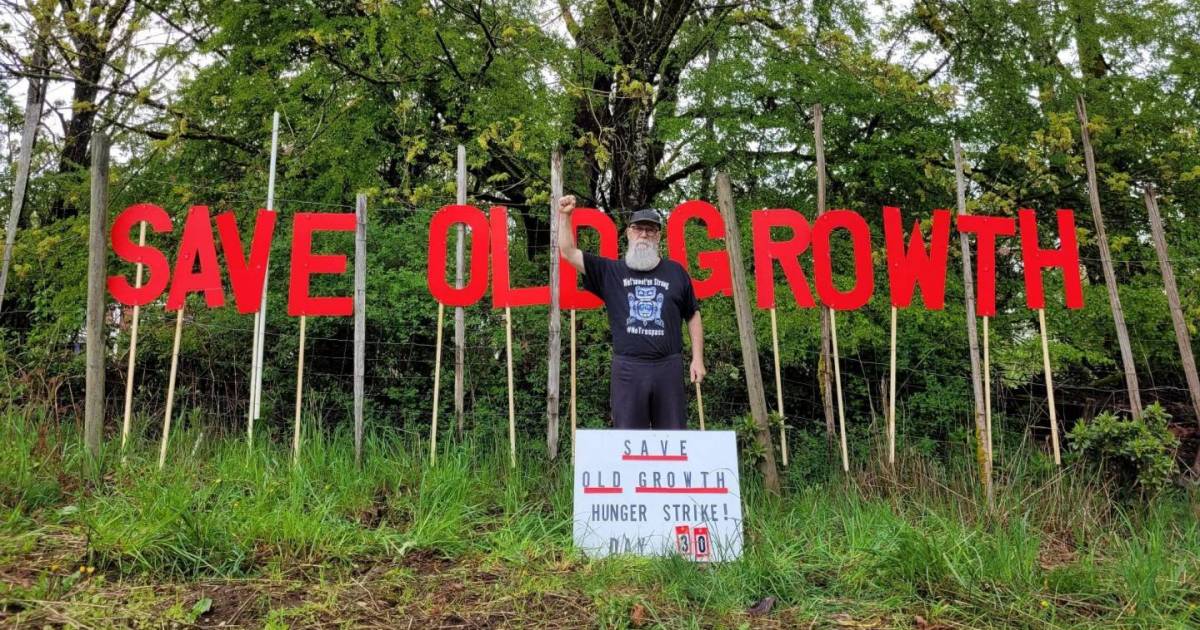 A Nanaimo environmental activist has decided to start eating again after going on a month-long hunger strike.

Howard Breen, 68, was briefly hospitalized in April in his campaign. This happened less than two days after he stopped drinking fluids at noon on Earth Day (April 22).

Breen and Vancouver resident Brent Eichler have each gone on hunger strikes, pledging not to eat until Forests Minister Katrine Conroy agrees to a public meeting to discuss logging Ancient.

Conroy phoned each of them on Earth Day but refused to accede to their request.

Eichler called off his hunger strike last week after 33 days.

“I really packed it before,” Breen told the Straight April 22. “I’m nowhere near as thin as [Eichler] is. But I knew I had to start with something to lose because of my age, being older than him.

A third activist, Nanaimo resident Vic Brice, continues his hunger strike. According to the Save Old Growth group, he lost over 10 pounds.

The hunger strikes are part of a campaign of peaceful civil disobedience by Save Old Growth to try to force an end to old-growth logging in British Columbia.

“Old-growth forests act as an essential carbon sink, they hold soil and reduce the risk and severity of floods and landslides, they act as a natural barrier against forest fires, they are home to many endangered species of extinction and they are culturally and spiritually significant ancestors of these lands,” the group said in a press release.

In an April 30 column on Straight.com, former Vancouver city councilor Tim Louis pointed out that there are 11.1 million hectares of old-growth forest in the province, according to provincial statistics.

“According to the media, 3.5 million hectares are protected and the government very recently announced a temporary halt to logging on an additional 2.6 million hectares, pending First Nations approval,” said wrote Louis. “The rest of British Columbia’s old-growth forests remain unprotected and continue to be logged.”