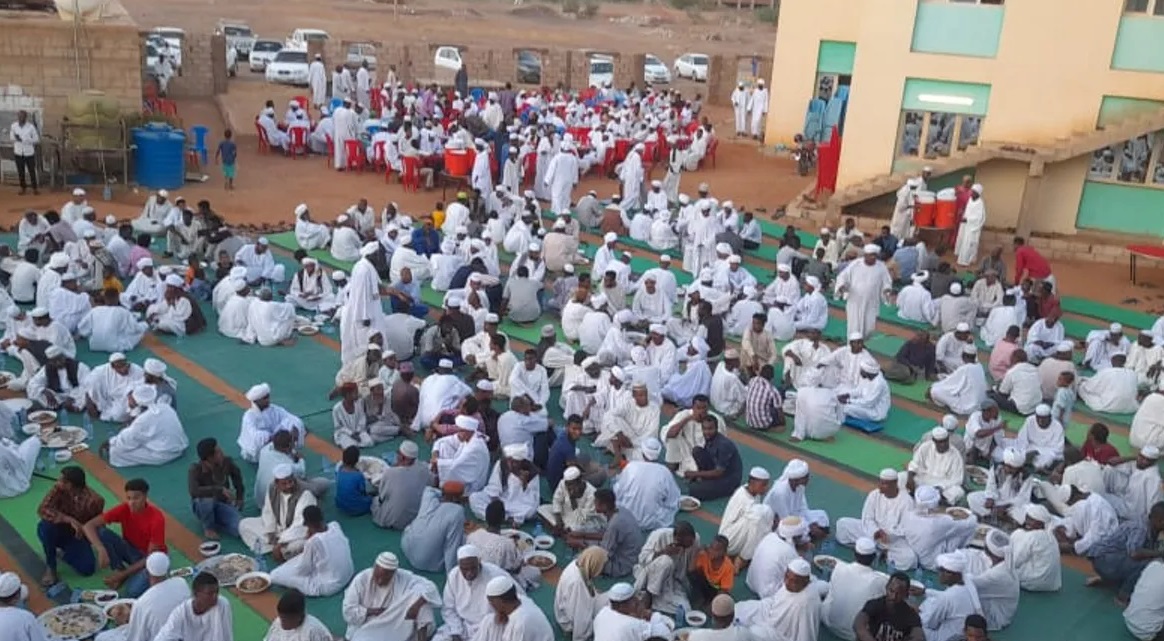 Sudan has the distinction of having a festive and festive day sponsored by adults and in which children shine, which is held at the end of the holy month of Ramadan called “Yom al-Ramatat”.

The celebration includes the setting up of full Sudanese tables at which parents and loved ones are invited to pray for the souls of the deceased on the one hand, and joyful marches led by children where they roam the streets and knock on doors while singing. popular songs.

According to Sudanese folk stories, the term (Al-Rahmat) is formed from the combination of two words, “mercy” and “come”. “Orphan Friday”, but most of the time the occasion is the last Thursday of Ramadan. Therefore, the first name is more appropriate for her.

The children sing as they walk from house to house, where they are offered “fattah with meat” and “dipped dates” in what they call “the heat”, specific songs such as “La Hara n’ was not exceeded”, Six Al-Dukah did not sign, “Set Al-Dukah did not fall” Al-Dukh is leprechaun, lemon, six lemons are crazy, “Atat Atat, Adona three Balahat, Tintin Tintin Aduna dead meat.” Sometimes the songs go as far as joking while agitating the threat. In Cairo.

Sudanese researcher residing in Egypt, Tahani Abu Al-Qasim, said: “The celebration is different now than it was in his childhood. The majority used to slaughter sheep on the day of mercy, but now it is limited to some people buy a mere amount of meat, and the phenomenon is resisting extinction and has turned into a season that l ‘waits. Poor Khalawi students and hospital guests are simple, but it’s still a happy day for the children to hold on to.

“This custom is part of a context of solidarity for which the Sudanese people are famous during the holy month of Ramadan, such as organizing a collective iftar in the street in front of houses and in squares, or welcoming foreigners or travelers on roads to break their fast,” Tahani Abu al-Qasim said.