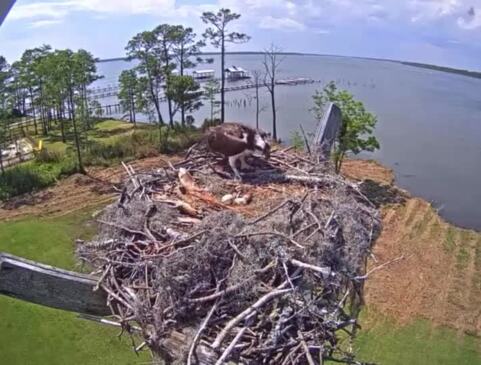 A wildlife camera streaming live from an osprey nest in Orange Beach, Alabama, captured the mother bird feeding a hatchling that the city says was born earlier in the day. Since 2014, Orange Beach has been filming an osprey nest in the city. On May 13, one of the three eggs in the nest hatched and the mother was there to feed the hungry newborn. The live webcam can be viewed from here. Credit: City of Orange Beach via Storyful