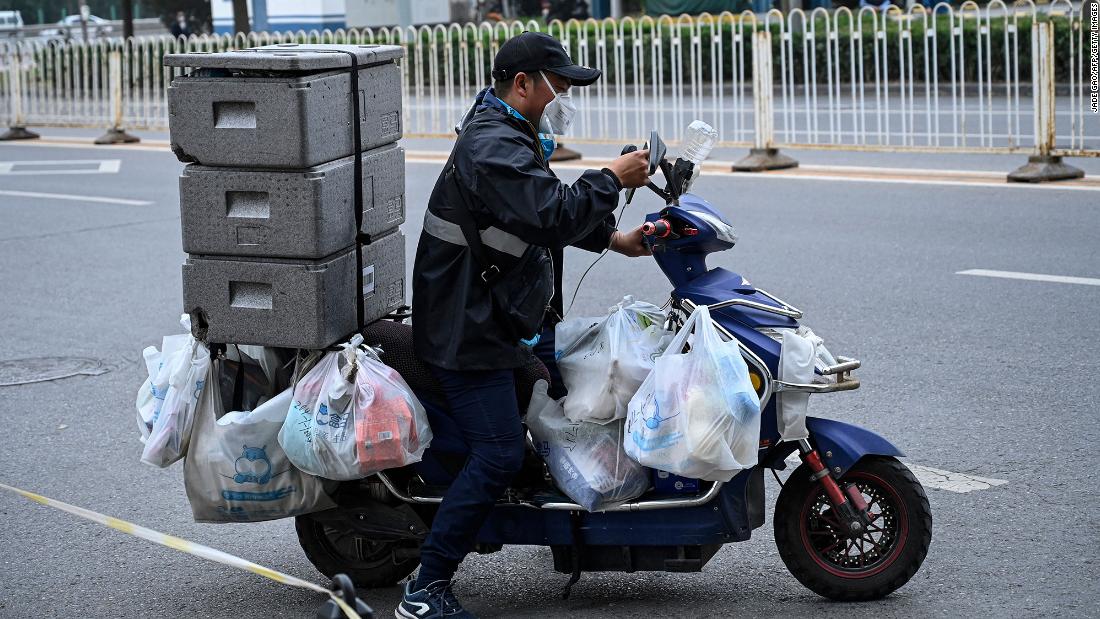 Shares of Ali Baba (BABA) rose nearly 15% by late morning after the company said revenue rose 9% from a year ago, beating analysts’ forecasts. Alibaba said the strength was due to strong demand for online and mobile shopping as well as a 12% increase in sales from its huge Alibaba Cloud unit.

Alibaba said it now has more than 1 billion active customers in China, the first time the company has hit the milestone. Alibaba has over 1.3 billion customers worldwide.

Alibaba’s Charman and CEO, Daniel Zhang, said in a press release that Alibaba was able to post strong results “despite macroeconomic challenges that impacted supply chains and consumer sentiment. consumers”.

The company hopes the supply chain disruptions may soon end. Alibaba’s chief financial officer Toby Xu said in a conference call with analysts on Thursday that “we are definitely seeing signs of improvement in early May,” although it will still take “time.” for outstanding deliveries to be delivered.

Xu added that “many merchants may need to invest to boost their revenue,” especially as retailers gear up for Alibaba’s mid-year shopping festival on June 18.

Concerns about Covid peaking in major Chinese cities remain a major concern. This has led to a shift in how (and what) Chinese consumers buy, much like in the United States and other parts of the world.

“While our user traffic and engagement have remained resilient, consumption patterns across all categories on our platforms have changed,” Zhang said on the conference call.

He noted that sales in the fashion and electronics categories have declined, but that “demand for essential supplies” such as food and personal care products “has increased significantly with more consumers stocking up at home. “. Zhang said other categories, such as healthcare, sportswear and outdoor products, have also seen rapid growth.

Major US retailers such as walmart (WMT) and Target (TGT) reported similar trends.
But Alibaba faces other significant challenges. Chinese regulators have taken a closer look at its homegrown tech giants in recent years. And many large Chinese companies operating in the United States could be forced to withdraw from the New York Stock Exchange and Nasdaq.
The carpooling application Didi is doing just that. Luckin Coffee, a competitor of Starbucks (SBUX)has already been delisted, although the company has made an impressive comeback in China following accounting issues.
Tension between China and the United States also remains high. President Biden continued to speak forcefully about possible military intervention in China if it attacked Taiwan.
However, Biden and US Treasury Secretary Janet Yellen have hinted at removing some of the most onerous Trump-era tariffs on Chinese goods.
Other major Chinese companies have also reported more upbeat results lately. Alibaba rival JD.com (J.D.) recently said its latest quarter sales exceeded forecasts. And the Chinese search giant Baidu (BEGINNING) announced better-than-expected results on Thursday thanks to the growth of its cloud and artificial intelligence units.
Baidu shares rose 10% on Thursday. But its stock is still down more than 10% over the year. Alibaba, JD and other major Chinese tech such as online retailers Pinduo-duo (PDD) and electric car manufacturers Nio (NIO)Xpeng and Li Auto are still down sharply in 2022 despite recent rebounds.