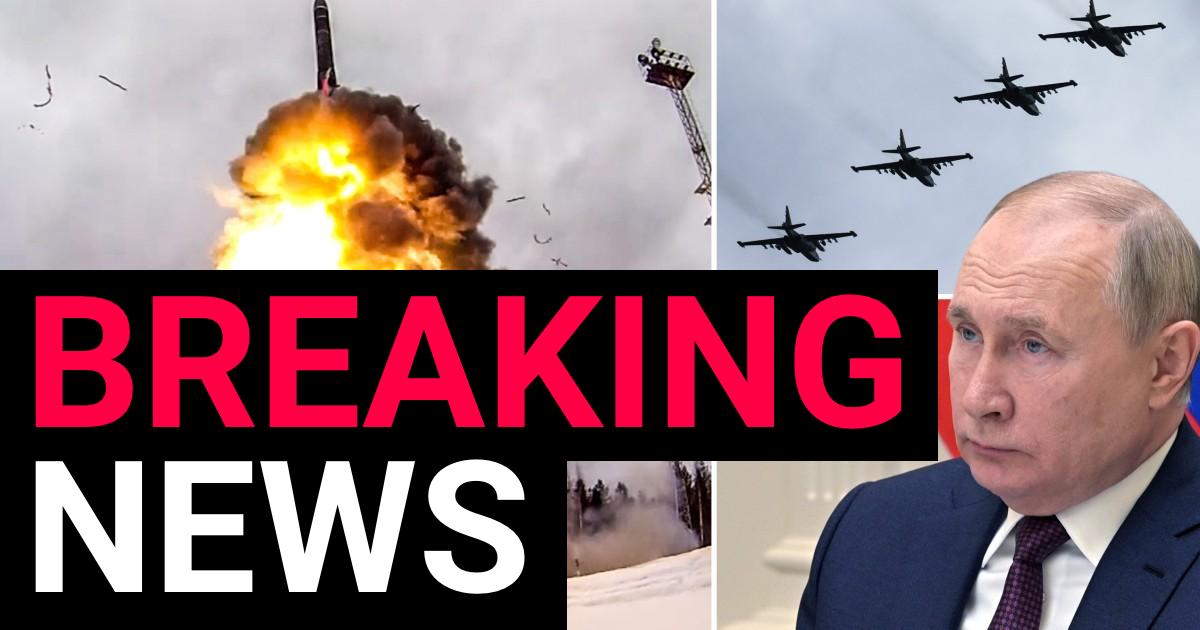 All signs are pointing towards a ‘full-fledged’ attack on Ukraine by Russia, the head of NATO has warned.

It follows a spike of violence in the region, with Ukrainian military officials having to shelter from shells fired by pro-Moscow separatists in the east of the country.

An explosion last night at a gas pipeline near Luhansk and a car bomb in Donetsk, both rebel held cities, were blamed by the Kremlin as attacks on Russian-loyalists.

But Ukraine and the West fears these explosions could have been staged as part of a ‘false flag’ operation to justify an attack.

The signals coming out of Russia suggest that Moscow is ready for a ‘full-fledged attack’ on Ukraine, NATO chief Jens Stoltenberg said today, echoing US warnings.

‘Every indication indicates that Russia is planning a full-fledged attack against Ukraine,’ he told German broadcaster ARD on the sidelines of the Munich Security Conference. He added: ‘We all agree that the risk of an attack is very high.’

This evening multiple loud explosions were heard in Donetsk, but the exact nature of the blasts is not yet clear.

Today Ukraine’s President Volodymyr Zelenskyy called for Russian President Vladimir Putin to meet him and seek resolution to the crisis.

‘I don’t know what the president of the Russian Federation wants, so I am proposing a meeting,’ he said at the Munich Security Conference.

‘Ukraine will continue to follow only the diplomatic path for the sake of a peaceful settlement.’

There was no immediate response from the Kremlin. Russia has continually denied plans to attack its neighbour, despite amassing up to 190,000 troops on its border.

President Vladimir Putin has demanded legal guarantees that his neighbor is never allowed to join NATO.

The Russian leader feels the defensive alliance has expanded far too eastwards and poses a threat to Moscow.

He worries that if Ukraine became a member, it would have the military power to take back Crimea, which was annexed in 2014.

Putin has insisted that troops are slowly withdrawing now their exercises have finished, but both Western leaders said they have seen ‘no evidence’ of this.

After weeks of holding out, yesterday it emerged the UK’s ambassador to Ukraine was relocating from Kiev to the western city of Liviv amid fears of an imminent attack.

This is a breaking news story – more to follow.

Get in touch with our news team by emailing us at webnews@metro.co.uk.

For more stories like this, check our news page.

Get your need-to-know latest news, feel-good stories, analysis and more