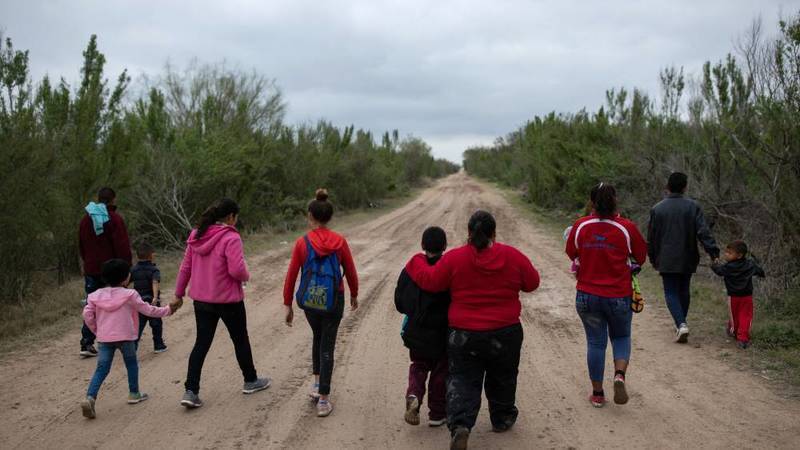 The United States announced on Sunday that it was ready to face a massive influx of immigrants from the border with Mexico, after the end of a procedure allowing their immediate expulsion, which aroused controversy among Republicans, and worries Democrats.

In a statement to CNN, US Homeland Security Secretary Alejandro Mallorcas confirmed his department’s readiness to deal with a new influx of immigrants expected after “Chapter 42” expires on May 23, a measure which has made it possible over the past two years to deport immigrants detained at the border. immediately.

He addressed those who wished to immigrate irregularly, saying: “Don’t come”.

Despite the restrictions, US Border Patrol have arrested an average of 7,800 illegal immigrants a day over the past three weeks, nearly five times the rate of 1,600 a day between 2014 and 2019 before the pandemic.

Responding to a question about the authorities’ expectations that the number of arrivals will reach 18,000 per day after the restrictions are lifted, Mayorcas said: “We are not expecting 18,000, but we are preparing for different scenarios.” “There is no doubt that if we reach this number, our system will be under extraordinary stress. But we are preparing for it. »

Since the introduction of Chapter 42 in 2020, authorities have carried out more than 1.7 million evictions.

But the Biden administration’s drive to lift the measure is threatened by a ruling on Monday, which supports the view of Republican-led states that have called for blocking the president’s decision. A hearing will be held on May 13 to determine whether the government can lift the measure.