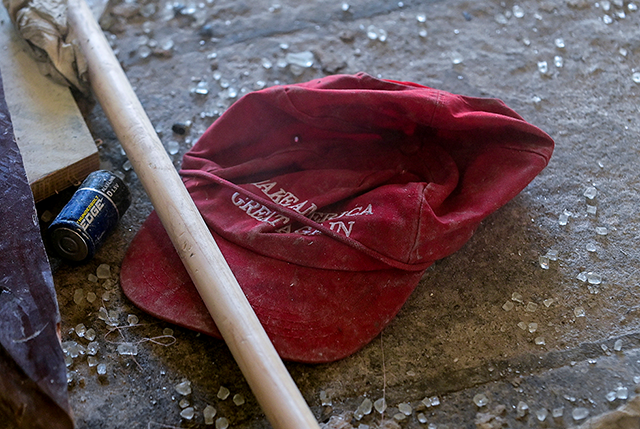 A month backI shared a weird new word I had just learned, “anocracy,” which refers to a form of government that is neither a full democracy nor a full dictatorship, but has elements of both, and to Barbara F. Walter, a University of California political scientist who studies it. Her insights impressed me but also gave the creeps.

Yesterday, I stumbled on another quote from her in The New Republic, in a roundup of quotes asking scholars and experts, including Walter: “How worried are you that political violence will increase ahead of the 2024 presidential election?”

Of course, most of those surveyed were plenty worried. But Walters’ quote was pithy and among my favorites in the roundup, so I pass it along here ( it will help to know that Walter’s recent book was titled “How Civil Wars Start: And How to Stop Them).

Here’s Walter’s alarming answer to the question above: “The US has both factors that increase the risk of civil war: a partial democracy and one whose citizens are engaging in racial politics. Every year that the US refuses to strengthen its democracy, and the Republican Party refuses to widen its appeal beyond white Americans, increases our risk of political violence. And these have both only gotten worse since January 6.”

The full New Republic roundup of five experts on the question is accessible here. The New Republic has a pay wall, but you can read three pieces for free if you aren’t a subscriber.

MinnPost’s in-depth, independent news is free for all to access — no paywall or subscriptions. Will you help us keep it this way by supporting our nonprofit newsroom with a tax-deductible donation today?