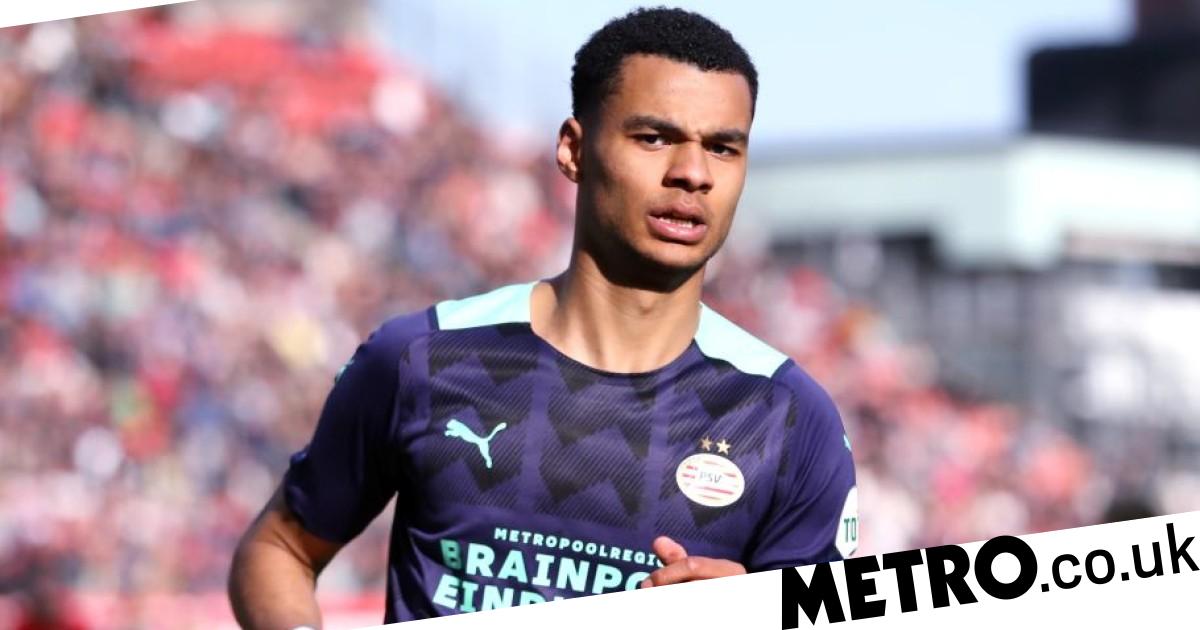 Arsenal transfer target Cody Gakpo has revealed he grew up idolizing Thierry Henry as a youngster and is dreaming of a move to the Premier League.

The PSV Eindhoven winger is one of Europe’s most highly-rated youngsters and has enjoyed a stellar season, scoring 17 goals and registering 15 assists.

Arsenal are in the market for a new forward following their decision to let Pierre-Emerick Aubameyang leave during the January transfer window, while doubts remain over the futures of soon to be out of contract starts Eddie Nketiah and Alexandre Lacazette.

Gakpo, 22, signed a contract extension in January but PSV are still said to be open to the prospect of cashing in on a player who is valued at just over £40million.

Arsenal’s hopes of securing a top four finish suffered a major setback on Monday when they were hammered 3-0 by Crystal Palace, and have been warned that Champions League football will be a crucial factor when Gakpo ultimately makes a decision on his future.

He told The Sun: ‘I try to stay focused on what I am doing now and finishing the season really well, then after that I can focus on something else.

‘If I can make a step to a team who plays in the Champions League every season, of course it is my dream. But I still have a contract and there is a new coach coming in — but maybe there comes a club I cannot say no to.

‘Maybe they won’t come and I have to stay but for now I just want to keep working on this season.’

On the prospect of moving to England, he added: ‘The Premier League is a big league. Virgil van Dijk plays there with Liverpool so I like to watch them.

‘We are not the same kind of league but I think we try to look at the Prem and learn about it. Everybody wants to play one time in the Prem. I don’t favor one team but I like Arsenal a lot.

‘I looked up to Henry when I was younger because he was a tall guy who played on the wing.’

‘Van Nistelrooy was my striker trainer in the academy,’ Gakpo revealed. ‘I have learned a lot from him and I look up to him. He’s spoken to me about how to finish in certain situations and it helped me a lot.

‘I have learned a lot from him and I look up to him. He’s spoken to me about how to finish in certain situations and it helped me a lot.

‘He told me some tricks on shooting and keeping my options open. Shoot low and hard, not beautiful and high. A goal is a goal, you know. I am grateful he did.’

MORE: ‘I really like him’ – Wayne Rooney reveals admiration for Arsenal star Emile Smith Rowe and compares him to Adam Lallana

For more stories like this, check our sport page.