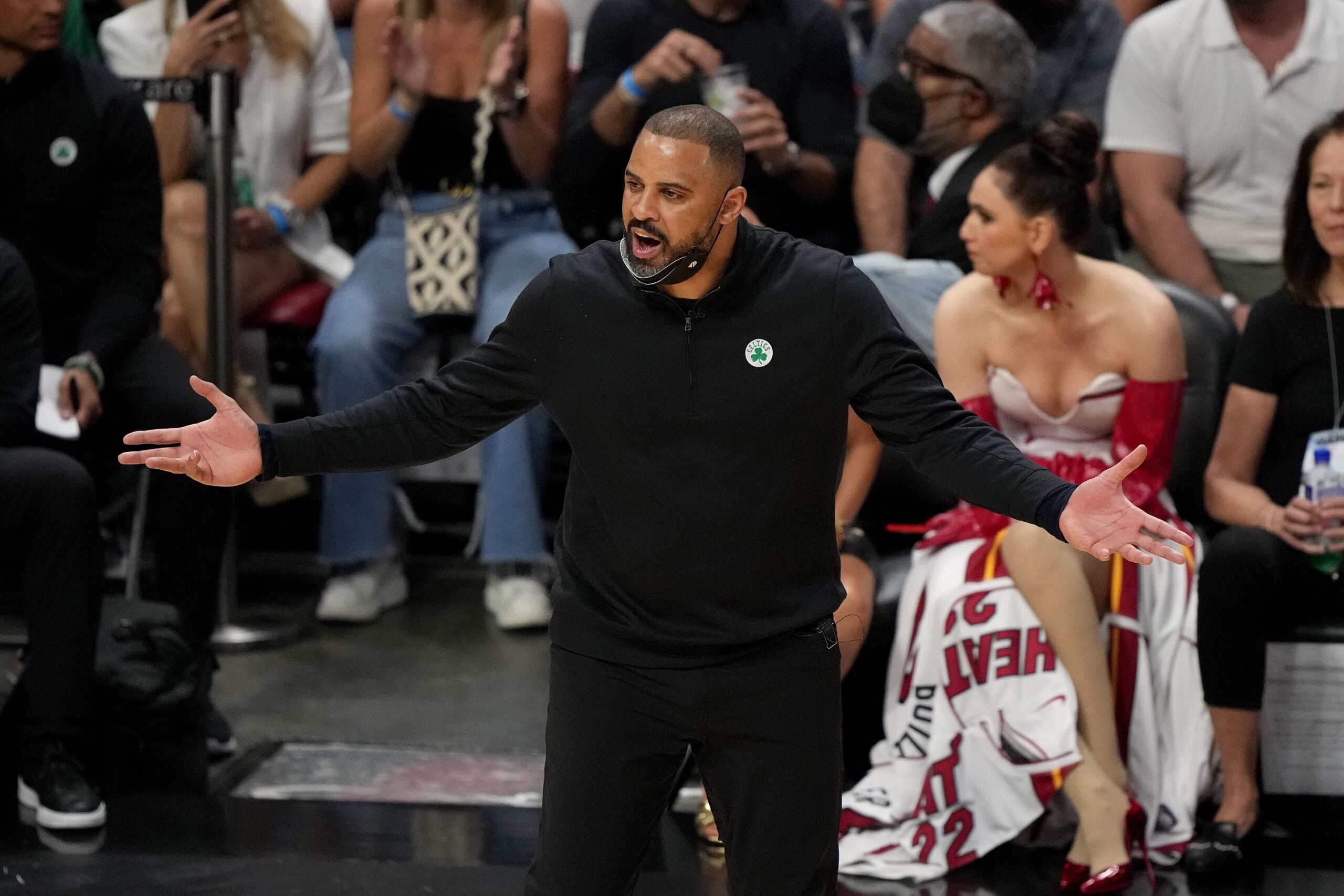 Moments after his team qualified for the NBA Finals, Ime Udoka was not celebrating. He wanted to put something in perspective.

At the end of his postgame press conference, the Celtics coach – fresh off a 100-96 Game 7 win over the Miami Heat at FTX Arena – took time to address the shooting in Uvalde, Texas that killed 19 elementary students and two teachers last week.

“One thing I want to say and raise awareness,” he began, unprompted, “as we all celebrate this win, I can’t help but think – you know, when I talk to my son, a 10-year-old – I think of Uvalde and what happened.

“We’re talking about this game that we love and put all our passion into, and it’s not life or death. We win or we lose, we go home and hug your kids, and you move on to something else. We will be happy if we win and we will be dejected if we lose.

“But you sit down and think of 19 kids and two adults who don’t understand that. It’s life or death. It’s real. It’s something I don’t want to forget. The awareness of this. It just happened a week ago, and it already seems to be sunk into people’s memories. Change is necessary. It’s a game we play. No matter the outcome, it’s not life or death. Bottom line. Just keep that in our minds.

It wasn’t the first time Udoka had spoken about the shooting. On Wednesday, before Game 5 in Miami, he noted Uvalde’s closeness to San Antonio, where Udoka played and coached for several years.

“It’s tough, and being in San Antonio all these years, Uvalde is very close,” Udoka said Wednesday. “You see the [highway] signs all the time, it’s a 60-75 minute drive. This is a tragic situation for this community, for our country in general.

Udoka’s son is the same age as a number of deceased children.

“It’s the first thing you think of as the father of a 10-year-old,” he said Wednesday. “Getting these calls or this frantic news and just unimaginable, honestly, to find yourself in this situation as a parent.”

Udoka also criticized the lack of action despite the deadly shootings in recent weeks in the United States.

“It seems like these things are still happening, and it’s not really a red flag and nothing is really changing,” he said. “And so that’s what stands out. And after? Things happened last week in Buffalo and this one yesterday. What’s going to happen? What will change? This is the underlying theme.

Udoka wasn’t the only one trying to raise awareness about gun control in this Eastern Conference Finals series.

The Celtics and Heat held moments of silence for the victims of the massacre before games. Both teams urged fans to contact their senators, saying fans can demand “support for common sense gun laws” from their senators.