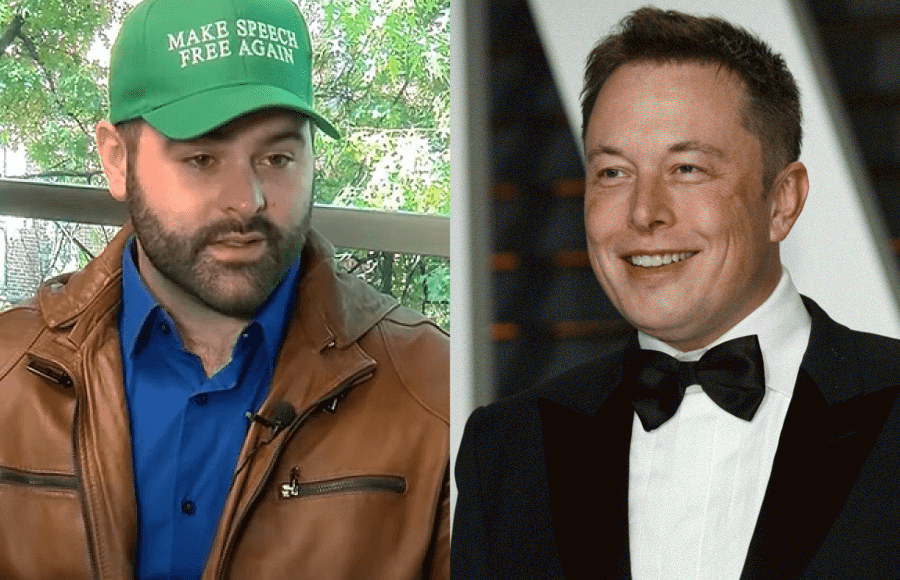 CLARKS SUMMIT, PA – Following the news on Thursday that South African business tycoon Elon Musk had made an unsolicited offer to buy 100 percent of Twitter at $54.20 per share – which would amount to a whopping $43.4 billion – the CEO of conservative social media website Gab .com encouraged the Tesla CEO and world’s richest man to instead invest in his platform which has built its own infrastructure.

“I founded Gab in 2016 because I believe in its potential to be the platform for free speech around the globe and I believe free speech is a societal imperative for a functioning constitutional federal republic,” he said.

Torba in an email newsletter on Friday applauded Musk’s goal of taking Twitter over and making it a “platform for free speech,” but cautioned him that he would be an uphill battle due to the logistics of Twitter itself, in addition to what he claimed was rampant censorship on the part of tech companies throughout the world.

Big Tech is using a content filtering system for online censorship. Take a few moments and watch our short video about NewsGuard to learn how they control the narrative for the Bladestream Media and help keep you in the dark. NewsGuard works with news apps and search engines to make it harder for you to find certain content they feel is ‘missing context’ or stories their editors deem “not in your best interest” – regardless of whether they are true and/or factually accurate. They also work with large payment processors and ad-networks to cut off revenue streams to publications they rate poorly by their same bias standards. This should be criminal in America. You can bypass this third-world nonsense and help support us by signing up for featured stories by email and get the good stuff delivered right to your inbox. Help Support Free Speech.

Twitter has legacy problems that Gab doesn’t. They are fully dependent on third-party infrastructure. We are not. We “built our own,” everything. Hosting, email services, analytics tools, ecommerce, payment processing, all of it. We built it all,” he said. “You also have to consider that bringing free speech to Twitter isn’t as simple as buying it. Apple and Google do not allow free speech, so if you stop the censorship they will kick Twitter from both app stores. We already solved that problem and overcame it.”

“Twitter operates in countries where mass censorship is required by law. They have offices in these countries. They have no choice but to comply with the censorship demands of those countries or risk being shut down, fines, etc.,” Torba continued. “We understand this very well and have dealt with it, telling those countries to get lost.”

Torba also claimed that Twitter’s community “skews massively left and thus anti-free speech” and would abandon the platform of Musk’s plans to remove censorship come to pass; this would have the consequence of lowering advertising revenue, he said.

Instead of rolling the dice with his potential Twitter acquisition, Torba encouraged Musk to instead abandon those plans and throw in with Gab, which has encountered accusations in recent years of racist and anti-Semitic user content resulting in issues with sustainable web hosting services; Torba has countered those claims, insisting instead that his website is the victim of global “Big Tech” censorship.

As a means of possibly alleviating the platform’s web hosting woes, Torba suggests the use of a satellite internet network operated by Musk’s SpaceX company, and offered him a seat on Gab’s Board of Directors and the opportunity to invest in the company.

“What we are missing at the moment is an ISP. I fear that the next big leap of censorship is at the ISP level, with ISP’s blocking access to Gab.com. You solve that problem with Starlink. Together we can build infrastructure for a free speech internet,” he said. “I am willing to offer you a Board seat along with equity in the company in exchange for you selling your Twitter position and investing $2B into Gab. My offer is my best and final offer.”

“Gab has extraordinary potential. Let’s unlock it together,” Torba added.

Musk has yet to publicly comment on Gab’s offer.