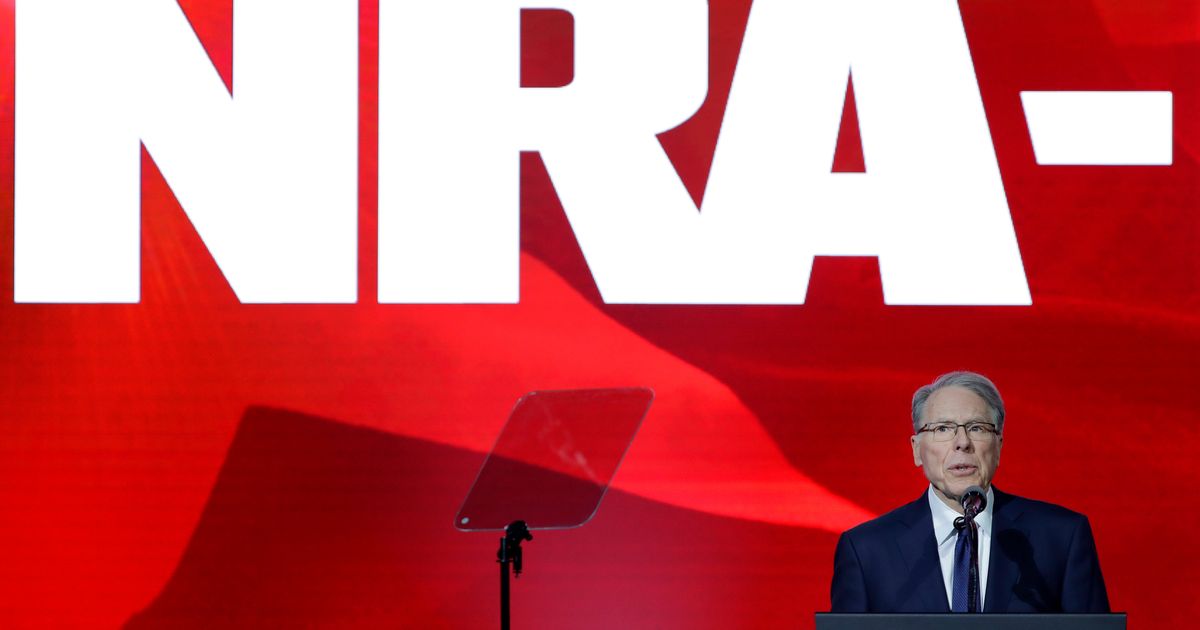 HOUSTON (AP) — For a brief moment in 2012, it seemed like a national standoff over guns was breaking.

Adam Lanza, a 20-year-old gunman, broke into a Connecticut elementary school and slaughtered 26 people, mostly children, with an AR-15 type rifle. The flags flew at half mast. A sporting goods chain has suspended the sale of similar weapons. And longtime proponents of gun rights from both parties in Congress have said they are open to considering new legislation. The issue was complex, said then-President Barack Obama, but everyone was compelled to try.

Then, a week after the bloodshed at Sandy Hook Elementary School, America’s most powerful gun lobby made its position public and the effort unraveled.

“The only thing that stops a bad guy with a gun is a good guy with a gun,” National Rifle Association CEO Wayne LaPierre said in a provocative speech that blamed video games, cowardly lawmakers, the media and a perverted society for carnage, while calling for armed guards in schools across the United States

Nearly a decade later, the nation stands at another crossroads. A gunman killed at least 19 children with a similar weapon at an elementary school in Uvalde, Texas on Tuesday in the country’s second massacre this month. This time, however, LaPierre didn’t need to address the bloodshed — the organization’s Republican allies in Congress did.

“The problem starts with the people. Not with guns. Alabama Sen. Tommy Tuberville, who holds an A grade and an NRA endorsement, told reporters Wednesday, bluntly summarizing the position of many GOP members, especially given the party’s recent shift to the right. . “I’m really sorry this happened. But the guns aren’t the problem, okay. People are the problem. This is where it starts. And we have always had guns, and we will continue to have guns.

A lot has changed since Sandy Hook. The NRA is on the ropes after a series of costly financial scandals and lawsuits. And a rising gun control movement has poured tens of millions of dollars into political campaigns to counter their message. Moms Demand Action, for example, was founded the day after the Sandy Hook shootings.

“How many children still have to die? said founder Shannon Watts this week. “How many parents, teachers, buyers and worshipers, and lives must be taken for our leaders to do something? Any senator who sides with the gun lobby, who blocks change that saves lives, chooses the carnage and profits of the gun industry over the precious lives of our children.

But even as the mass shootings continue unabated, in Washington one thing remains the same: Republicans and Democrats both agree that legislation tightening gun laws is unlikely be passed by a narrowly divided Congress. The standoff, which persists even as public support for some tougher gun laws, is a testament to the enduring influence of gun rights groups, which have spent $171 million to make pressure on the federal government since 1989.

“I want to be more optimistic. But I don’t think that will change,” said Sen. Chris Coons, D-Del.

The NRA is no longer the power it once was, and in its wake, other right-wing gun groups have gained, such as the Gun Owners of America, which bills itself as the gun lobby “ without compromise “. There are multiple gun rights alliances operating at the state level and also wielding enormous influence in legislatures. But in 40 years of working to loosen gun laws, the NRA has largely set the cultural tone on the right and remains the most prominent.

“You don’t need the NRA anymore, really, to take the lead because opposition to gun laws is so now a litmus test of conservatism and the Republican Party that it has momentum of its own,” said Robert Spitzer, professor of political science. at the State University of New York at Cortland and author of five books on gun politics.

“As we’ve seen stumble in recent years, it’s not that gun culture has weakened globally,” adds David Yamane, a sociology professor at Wake Forest University who studies American gun culture. fire arms. “There are other membership organizations that have sprung up or grown to fill some of the void that the NRA used to serve.”

The organization has built a well of goodwill by disbursing more than $70 million to pursue the political ambitions of Republicans who currently sit in Congress, often running ads attacking Democrats, according to an analysis of data from the Center for Responsive Politics. , which tracks political spending. They spent a relatively modest $171,000 to help pro-gun Democrats who currently sit in the House or Senate, according to the analysis.

NRA gold standard endorsements are also sought after by Republican candidates, especially in primaries, where they serve as a cultural shorthand for what it means to be a conservative. Receiving a poor letter grade from the organization can be a major cause for concern.

Yet as the NRA meets this week in Houston for its first convention since 2019, current and former board members say the secretive organization faces a growing crisis.

The New York Attorney General’s office filed a lawsuit seeking to disband the organization. Court proceedings revealed how LaPierre and others embezzled tens of millions of dollars for lavish personal trips and no-show contracts for associates, among other questionable expenses.

This led to the organization filing for bankruptcy in 2021. But a judge dismissed the case, which was brought by LaPierre without the consent of the NRA board, ruling that it had not been filed. in good faith.

The financial struggles have led to mass layoffs, curtailed programs and a sharp drop in political spending, which peaked in 2016 when the organization spent $54 million, most of it helping Donald Trump win the White House.

NRA contributions, once deserving of the goodwill of generations of lawmakers, have fallen sharply over the past two years, according to campaign finance data compiled by the nonpartisan Center for Responsive Politics, which tracks the money in politics.

“The NRA is really becoming a shell of itself,” said former NRA board member Rocky Marshall. “He can’t carry out the NRA’s mission because all the money is spent on lawyers.”

Marshall is backing a push to replace LaPierre with Allen West, the former Texas GOP party chairman. Marshall also hopes to step back from the culture wars and find common ground with gun safety advocates. “Instead of being antagonistic or defensive, we need to have a dialogue because there is so much more we can do to prevent gun violence like this.”

One area where he remains formidable is his lobbying of the federal government. In 2021, the organization nearly matched its past records set in 2017 and 2018, spending more than $4.8 million, according to the records. Guns themselves are also part of the culture. Gun purchases have increased dramatically during the pandemic, and a 2021 National Gun Survey found that 81 million Americans own guns. While the NRA only claims a fraction of that, around 5 million, as members they tend to be vocal.

NRA spokesman Andrew Arulanandam said the group’s claims of disappearance are “wishful thinking on the part of our critics”.

“The reality is very different and the results speak for themselves,” he said.

Still, an NRA brand that some see as toxic has presented an opportunity for other gun advocacy groups, including some who are taking a more measured tone.

The National Shooting Sports Foundation, which represents gun dealers, spent more than $4.8 million on lobbying last year, reaching parity with the NRA. He has avoided heated partisan rhetoric and has growing influence as the NRA star has declined.

“We are not going to approach those who disagree with our views or our industry in a denigrating manner,” said Mark Oliva, NSSF’s general manager of public affairs.

The gun rights movement also continues to have success at the state level, where it has focused on repealing laws requiring a license to carry a concealed handgun. About half of US states have struck down these laws, with Texas, Indiana and Tennessee all doing so last year.

The Supreme Court, meanwhile, is expected soon to hand down its biggest gun ruling in more than a decade, which is expected to make it easier to carry guns in public in some of the nation’s biggest cities.

For gun owners who traveled from across the country for the convention, the NRA remains a go-to. Barbara Galis, 75, of Racine, Wisconsin, said she was concerned about allegations of mismanagement but was unsure another organization “has the clout to support gun rights.”

“What other lead do we have?” Where are we going?” she said.