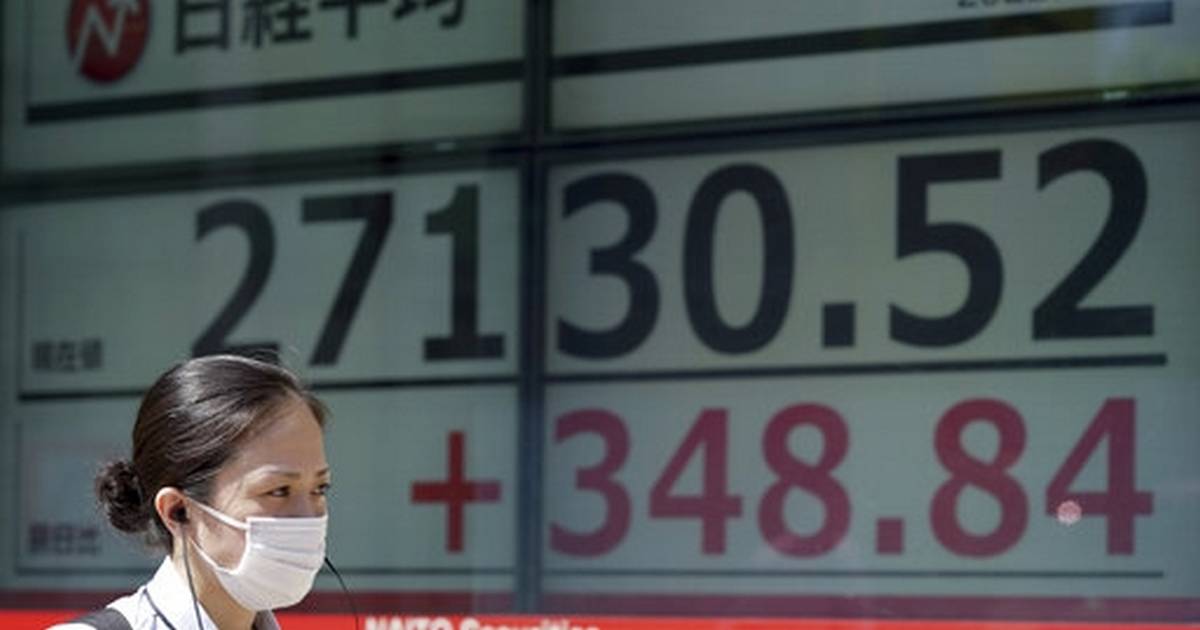 BEIJING — Asian stocks rose on Monday after Wall Street rebounded from a seven-week streak of declines and China eased virus restrictions on business activity in Shanghai and Beijing.

Shanghai, Tokyo, Hong Kong and Sydney grew. Oil rose more than $1 a barrel to stay above $110.

On Wall Street, the benchmark S&P 500 ended Friday up 6.6% for its biggest weekly gain in 18 months after inflation fell in April. US markets will be closed on Monday for a public holiday.

“Markets rallied over the long weekend, setting a positive tone at the start of this week,” ING economists said in a report.

The Shanghai Composite Index rose 0.6% to 3,148.16 after the Chinese government allowed more factories and stores to reopen in Beijing and Shanghai. Shanghai, the country’s commercial capital, announced tax breaks and subsidies to help businesses recover from a two-month shutdown.

Investors were relieved after Commerce Department data showed that US inflation, which prompted the Federal Reserve to raise interest rates, slowed to 6.3% year on year earlier in April, its first drop in 17 months.

Markets are worried about whether the Fed can control inflation, which is at its highest level in four decades, without tipping the world’s largest economy into recession.

The U.S. market has slumped over the past two months on fears of interest rate hikes that could dampen economic activity, and the impact of Russia’s war on Ukraine and a Chinese economic slowdown.

Disruptions to manufacturing and trade due to China’s shutdown of Shanghai and other industrial cities to fight virus outbreaks have also added to inflationary pressures.

More factories, shops and other businesses are allowed to reopen this week in Shanghai and the Chinese capital, Beijing, after authorities declared the outbreaks under control. The Shanghai city government has promised rent and tax cuts, faster approvals for construction projects and more subsidies for the purchase of electric cars.

In energy markets, benchmark U.S. crude rose $1.15 to $116.22 a barrel in electronic trading on the New York Mercantile Exchange. Brent crude, the price base for international oils, advanced $1.16 to $116.72 a barrel in London.