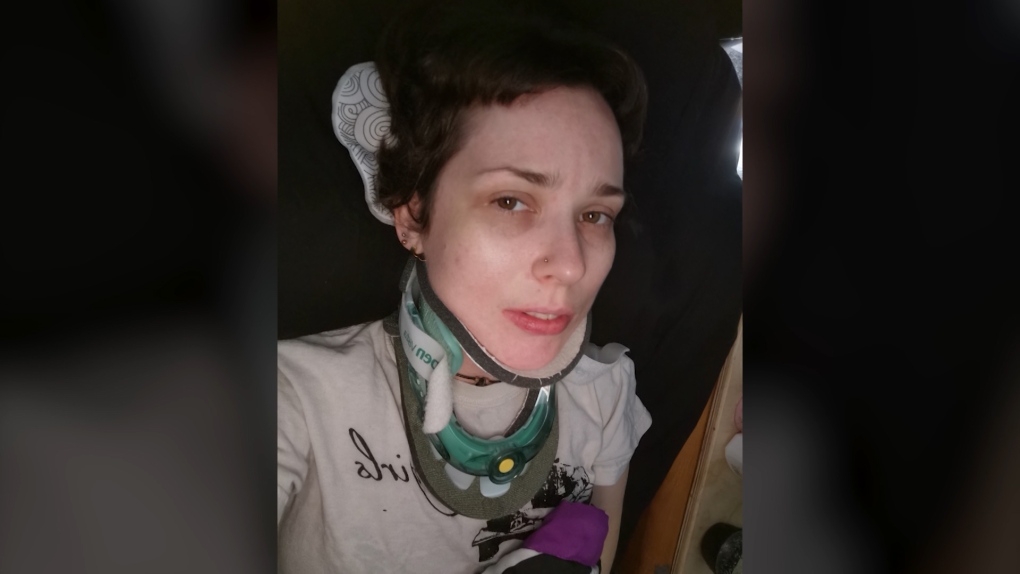 A Victoria, BC mother with a rare and debilitating disease is in desperate need of help.

But the 37-year-old said that after waiting years for surgery, she is now considering medical assistance in dying.

“I just suffer. So it’s…not living,” Rosie Ashcraft said in an interview with CTV News.

“It destroyed my life,” she said, adding that it took years to get an accurate diagnosis.

For her, that means wearing a brace to keep her neck stable. She also has constant joint pain and feels weak.

“I have terrible chronic pain,” she said. “The pain is horrible.”

On bad days, she said it “felt like an ax in the back of my head.”

She cannot work and spends most of her days in a medical bed at home.

Despite painkillers, Ashcraft said her condition was getting worse. She wants surgery to stabilize her neck.

“Surgery can reduce my pain. It will also keep me much safer because having an unstable upper neck is dangerous,” she explained.

She accepts that nothing can “cure” her EDS, but she believes surgery will make her more comfortable.

But she said she had been waiting nearly four years to see a neurosurgeon and still hadn’t received an appointment.

CTV News reached out to the Department of Health Wednesday night with questions about Ashcraft’s case, but two days later still hadn’t received an answer. However, CTV News posed some questions to the Minister of Health at a public event on Friday.

“Sometimes when someone has a specialized need it can be difficult, and those decisions about who and when they see a doctor or a surgeon…are largely made by doctors, for good reasons,” said said Adrian Dix.

“But that doesn’t mean there aren’t exceptional challenges and our hearts go out to everyone battling serious illness.”

Although CTV News contacted the Department of Health earlier and requested an interview with Dix, he said he had not personally received any information about the case.

He also said his government had made a “tremendous effort” to reduce surgery waiting times.

CTV News also heard from other EDS patients and advocates in British Columbia and other parts of Canada. All said there was not enough support for the patients.

“Canadians with these conditions, whether they live in British Columbia, Nova Scotia, Manitoba or Ontario, face the same challenges accessing neurosurgical care,” said Sandy Smeenk, executive director of the Foundation. ILC in an email statement.

“For the neurological deficits they suffer, including debilitating chronic pain, they are forced to seek diagnosis and treatment abroad at their own expense.”

Ashcraft considered having surgery in the United States and tried to raise money, but said the cost was around $100,000.

She would like health care in British Columbia to cover the cost of surgery since she was unable to obtain it here.

But with nowhere to go and little hope, a struggling Ashcraft considered MAiD.

“I don’t want my family to see me suffer like this for years,” she said.

“Death always scares me a bit, but what scares me the most is that I’m starting to lose my fear of death,” she added.

“We don’t want that to happen and we have a lot of things that we have planned over the years,” Eliot Guedes said.

“I tend to see her consuming a lot of her medication robotically. I’m pretty sure that’s kind of how she feels.

The family said what they desperately need is help.