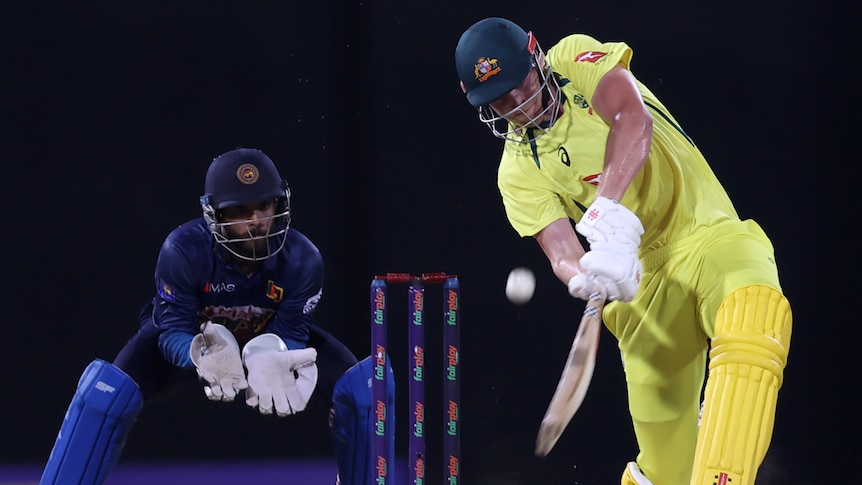 Captain Aaron Finch says Australia still need to improve under the rotational conditions, but was encouraged by their determination after overcoming a poor batting start and difficult pitch to beat Sri Lanka by four wickets in the ODI final in Colombo.

Sri Lanka had won the five-game series in Game 4, but the loss brought the final score to 3-2.

Finch pointed to Sri Lanka’s ability to build larger partnerships as the difference.

Wicketkeeper Alex Carey (45 from 65 balls) paced Australia’s pursuit from a wicket delivering an extravagant trick, frustrating bowlers with a series of sweeps as his side reached their target with 10.3 overs to resell.

Australia struggled early in their innings against off-spinner Maheesh Theekshana’s prodigious spin (2-26 from 10), but the middle order showed more composure on a spinning wicket than through the passed, a pleasant sign ahead of next year’s World Cup in India. .

Carey and Labuschagne went 51 for the fifth wicket, marking only one limit in their partnership, skillfully maneuvering the ball into spaces rather than playing risky shots.

Australia threw 94 no-limit balls and when Glenn Maxwell (16 from 17) was cleared by a superb delivery from impressive 19-year-old spinner Dunith Wellalage (3-42 from 10), they needed another 40.

But Carey and Cameron Green (25 out of 26) led Australia to victory with an airy partnership, the latter finishing the match with a six.

“We understand where our shortcomings are coming from. It’s no secret that we tend to struggle a little more in these conditions when they get big,” Finch said.

“The confidence in the group to cross the line in a close pursuit, although (only) 160, was still very important.

“Looking forward, we understand that we still have to keep improving under these conditions, but these were quite extreme compared to what we might face in India.

“I’m not sure I’ve seen the ball spin from the first ball like it did today, so the fact that they [Carey and Green] resisted some really good bowling, especially Theekshana, who was on fire, was really impressive.”

Earlier, Sri Lanka produced their worst batting effort of the series, disallowed in just 43.1 overs after winning the toss.

Chamika Karunaratne, who had a previous ODI best score of 44, showed admirable resilience, scoring 75 on as many balls.

Frontline pacemakers Josh Hazlewood (2-22 of 7) and Pat Cummins (2-22 of 6.1) and spinner Matthew Kuhnemann (2-26 of 10) played well and were helped by shots clever and thoughtless shots.

Finch revealed that footman Mitchell Swepson was set to play in the match, but was ejected due to a stomach issue.

Host country supporters showed their appreciation for Australia with many participants wearing yellow shirts and others bringing banners thanking the visitors.

“It was exceptional, the people of Sri Lanka are wonderful people,” Finch said.