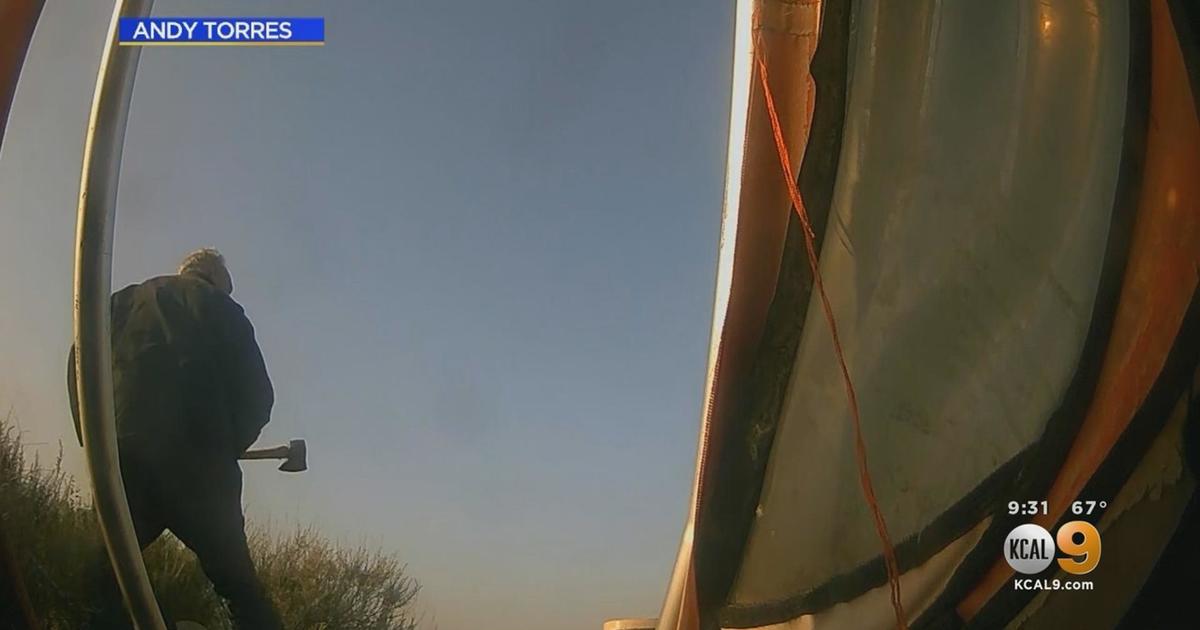 Andy Torres said he was playing his drums out near a trail at Todd Longshore Park on Saturday morning when an ax-wielding attacker began to chop up his drum kit.

The 36-year-old musician had been learning how the drums, playing at sunrise and sunset while wearing a mask a part of a persona. He claimed that no one complained about his music.

“It took everything in me not to want to launch at the guy,” Torres said. “But I knew I couldn’t do that.”

Torres said his attacker struck his drum kit several times nearly destroying it before he threatened him again and while he captured the attack on his GoPro camera, he wasn’t able to film the man pulling a gun on him. When Torres told the man that he captured everything on the tape, the man instantly changed his attitude and began to leave.

Torres was able to capture the man’s vehicle and license plate. He filed a report and turned the video over to the Los Angeles County Sheriff’s Department.

While his drums were chopped up, Torres said that this attack will not ruin his love for music and he’ll find a way to mend his drums.