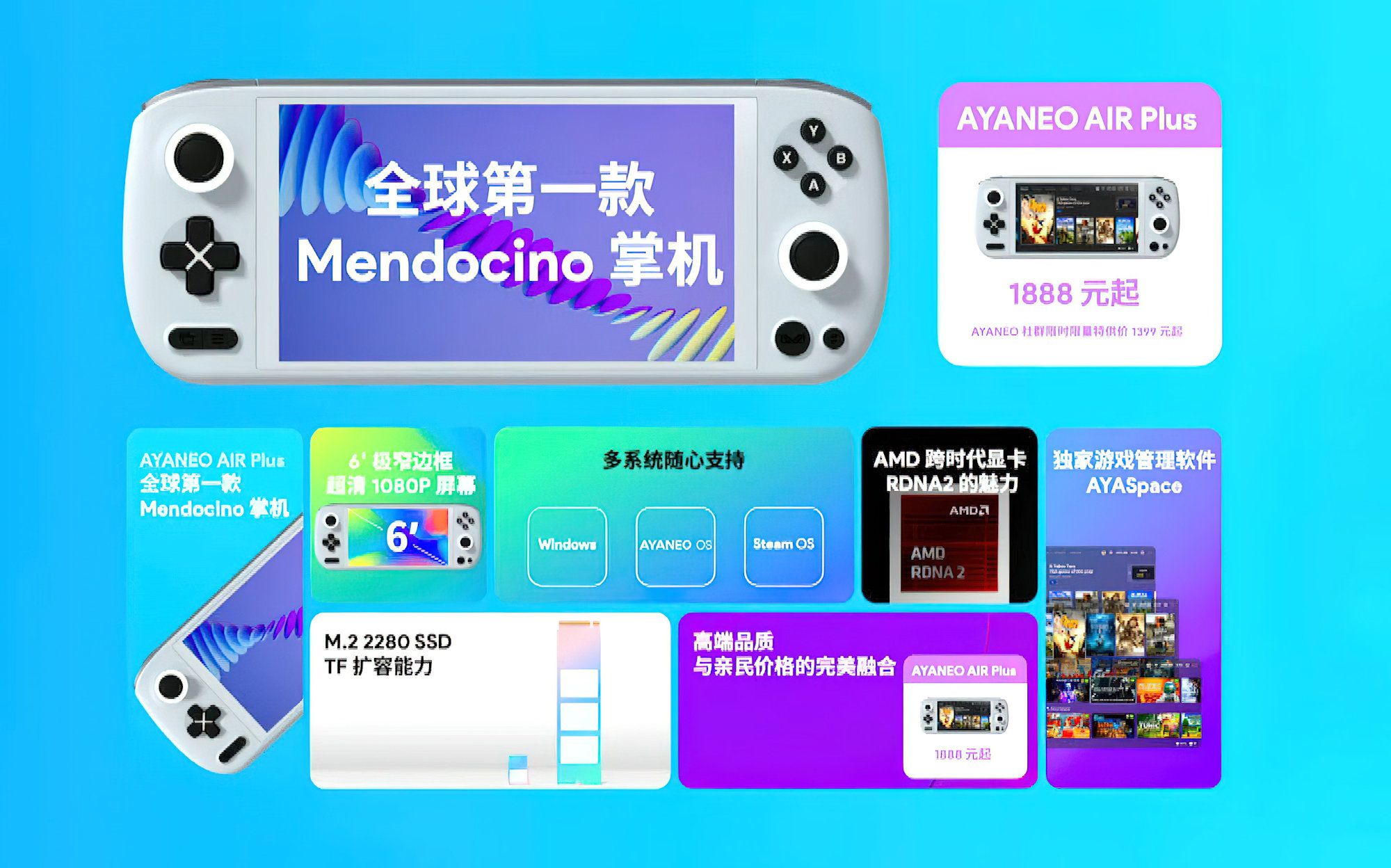 AYANEO Air Plus with AMD RDNA2 graphics card at 289 USD

AYANEO really surprised its fans today by presenting not one but three different consoles.

Although AIR and AIR PRO are both interesting handheld game consoles, AIR PLUS might be the most interesting of them all, mainly because of the price and the use of more advanced graphics. As we mentioned earlier, the AIR series is primarily based on the Ryzen 5000U series with a Zen3 core microarchitecture and Vega graphics. These are now considered obsolete and surpassed by the superior Ryzen 6000U series with RDNA2 architecture.

A worthy contender for AYANEO and other portable gaming devices, Valve’s Steam Deck features a custom SoC with Zen2 architecture and RDNA2 graphics, which is considered a big step up from Vega.

At Computex earlier this week, AMD announced a new silicon named Mendocino. This inexpensive lightweight mobile device processor features architectures identical to the Steam Deck’s Van Gogh APU. However, AMD has confirmed that these are not the same chips. AYANEO confirmed today that its new AIR PLUS console will be among the first to receive the Mendocino APU, which is scheduled for delivery in the fourth quarter.

Other than confirming that AIR PLUS is a 6-inch 1080p console supporting standard M.2 2280 SSD, AYANEO has yet to provide full specifications for its new budget RDNA2 console. It’s certainly too early for a direct comparison with Steam Deck, after all, we’re still missing the memory and storage specs. However, one cannot ignore the fact that both are based on the Zen2/RDNA2 chip and yet Air Plus will cost $289 which is $60 cheaper than Deck.

Air Plus release date is currently unknown. This console will be available at a special price of $199 exclusively for their community members.