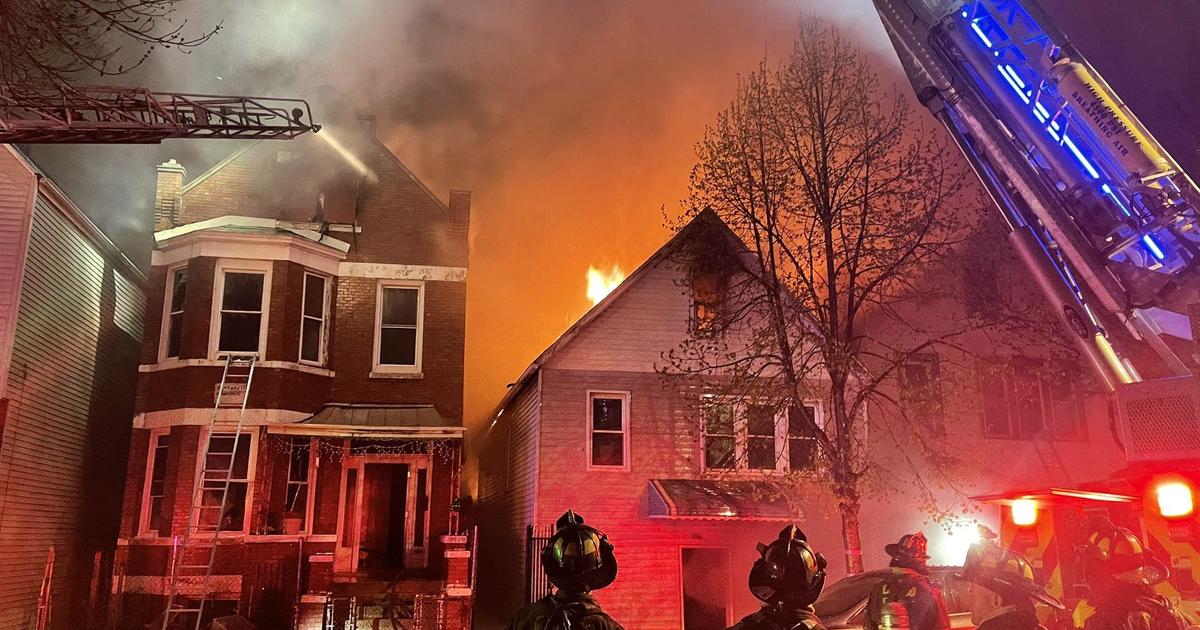 CHICAGO (SCS) — A fire in Chicago’s Back of the Yards neighborhood on Sunday night prompted a 2-alarm response.

Three homes and a car near 43rd and Honoré were fully involved in the fire, officials said.

There were massive flames, lots of smoke, and lots of fire engines at the scene.

The Chicago Fire Department said the blaze was extinguished just before 11 p.m.

A firefighter was hospitalized with minor injuries, the Chicago Fire Department said.