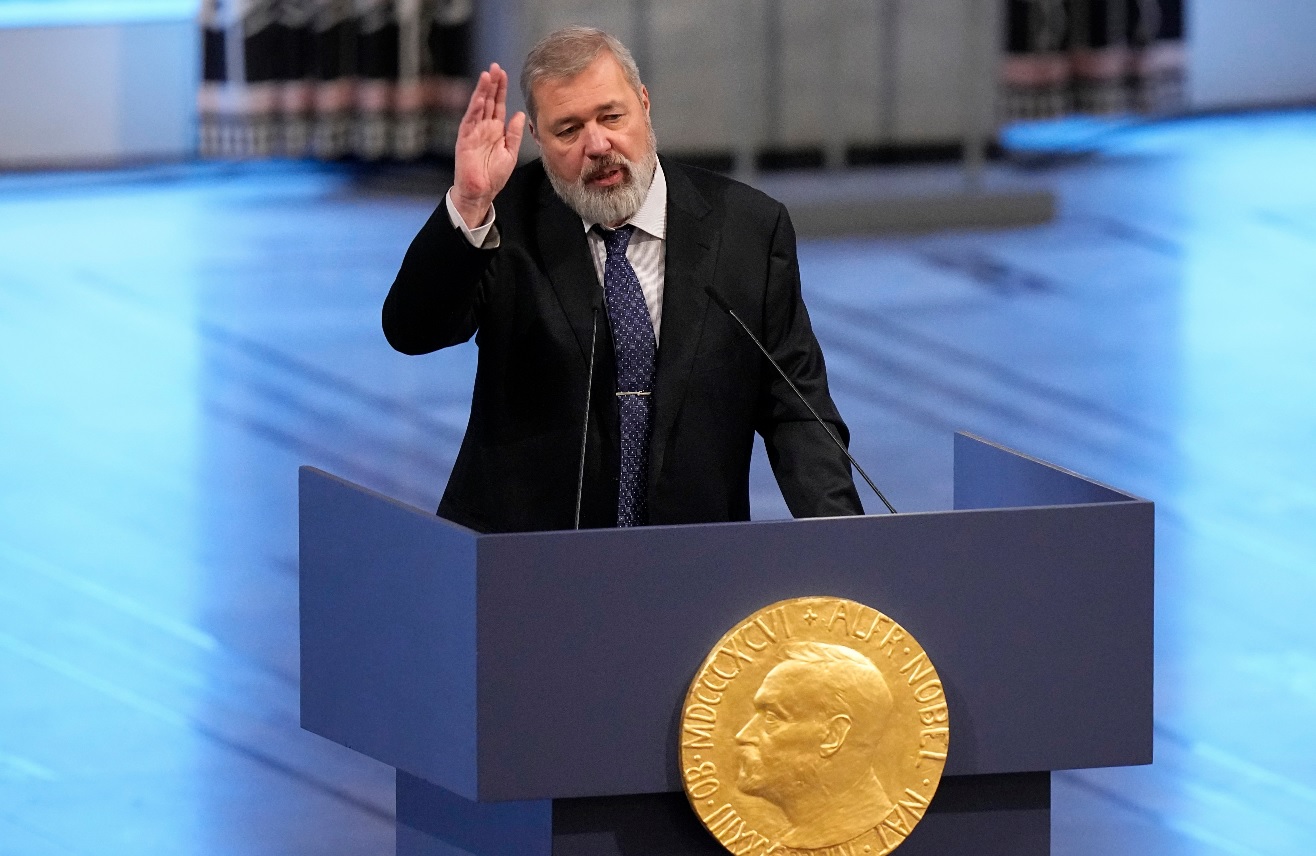 Dmitriy Muratov, editor of the independent newspaper Novaya Gazeta, announced on Monday that he will offer the Nobel Peace Prize medal, which he received last year, at auction to benefit children displaced by war in Ukraine. ..

Muratov won the prize in 2021, along with Filipino journalist Maria Ressa, who was honored by the Nobel Committee for her “efforts to protect freedom of expression”.

The newspaper “Novaya Gazeta” suspended its activities last March after Russia passed a law imposing heavy prison sentences on anyone who criticizes the military operation in Ukraine..

Muratov was part of a group of journalists who founded “Novaya Gazeta” in 1993 after the fall of the Soviet Union. And this year it became the only newspaper to criticize Putin and his policies inside and outside the country..

The Muratov Medal auction, which is taking place both in person and online, is being hosted by Heritage Auction, and the auction is set to close and the sale closes Monday night in Manhattan..

By Monday morning, the medal had been sold at auction for $550,000. Proceeds will go to UNICEF’s humanitarian response mission to war-displaced Ukrainian children.

And last April, Muratov was attacked on a train when someone threw paint mixed with acetone at him, burning his eyes..

Since 2000, six Novaya Gazeta journalists and collaborators have been murdered in crimes related to their work, including investigative journalist Anna Politkovskaya, to whom Muratov presented the Nobel Prize after receiving it..

Last year, Muratov told AFP that “this newspaper puts people’s lives at risk”, adding: “We are not going anywhere”.

In a video posted by Heritage Auction, the prominent Russian journalist said winning the prize “gives you a chance to make your voice heard”.

“The most important message today is that people understand that there is a war going on and that we have to help the most vulnerable,” he said, referring in particular to the children of refugee families. ..