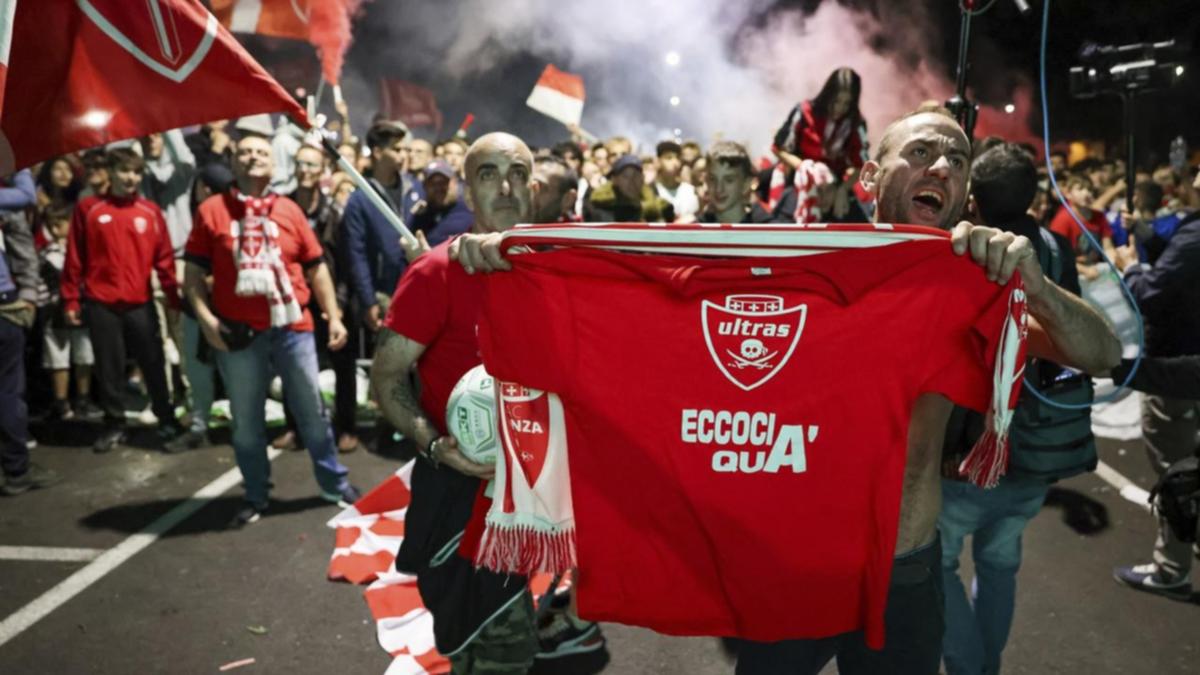 Former Italian president Silvio Berlusconi is the owner of Serie A again after his Monza club won a Serie B playoff to reach the top division of Italian football.

Monza beat Pisa 4-3 in extra time for a 6-4 aggregate win on Sunday.

It is the first time that Monza, located near Milan, has reached the elite in its 110-year history.

It will be the 69th different club to play in Serie A and the 12th different team from the Lombardy region.

Berlusconi, 85, bought Monza in 2018 and installed Adriano Galliani as CEO – taking over the same duo that enjoyed success at AC Milan until Berlusconi sold the Rossoneri in 2017.

Ernesto Torregrossa and Hjortur Hermannsson scored in the opening 10 minutes at Pisa’s Arena Garibaldi for the hosts before Jose Machin netted one for Monza.

Christian Lund Gytkjaer scored for Monza in the 78th to make it 2-2 which would have been enough on aggregate, but Giuseppe Mastinu’s shot from the edge of the box in the 90th put Pisa back in front and sent the game to overtime.

In the first extra period, Luca Marrone and Gytkjaer scored for the visitors.

Pisa and Monza finished third and fourth in the table respectively.