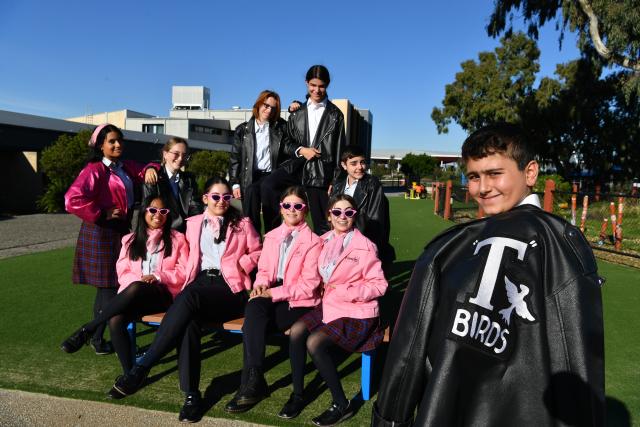 Marymede Catholic College in South Morang is set to perform the classic 1971 musical Grease for three nights starting Thursday, May 26.

The dedicated cast has been rehearsing since February, setting aside time at least twice a week to prepare for their first performance in two years.

“We obviously have a cast and crew ranging from seventh through twelfth graders, so it’s great to see the different grade levels mixing and forming friendships,” Ms. Lane said.

“The school has done Grease before, I think it was run about 10 years ago, so it’s a bit of a blast from the past.”

The production will take place at the Plenty Ranges Arts and Convention Center (PRACC) with hundreds of tickets already sold.