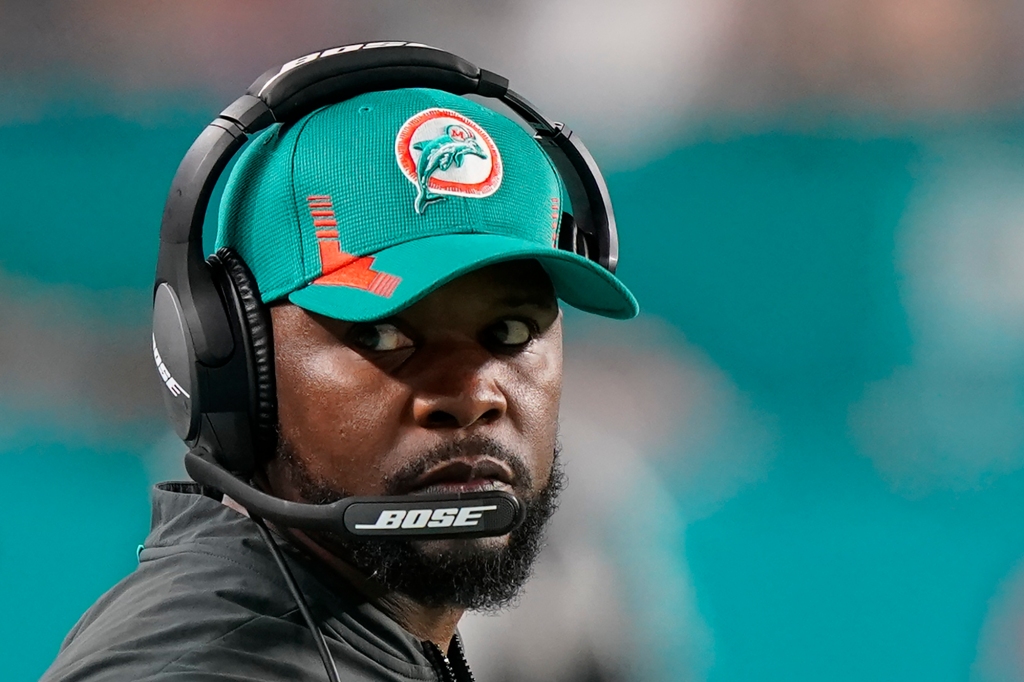 Ex-Miami Dolphins head coach Brian Flores, who is suing the National Football League for discrimination in its hiring practices, has landed another NFL job.

The Pittsburgh Steelers have tabbed Flores to be a senior defensive assistant and linebackers coach. Flores was hired by Steelers head coach Mike Tomlin, who is one of three POC head coaches in the league.

Flores was surprisingly fired by the Miami Dolphin following the season. He subsequently sued all 32 NFL teams for discriminatory hiring practices after head coaching interviews didn’t pan out, claiming the talks were prefunctory and merely in satisfaction of the league’s “Rooney Rule,” which mandates that teams interview two minority candidates when they have openings .

“I am excited about Brian Flores joining our coaching staff given his history of developing and teaching defensive players during his time in the NFL,” Steelers coach Tomlin said in a release. “Brian’s resume speaks for himself and I look forward to adding his expertise to help our team.”

On Thursday, the NFL hired former Obama attorney general Loretta Lynch to defend it in the lawsuit.