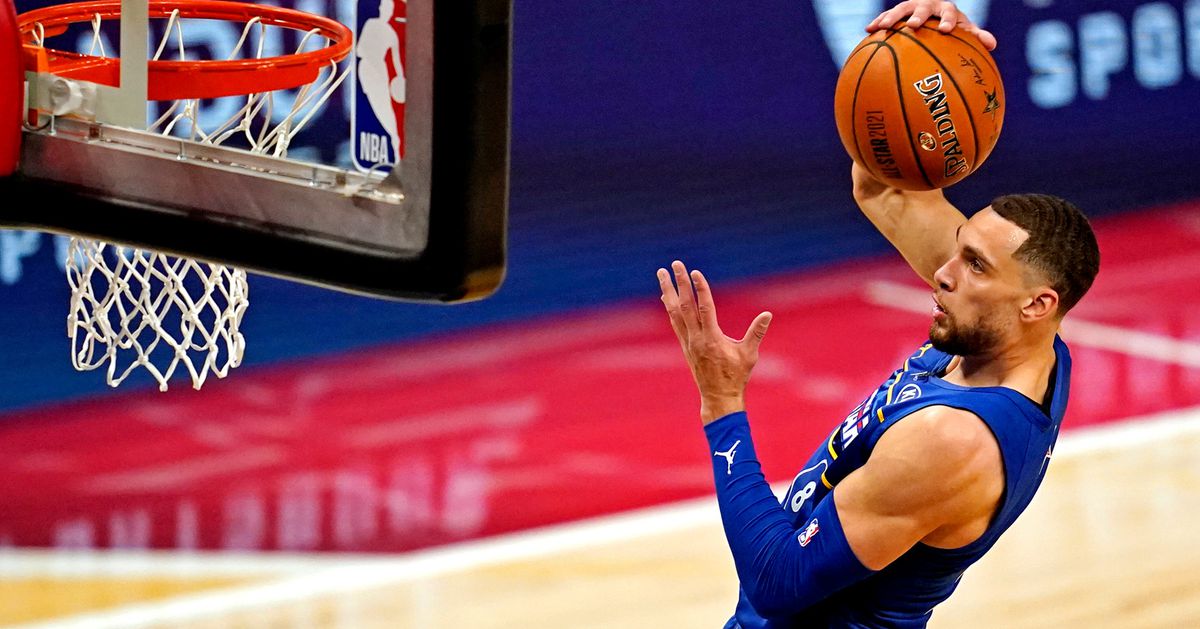 CLEVELAND – There is a lot more defiance surrounding Zach LaVine these days.

It’s not malicious, it’s not even done purposely. The Bulls guard has just reached a point in his life where he’d not only rather walk to the beat of his own drum, but also be the one supplying the drumsticks and the music.

So when asked on Saturday about the idea that some Bulls fans felt he should have sat out the All-Star Weekend to rest a left knee that cost him the last three games going into the break, his reply came with no hesitation.

“That’s their opinion,” LaVine said with a classic “yeah right” laugh. “You know this All-Star Game means a lot to a lot of us. We put in a lot of hard work and dedication to this. If I’m healthy to play then I’m going to play. It means a lot to me.”

One problem with that statement? LaVine should have said “If I’m healthy enough …” because healthy isn’t happening for him the rest of this season.

A sore left knee that sometimes swells up after games is just his reality.

That’s what the trip out to Los Angeles last week to see a specialist reiterated to him. Sure, they did some maintenance on the knee with some PRP [Platelet-Rich Plasma] and cortisone injections to try getting him through the remainder of the season, but LaVine admitted that in the offseason he may have to “take care of it.” Whether that means a scope or just rest, LaVine didn’t say, but he’s just going to do things on his own terms and his own schedule.

Until then he’s going to have some painful nights, with the hope of coming up with a plan to make sure he can answer the bell for the playoffs being as close to full strength as possible. The idea of ​​his pending free agency and the max contract he feels he’s due, that’s on the backburner in his decision making.

“This season has been incredible for me obviously for many reasons,” LaVine said, when asked about protecting himself for that big contract that awaits. “I hate missing games personally. I try and play through as much as I can, but if I’m able to go out there and still be myself, contribute at the high level that I expect myself to, I’m going to do that.”

What falls in LaVine’s favor is the condensed schedule throughout the first half is behind him and his teammates. There’s more off days and less back-to-backs for him to have to deal with moving forward.

Even so, his teammates know what LaVine’s willing to endure and have his back no matter what games he can play in or needs a rest.

“That’s another sacrifice,” veteran Bulls forward DeMar DeRozan said of LaVine’s knee. “That’s why we go back to making sacrifices. Just Zach alone on the court changes the dynamic of our team whatever form or fashion he’s out there. He knows himself better than anybody, and the one thing I would stress to him is if he can play, play. But when it comes to being 100%? I haven’t been 100% in 13 years, so we just gotta figure out a way.

“We’re going to help him through it. He doesn’t have to be the Zach of the last few years. We just gotta figure out a way where we don’t put too much load on him so it can’t be affecting him down the line.”

As long as LaVine gets through Sunday night’s game for Team Durant with no setbacks, the plan was to ease back into it with three off days, and then resume play when the Bulls host Atlanta on Thursday. After that just take it “day by day.”

And for those who take issue with that?