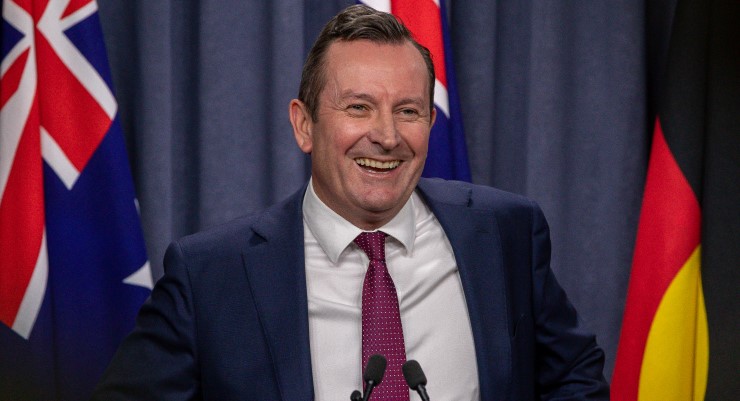 The WA Premier has swept everything before him for the past two years, but does he have enough power to push the PLA through his state?

While Opposition Leader Anthony Albanese was in Perth yesterday, common sense told him there were two people he needed to demonstrate a good relationship with. One was Kerry Stokes, owner of the state’s only daily newspaper. The other was Mark McGowan, the Premier of Western Australia who in last year’s election reduced the Liberal Party’s presence in the lower house to a duo.

McGowan’s approval rating peaked at more than 90% at the start of the pandemic, and while it has since declined, it’s still at levels that any other leader in the country would push a retiree off a cliff for. Does it follow that McGowan has repaired the Labor brand enough in WA to turn around a tighter federal election that could hinge on the party’s performance there?

“You get the impression that McGowan’s popularity certainly won’t hurt federal work,” says Professor John Phillimore, executive director of the John Curtin Institute of Public Policy*. “We’ve never seen such a dominant state premier, and as far as we know his popularity is holding up. And his government isn’t so long-term that people are necessarily looking for someone to kick. “

Read more about Western Australia’s importance to Labor on Saturday.