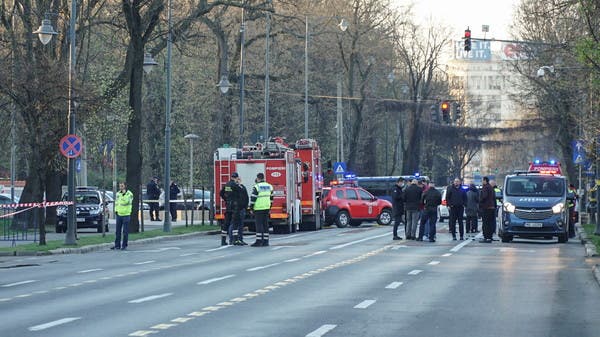 A car crashed into the gate of the Russian Embassy in the Romanian capital early Wednesday, bursting into flames and killing the driver, police said.

The sedan rammed into the gate at about 6:00 am Wednesday but did not enter the Bucharest embassy compound.

Video of the aftermath showed the car engulfed in flames as security personnel ran through the area.

There was no immediate information on a possible motive or other details.

Romania, which shares a long land border with Ukraine, has taken in more than 600,000 refugees since Russia invaded its neighbor.

Since the war started February 24, protesters have gathered outside Russia’s embassy in the capital to call an end to the Russian aggression.

On Tuesday, Romania ordered 10 diplomats from the embassy expelled following a string of expulsions of Russian officials across the 27-nation European Union.

Romania’s Foreign Ministry said the actions of 10 embassy workers, who have been declared persona non grata, “contravene the provisions of the 1961 Vienna Convention on Diplomatic Relationships.”

Turkey calls for probe into civilian deaths in Bucha