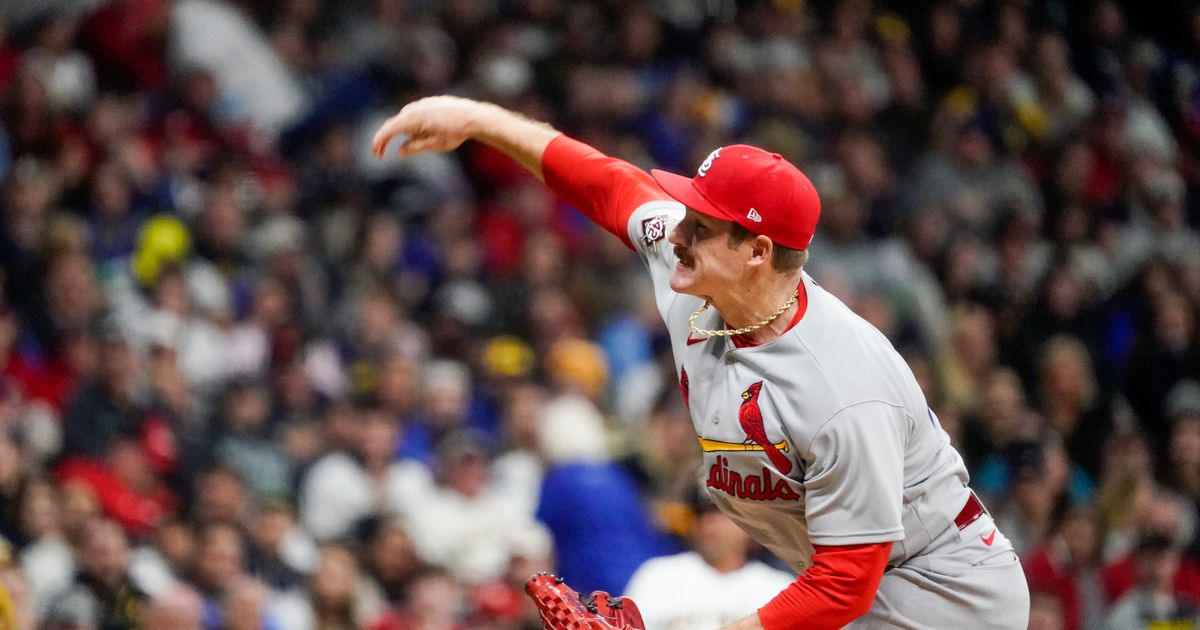 MILWAUKEE (AP) — Miles Mikolas carried a one-hitter into the seventh inning, Tommy Edman homered for the second straight night and the St. Louis Cardinals rolled to a 10-1 victory over the Milwaukee Brewers on Friday.

Mikolas (1-0) struck out seven and allowed one run, three hits and one walk in 6 2/3 innings. The only hit he allowed through the first six innings came on a Rowdy Tellez single in the second.

Nolan Arenado and Edman hit two-run homers for the Cardinals. Tyler O’Neill and Andrew Knizner each had three hits.

Milwaukee managed just six hits against the combination of Mikolas, Nick Wittgren and Andre Pallante. Christian Yelich struck out in each of his four plate appearances.

The Cardinals gave Mikolas a big lead early by scoring four runs in the first inning and two more in the second off Freddy Peralta (0-1). Peralta has given up seven first-inning runs in two starts this season.

After retiring his first two batters, Peralta allowed nine of the next 11 to reach on six hits, two walks and a hit batter.

The Cardinals’ first-inning rally began with O’Neill’s two-out double. After Peralta loaded the bases with walks to Nolan Arenado and Lars Nootbaar, Harrison Bader and Knizner each hit two-run singles.

St. Louis is outscoring opponents 12-2 through its first six games of the season. The Cardinals have been held scoreless in the first inning just once.

The 2021 All-Star right-hander hit Dylan Carlson with a pitch to start the second inning. Paul Goldschmidt doubled home Carlson and scored on an Arenado single to make it 6-0.

Edman hits a two-run shot off José Ureña in the fifth to make it 8-0.

The Brewers scored their lone run in the seventh when Omar Narváez greeted Wittgren with a two-out RBI single. The run was charged to Mikolas, who gave up two singles in the seventh before departing.

Arenado closed the scoring with his two-run drive off Brent Suter in the ninth.

Cardinals: RHP Jack Flaherty played catch from about 120 feet away before the game. “He’s on track,” Cardinals manager Oliver Marmol said. “Everything’s kind of moving along in the direction we were hoping for as part of his throwing program.” Flaherty hasn’t pitched yet this season due to an injured right shoulder.

Brewers: Suter slipped on the dirt and ran into the railing in front of the Cardinals dugout while chasing a Nootbaar foul pop in the ninth. After lying on the ground for a few minutes, Suter got up and went back to the mound as if he planned to stay in the game before the Brewers sent him to the dugout. IF Mike Brosseau took over for Suter and made his fifth career MLB pitching appearance.

LHP Steven Matz (0-1, 21.00 ERA) starts for the Cardinals and RHP Adrian Houser (0-1, 4.91) pitches for the Brewers as this four-game series continues Saturday night.