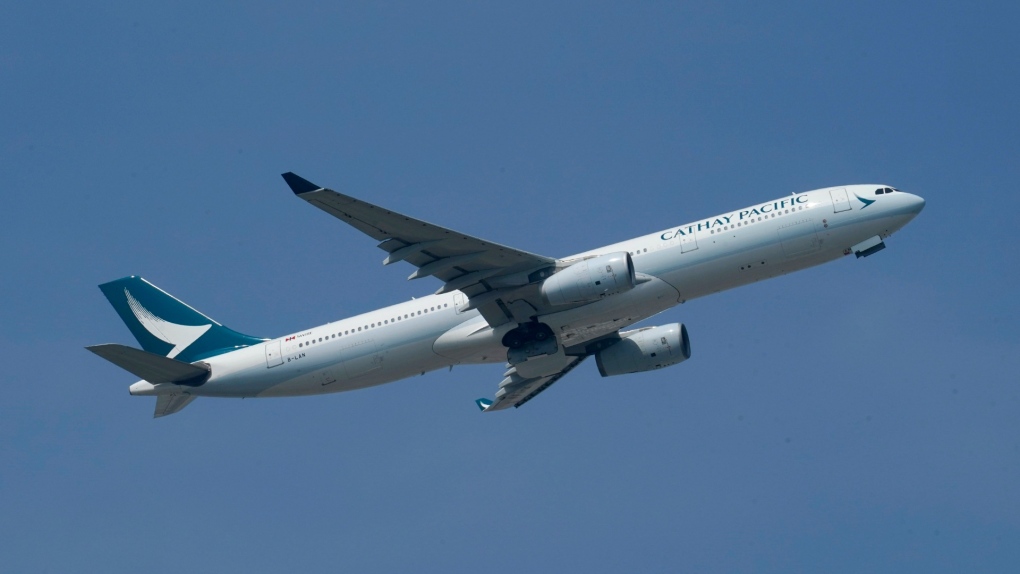 A Hong Kong-based airline that permanently closed operations in Vancouver in 2020 due to the COVID-19 pandemic has been ordered to pay nearly $170,000 in severance pay to the woman who ran the office.

When the pandemic began in early 2020, Cathay Pacific’s passenger traffic fell to less than 1% of what it had been in the previous year, prompting the company to adopt various measures to cost reduction.

Eventually, these measures expanded to include the closure of the Vancouver office. Okano and the 71 employees she supervised had their jobs terminated.

According to court documents, Okano was notified of the decision on October 13, 2020 and told that her employment would end on December 11, 2020 – with two months’ notice.

She received the basic three-month severance pay required by the Canada Labor Code in early 2021, receiving a total of $31,613.72, according to the court ruling.

Cathay Pacific offered her additional severance pay, but she turned it down, suing the airline in hopes of getting better terms.

Okano argued that she was entitled to reinstatement of wages that had been cut as part of the company’s cost-cutting measures, as well as 24 to 26 months’ salary in lieu of notice of termination.

Cathay Pacific agreed that Okano was entitled to damages for wrongful termination, but disputed whether the pay cuts should be reinstated and argued for 18 to 20 months’ pay in lieu of notice.


NO REIMBURSEMENT OF SALARY CUTS

As for the pay cuts, Okano claimed she should receive $10,692 that she didn’t get paid when the company put her on unpaid leave as a cost-saving measure in 2020.

She noted that the company’s severance offer — which she did not accept — included an offer to pay her that sum.

Weatherill was unmoved by this argument, however, writing in its ruling that an unaccepted offer “does not constitute a contractual obligation.”

“It is clear from all of the evidence, and I find it, that the plaintiff accepted (reductions in salary) in exchange for her continued employment – ​​which was potentially at risk due to the pandemic – and that he did not ‘there was no expectation that his pay cut would be reimbursed,’ Weatherill wrote in his ruling.


“THE APPLICANT LOVED HER WORK”

Regarding severance pay in lieu of notice, Cathay Pacific argued that Okano failed to take reasonable steps to mitigate the financial losses it would suffer as a result of its dismissal.

Weatherill again agreed with the airline, but only partially. He did not accept the company’s suggestion that Okano should have taken advantage of its offer of outplacement services, concluding that it was not clear to her that she could receive such services without also accepting the ‘severance pay.

Likewise, the judge found it unreasonable to expect Okano’s job search to have begun while she was still employed by Cathay Pacific.

“The undisputed evidence is that the Complainant enjoyed her work with the Defendant,” Weatherill wrote. “There is no doubt that she was dedicated to it and she was devastated by her loss after nearly 35 years of service. It is no surprise that she had a hard time coming to terms with her sudden dismissal. “

Okano admitted she had done nothing to look for a new job until February 2021, Weatherill wrote, noting that she was “sad, unmotivated and lost confidence” after her last day on the job.

“I find that, during the period February to June 2021, the applicant’s attempts to find new employment can best be described as ‘passive,'” Weatherill wrote. “In February 2021, the Complainant created a resume and began searching for job vacancies on various online job boards. She received several job posting notifications and alerts, but felt that none of them suited a person of his skill set.”

For this, the judge reduced his three-month notice pay, accepting evidence from Cathay Pacific that several suitable positions in the airline industry were available in February 2021.

“The Complainant was either unaware of these opportunities or chose not to pursue them because she decided she had earned the right to seek employment outside of the airline industry,” she said. he wrote. “I disagree. In my view, it was incumbent on the plaintiff to explore available positions in the very industry in which she had spent her entire professional career.”

Based on how long Okano had worked for the company and her role there, Weatherill determined that she was entitled to 24 months of severance pay in lieu of notice for her termination.

This figure was reduced by three months due to her failure to take reasonable steps to secure new employment, and an additional two months for the two months notice she actually received.

So Weatherill awarded Okano 19 months in damages – less the three months Cathay Pacific had already paid him under the Canada Labor Code – for a total amount of $168,609.28.

He also awarded her special damages of $1,764, representing the cost of a leadership course she took after her firing to bolster her resume, as well as legal costs.