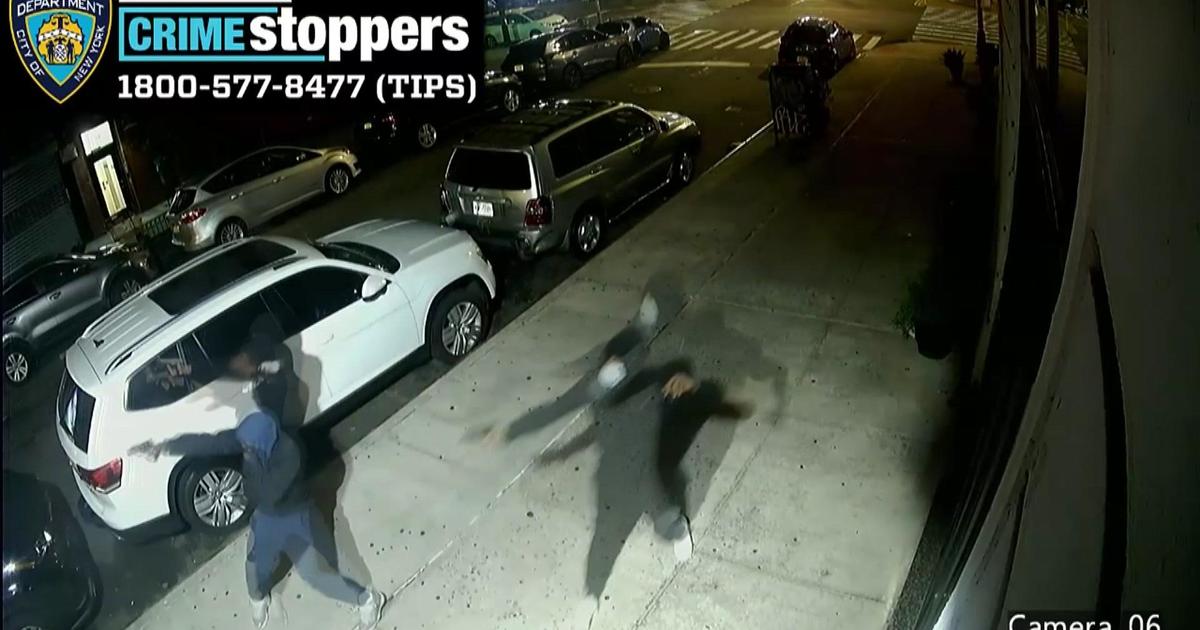 NEW YORK – Police are searching for a group seen on video opening fire in Harlem.

No injuries were reported, but three unoccupied cars were hit by the gunfire.

Anyone with information about the shootings is asked to call the NYPD’s Crime Stoppers Hotline at 1-800-577-TIPS (8477)or for Spanish, 1-888-57-TRACK (74782). You can also submit a tip via their website or via DM on Twitter,@NYPDTips. All calls are kept confidential.