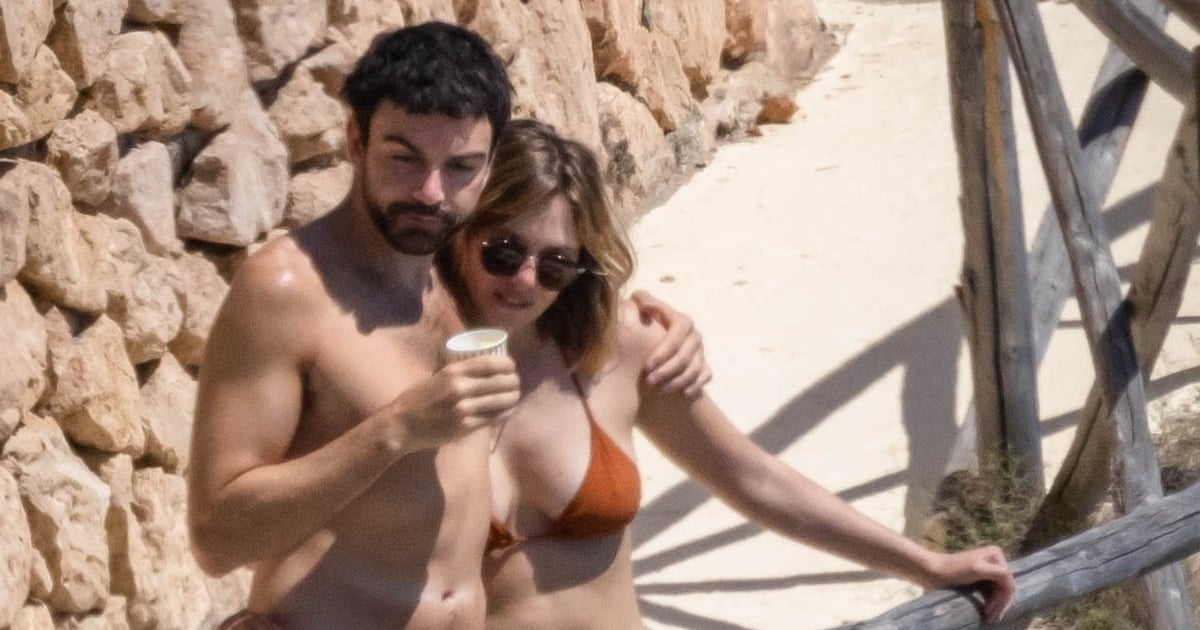 The always-private Elizabeth Olsen and her husband, Robbie Arnett, were spotted showing off some rare PDAs while vacationing in Italy this week. On May 25, the married couple were spotted getting cozy in the town of Porto Ercole, where they were pictured kissing and cuddling in the sunshine, despite the early summer heat. the summer.

Both Olsen and Arnett appeared to be enjoying their beach vacation, with Olsen sporting a brown bikini, while Arnett sported a light green bathing suit. It’s the first time they’ve been pictured together since the 2021 Emmys, when Olsen was nominated for her role in “WandaVision.” Since neither halves of the famous pair (Arnett is part of the Milo Greene band) are active on social media, fans rarely see them together unless they’re hitting the red carpet arm in arm .

But even though they keep their relationship private for the most part, they sometimes talk about their marriage. Olsen and Arnett were first spotted together in March 2017. Two years later, People reported that they got engaged in July 2019. During a June 2021 “Actors on Actors” interview with Kaley Cuoco for Variety, Olsen seemingly confirmed her marriage to Arnett when she referred to him as husband while pointing out that he left a “Little Miss Magic” book in her Zoom background as a nod to her role as Wanda Maximoff in the MCU.

Since then, they’ve continued to focus on their work, but Arnett and Olsen have a fun joint project coming up. In December 2021, Olsen revealed to People that she and her husband co-wrote a children’s book about managing anxiety, “Hattie Harmony: Worry Detective.” The book is due out in June. “Robbie and I couldn’t be more thrilled to introduce Hattie Harmony to the world,” she told the outlet. “Inspired by the picture books we loved as kids, we hope Hattie will become a friend and a welcome reminder to be kind to yourself and each other.”

With “Hattie Harmony” hitting bookstores soon, it’s no wonder the busy couple took a break to vacation in Italy ahead of the big release. Click through the gallery to see photos from their vacation in Europe.