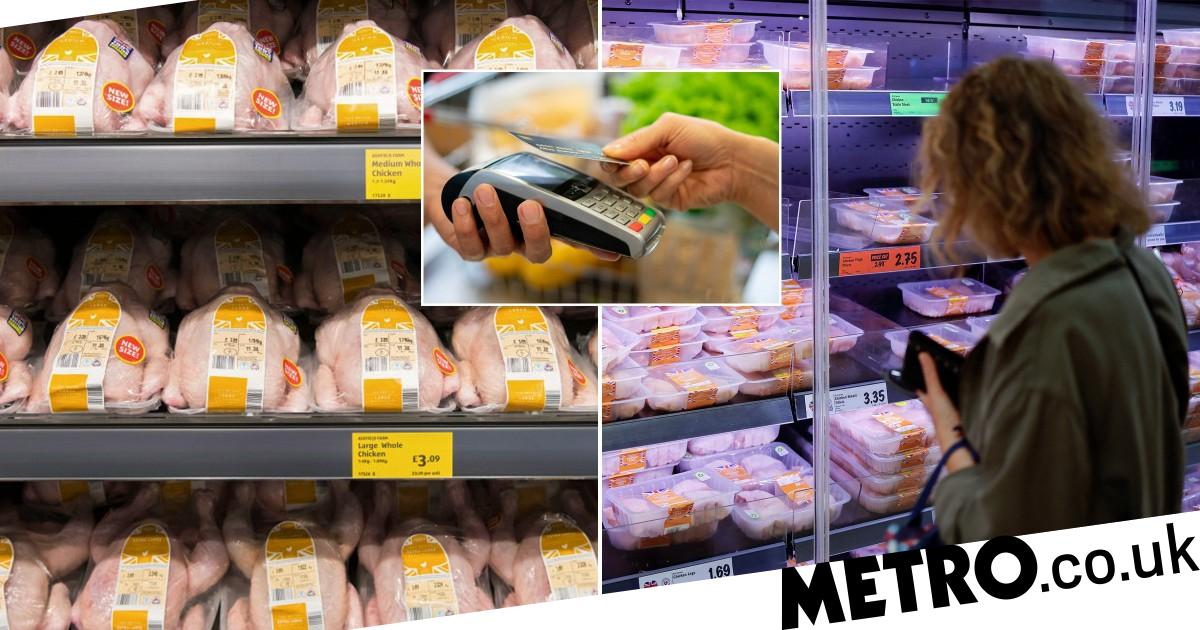 Chicken could soon become as expensive as beef thanks to soaring production costs, a supermarket boss warns.

The price of the nation’s prime meat is expected to continue to rise as the cost of living crisis deepens, the Co-op’s chief executive said.

The market for chicken – a favorite on UK menus partly because it’s affordable – is set to face challenges that other meats won’t.

The skyrocketing cost of bird feed has posed a challenge to the poultry industry – and rising meat prices are only expected to continue in supermarkets and restaurants, industry insiders say.

“Chicken could become as expensive as beef. The chicken industry has particular challenges due to feed costs,” Steve Murrells of The Co-op told The Sunday Times.

“The majority of cattle raised in this country are grass fed and there is no need for high density feed.

“Chicken, which was incredibly cheap and great value, is growing faster than any other protein.”

The cost of raising a chicken has increased by nearly 50% over the past year, which has been further exacerbated by the Russian-Ukrainian war.

Chicken feed consists mainly of soybeans, sunflower meal and wheat, the prices of which have all risen in recent months.

Both Russia and Ukraine are major exporters of sunflower oil, of which sunflower meal is a by-product, and wheat.

The average retail price for chicken rose 19% per kilogram from March 2020 to March 2021, while beef rose 3%, according to the Office for National Statistics.

Prices for both meats closely matched high-end products such as organic ranges, with the cost of chicken expected to exceed that of beef.

Mr Murrells, who has also worked as a senior manager at Sainsbury’s and Tesco, said rising prices could cause customers to reconsider their meat consumption.

‘You might see a change in the pastures [animals], you might see a shift towards more plant-based foods. Customers will need to be aware of what they can afford,” he said.

“They’ll buy a chicken, they’ll have it for a Sunday roast, but then they’ll use the giblets and everything to make a soup. Customers will find creative ways to make food last longer.