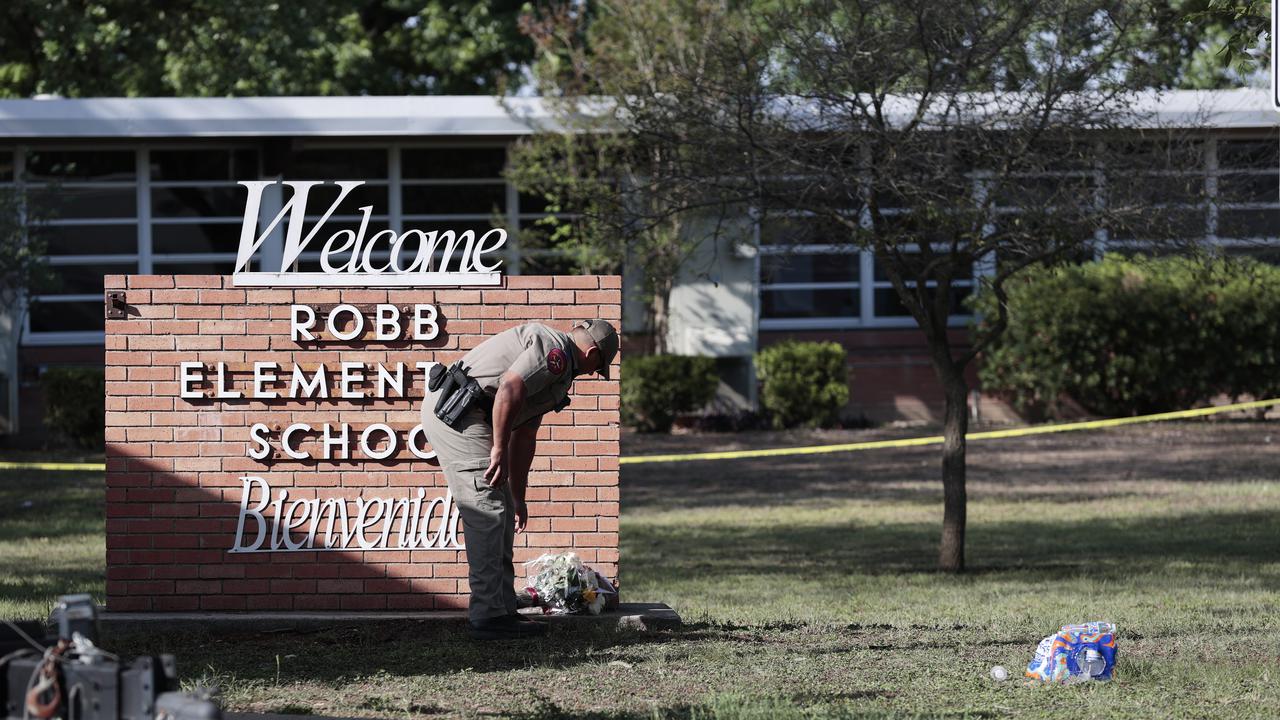 The 18-year-old gunman who killed 19 children and two teachers at a Texas school barricaded himself in a single classroom and ‘started shooting anyone in his way’, authorities say, while as they detail the latest massacre to rock the United States. .

Law enforcement eventually burst into the classroom and killed the shooter, who used an AR-style rifle.

Lt. Olivarez told CNN all of the victims were in the same classroom at Robb Elementary in Uvalde.

The killer “barricaded himself locking the door and just started shooting the kids and the teachers inside that classroom,” he said on Wednesday. “It just shows you the utter evil of the shooter.”

Dillon Silva, whose nephew was in a nearby classroom, said students were watching a film when a bullet shattered a window. Moments later, their teacher saw the armed attacker walk past the door.

“Oh, my God, he has a gun! the professor shouted twice, according to Silva.

“The teacher didn’t even have time to lock the door,” he said.

Investigators did not immediately reveal a motive but identified the attacker as Salvador Ramos, a resident of the community about 135 km west of San Antonio.

Ramos had hinted on social media that an attack could happen, suggesting “kids should be careful,” according to state senator Roland Gutierrez, who said he was briefed by state police.

One of the guns was purchased from a federally licensed dealer in the Uvalde area on May 17, according to Sen. John Whitmire. Ramos purchased 375 rounds the following day, then purchased the second rifle on May 20.

That day, an Instagram account appearing to belong to the shooter shared a photo of two AR-style guns.

The attack in the heavily Latino town of Uvalde was the deadliest school shooting in the United States since a gunman killed 20 children and six adults at Sandy Hook Elementary in Newtown, Connecticut, in December 2012 .

In a somber address to the nation hours after the bloodshed in Uvalde, US President Joe Biden pleaded for new gun restrictions.

Before the attack, Ramos shot and wounded his grandmother, then fled, crashing his truck near the school and entering the building, authorities said.

A law enforcement official said a Border Patrol agent who was working nearby when the shooting began rushed into the school without waiting for backup and shot and killed the shooter.

Three children and an adult were being treated at a San Antonio hospital, where two of them – a 66-year-old woman and a 10-year-old girl – are believed to be in serious condition.