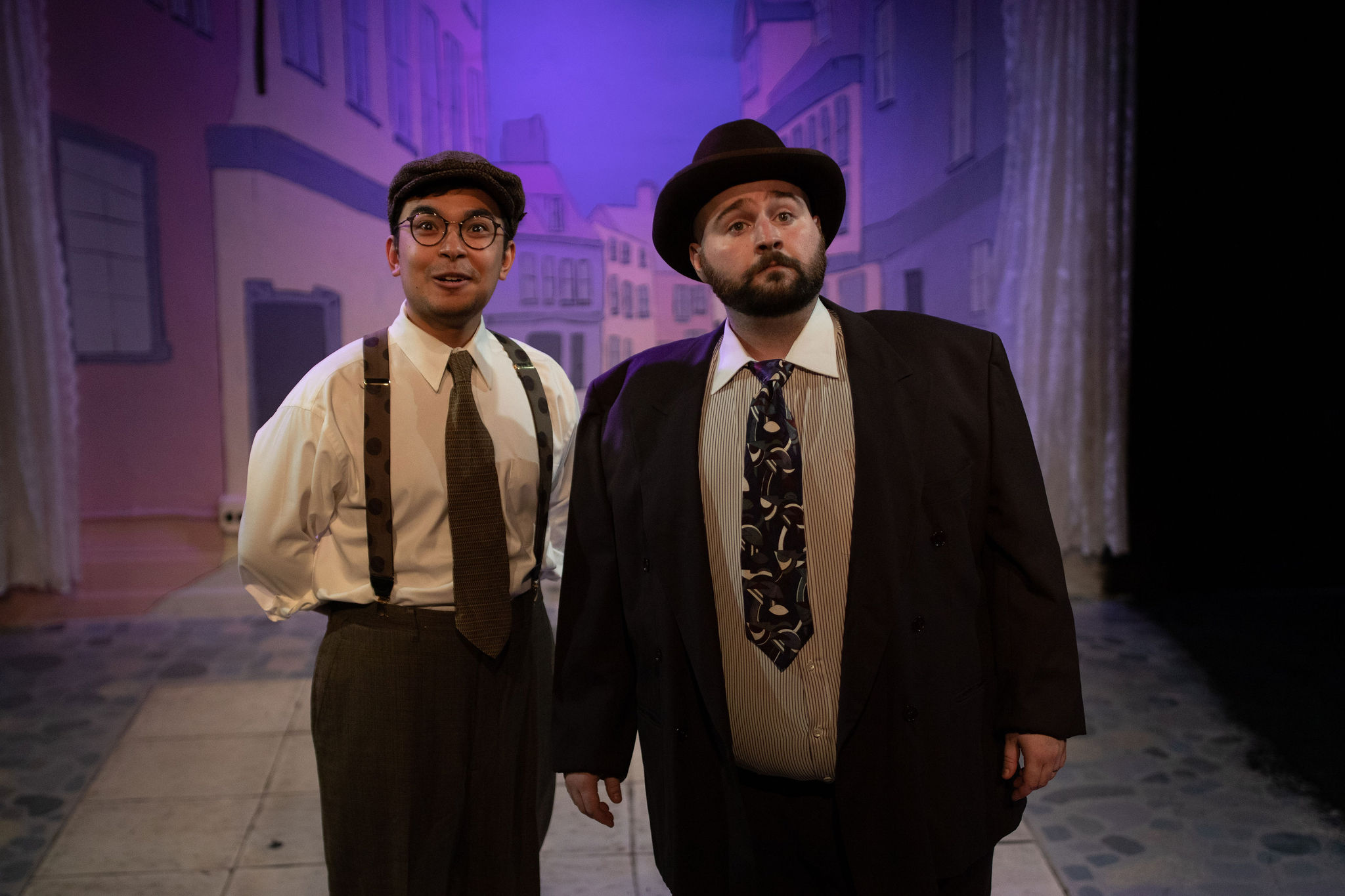 When storefront operations like Blank Theater Company scale down a Broadway musical to their humbler proportions, the resulting show tends to live and die by the strength of its ensemble. Thankfully this production of she loves me—the best story about antagonistic pen pals at a perfume shop in Budapest that you’re likely to see all season (inspired by the 1937 play Perfumery by Miklós László, which inspired the 1940 Jimmy Stewart film The Shop Around the Cornermore You’ve Got Mail)—arrives in the hands of a stellar cast, with direction by Danny Kapinos.

Brandy Miller is a delight as the precocious, quietly lovelorn shopgirl Amalia Balash opposite Austin Winter’s Georg Nowack. Both Miller and Winter excel at threading their barbs of face-to-face animosity across the raucous bustle and intrigue of Maraczek’s Parfumerie at holiday time, all the while cherishing the newest letter from each other’s respective “dear friends” in secret. Blank company member Aaron Mann’s performance as Ladislav, the resident steady hand on Maraczek’s staff (his big song of the night is called “Perspective”), guards profound tenderness under its levity, especially in his brilliant scenes opposite the shop’s scrawny delivery boy Arpad Laszlo , played by Bryce Ancil.

Music director Aaron Kaplan’s arrangements of Jerry Bock’s score (lyrics by Sheldon Harnick, book by Joe Masteroff) and the overall prowess of the cast’s singing create a number of dazzling moments, particularly during the play’s most complicated number, “Twelve Days to Christmas.” It’s during frenzied passages like this one, or the layered missed connections at Cafe Imperiale, or Winter’s magnetic solos, that the Reginald Vaughn Theater black box, far from robbing audiences of their right to Broadway pyrotechnics and kicklines, feels opportunely intimate for this exceptional revival .