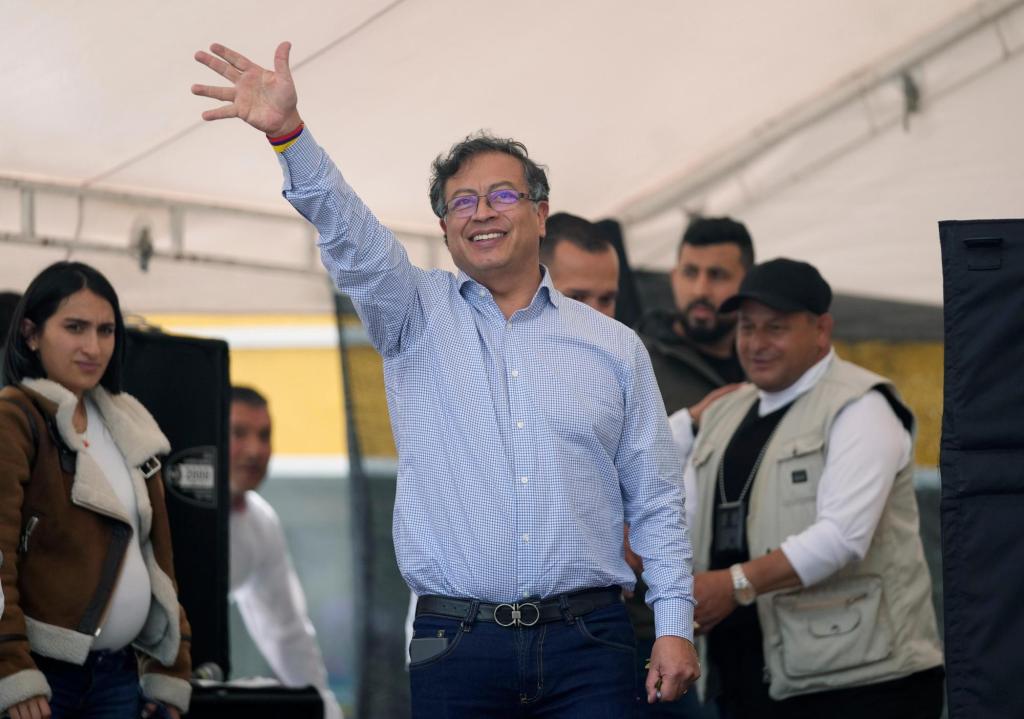 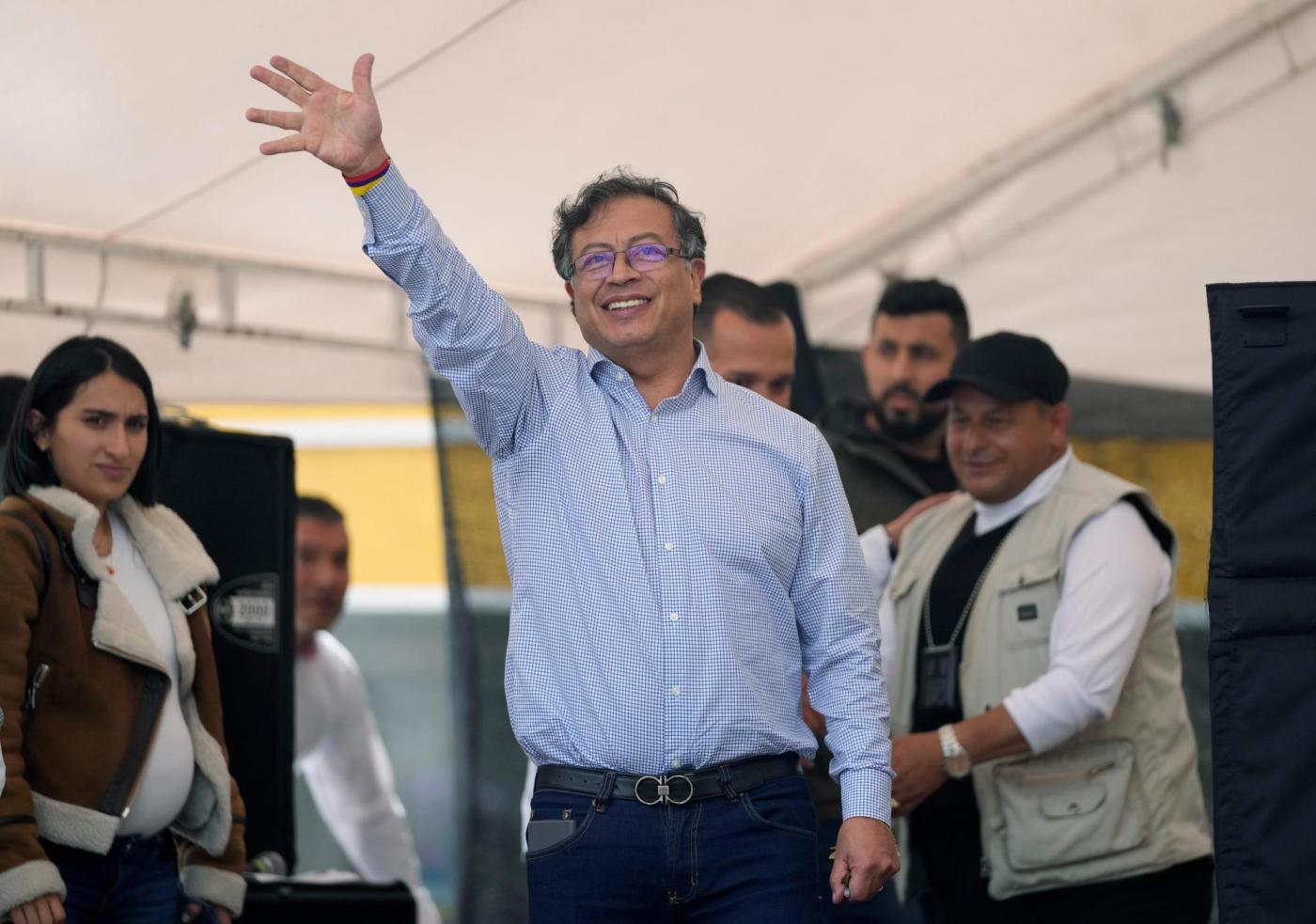 BOGOTA, Colombia (AP) — Anticipated vote tally in Sunday’s six-vote presidential election in Colombia pointed to a runoff in June, with former left-wing rebel Gustavo Petro leading in a poll held in amid growing discontent with rising inequality and inflation.

Petro, a senator and favorite throughout the campaign, got just over 40% of the vote and was followed by populist businessman Rodolfo Hernandez, who got almost 28%, with more than 94% ballots counted, electoral authorities announced on Sunday evening.

Petro needed 50% of the total vote to avoid a run-off against the second. The anti-establishment candidate has promised to make major adjustments to the economy, including tax reform, and to change the way Colombia fights drug cartels and other armed groups.

A victory for Petro would add to a string of leftist political victories in Latin America as people seek change at a time of dissatisfaction with the economic situation. Chile, Peru and Honduras have elected leftist presidents in 2021, and in Brazil, former President Luiz Inácio Lula da Silva is leading the polls for this year’s presidential election. Mexico elected a leftist president in 2018.

It was the second presidential election held since the government in 2016 signed a peace deal with the Revolutionary Armed Forces of Colombia, known as FARC for its initials in Spanish. But the divisive deal was not a major issue during the campaign as challenges exacerbated by the pandemic, including poverty and inflation, captured the spotlight.

Election day passed peacefully across the country. But in the south-central state of Guaviare, three explosions were set off in rural areas far from polling stations, leaving one soldier injured by shrapnel, said Defense Minister Diego Molano, who added that FARC splinter groups were responsible. Dissidents operate in the region.

Meanwhile, dozens of Colombians who wanted to return to their home country to vote encountered difficulties at the border with Venezuela. The non-governmental group Colombian Electoral Observation Mission complained that “the Venezuelan Guard was preventing the passage of Colombians” on the border bridges.

Colombian immigration authorities have said an agreement will allow Colombians registered to vote at border consulates to enter their country of origin.

Petro said he would resume diplomatic relations with the government of Nicolás Maduro, which has been broken with Duque since 2019.

This is Petro’s third attempt to be the president of the South American country. He was beaten in 2018 by Duque, who was not eligible for re-election.

A victory for Petro would usher in a new political era in a country that has historically been ruled by conservatives or moderates while marginalizing the left due to its perceived association with the country’s armed conflict. He was once a rebel in the now-defunct M-19 movement and was granted amnesty after being imprisoned for his involvement with the group.

He promised to make major adjustments to the economy, including tax reform, as well as changes in the way Colombia fights drug cartels and other armed groups.

Petro’s main rival for most of the campaign had been Federico Gutiérrez, a former mayor of Medellin supported by most of Colombia’s mainstream parties who built on a platform of business-friendly economic growth.

But Hernández, a real estate mogul with few ties to political parties, has surged in recent polls. He promised to cut wasteful government spending and provide rewards for people who speak out against corrupt officials.

Gutiérrez promised to fight hunger with the expansion of subsidies and public-private alliances so that food that would otherwise go to waste goes to the poorest.

A Gallup poll conducted earlier this month showed that 75% of Colombians believe the country is heading in the wrong direction and only 27% approve of Duque. A poll conducted last year by Gallup found that 60% of respondents struggled to get by on their income.

The coronavirus pandemic has set back the country’s poverty alleviation efforts by at least a decade. Official figures showed that 39% of Colombia’s 51.6 million people lived on less than $89 a month last year, a slight improvement from 2020’s rate of 42.5%.

Meanwhile, the country’s inflation hit its highest level in two decades last month. The Duque administration justified April’s 9.2% rate for April by saying it was part of a global inflationary phenomenon, but the argument did not tame discontent over rising prices food.

Aware of voters’ fears of corruption, real estate mogul Rodolfo Hernández has made the issue central to his campaign. Hernández, the former mayor of Bucaramanga, has surprisingly risen to the final stretch of the campaign after promising to “cleanse” the country of corruption and donate his salary.

The other candidates in the running are Sergio Fajardo, former mayor of Medellín and candidate of the center coalition; Christian leader John Milton Rodríguez and conservative Enrique Gómez.