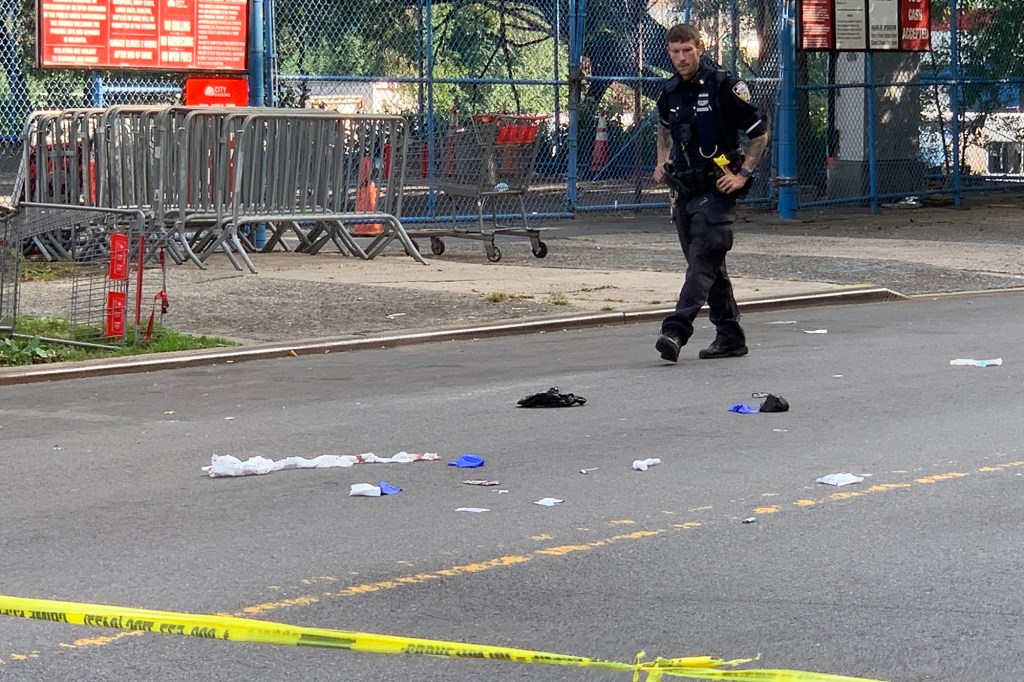 A second suspect has been arrested in connection with a broad-daylight October shooting slaying in the Bronx, police said Saturday.

The suspect, Terrell Watts, 23, of Queens, was taken into custody Friday in Kingsbridge on charges in the shooting death of Bronx resident Alfred Johnson, cops said.

He was charged with murder, manslaughter and criminal possession of a loaded firearm.

Johnson was fatally shot in the chest at River Avenue and East 151st St. shortly before 2:30 pm on Oct. 7, police said. He was taken to Lincoln Hospital, where he was pronounced dead.

Black and another man, believed to be Watts, faced off with Johnson after the 42-year-old victim tried to stab a third man during an argument, cops said.

“The victim was running away from the two and then he confronted them,” an NYPD spokesman said. Both suspects and victim had criminal records, police said.