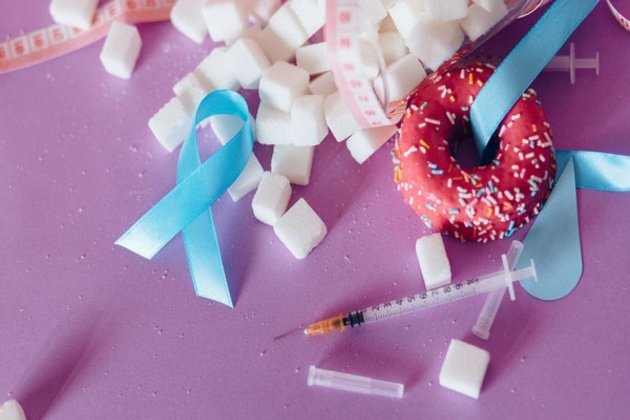 Washington [US]May 29 (ANI): According to the findings of a new study published in the “Journal of Endocrinology”, reproductive hormone levels in obese women can be partially restored by lowering blood sugar, which leads to improved fertility.

Developing a therapy that not only improves women’s metabolic health but also treats obesity-related infertility would be a significant step forward, with the potential to improve the quality of life for many people. Although fertility problems are well established in obese women, there remains a lack of effective and targeted treatments to address them. Obesity is a growing health epidemic, which means that more and more women are affected by reproductive difficulties.

Obesity-related fertility issues are complex, but evidence suggests they may be linked in part to changes in energy metabolism, which lead to altered levels of reproductive hormones which can then disrupt the menstrual cycle and ovulation. Obese people are at greater risk of developing type 2 diabetes and often have high blood sugar levels, along with other metabolic changes.

The MC4R gene knockout (KO) mouse is a well-characterized model of obesity, which also exhibits irregular reproductive cycles with altered hormone levels that lead to decreased fertility. The reproductive cycle of mice is similar to that of humans, in that the pattern of changes at the hormonal level is analogous, although much shorter, so the MC4R KO mouse is a good model representative for early investigations of metabolic and reproductive function in obesity.

Dapagliflozin is a drug commonly used to treat type 2 diabetes, where it lowers blood sugar and improves other markers of metabolic health, but its effects on reproductive health and fertility have not yet been studied.

In this study, Professor Chen and colleagues from the University of Queensland in Australia investigated the effects of dapagliflozin treatment on metabolic health and reproductive hormone levels in the MC4R mouse model of obesity. After only 8 weeks of treatment, blood sugar levels were normal, body weight was reduced, the reproductive cycle was normalized, and reproductive and ovulation hormone levels were partially restored, compared to untreated mice.

“We often see low fertility in obese women in clinical practice,” comments lead author Dr. Cui, a visiting scientist at Chengdu Women’s and Children’s Hospital in China, “so this research gives hope of effective future treatment.” Professor Chen comments, “These data suggest that normalizing blood glucose metabolism with dapagliflozin in obesity may be a promising avenue to at least partially restore reproductive function. fertility in women for whom no other effective therapy is currently available.” However, Professor Chen cautions, “While encouraging, these studies were conducted in mice and much more work needs to be done to confirm that these results could be replicated effectively in women. a much higher risk of developing type 2 diabetes, so the known health benefits of blood sugar correction may extend to improving fertility in those affected.” The team now intends to to further investigate the therapeutic benefits of using dapagliflozin to improve reproductive function by examining the molecular pathways involved, which may identify better targets for future fertility treatment in women. (ANI)