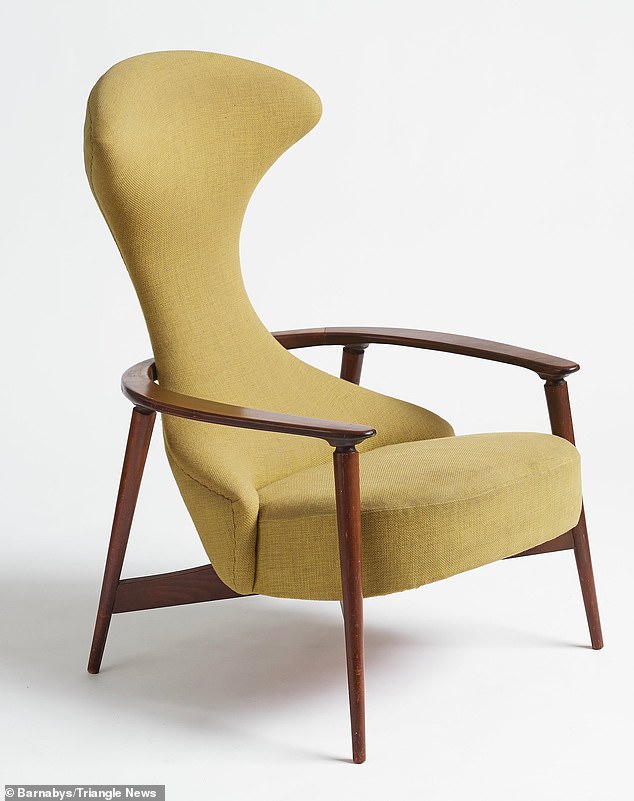 By Ellen Coughlan for Mailonline

IKEA furniture is turning into antiques after a £20 armchair sold for £15,500 at auction.

The Cavelli armchair, which is just one of five made in this style, was purchased from the Swedish furniture giant in 1959.

As well as the chair, a £2 wall print, recliner and other armchairs also made big money at the Bukowskis sale.

IKEA furniture is turning into antiques after an unusual £20 Cavelli armchair by Bengt Ruda (pictured) sold for £15,500 at auction

Other IKEA items also sold for several times their original price under the hammer.

Customers of the flat-pack giant are urged not to give up their furniture, as keeping and selling the items could pay for their children’s college fees.

A pair of Skopa armchairs designed by Ole Gjerløv-Knudsen and Torben Lind and bought for less than a five sold for £210. 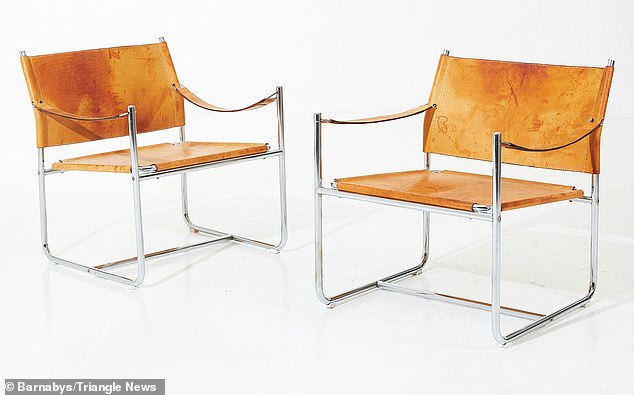 Karin Mobring’s £16 armchairs named Admiral were designed in 1971 and a pair sold at auction for nearly £1,200 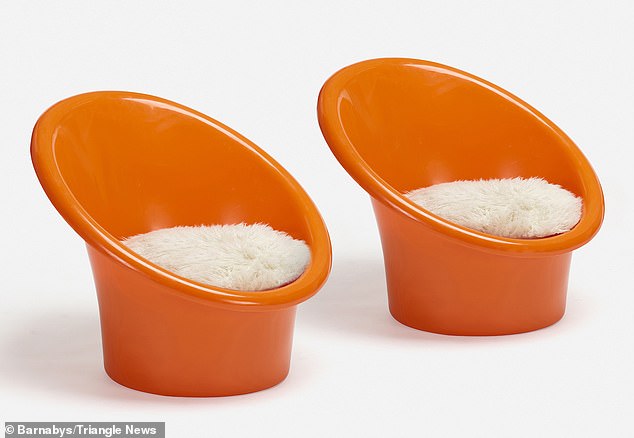 A £4.50 pair of Skopa armchairs, designed by Ole Gjerlov-Knudsen and Torben Lind, sold for £210

Pontus Silfverstolpe, antiques expert and founder of Barnebys, said: “The fortunes of flat packages continue to surprise the auction world, but we have more highs to look forward to.

“It is especially designer furniture from the 50s and 80s from Ikea that is increasingly expensive on the second-hand market.

“The furniture that attracts collectors and design enthusiasts the most is that it is innovative models for their time, made of good materials and in limited edition or in the period of manufacture. 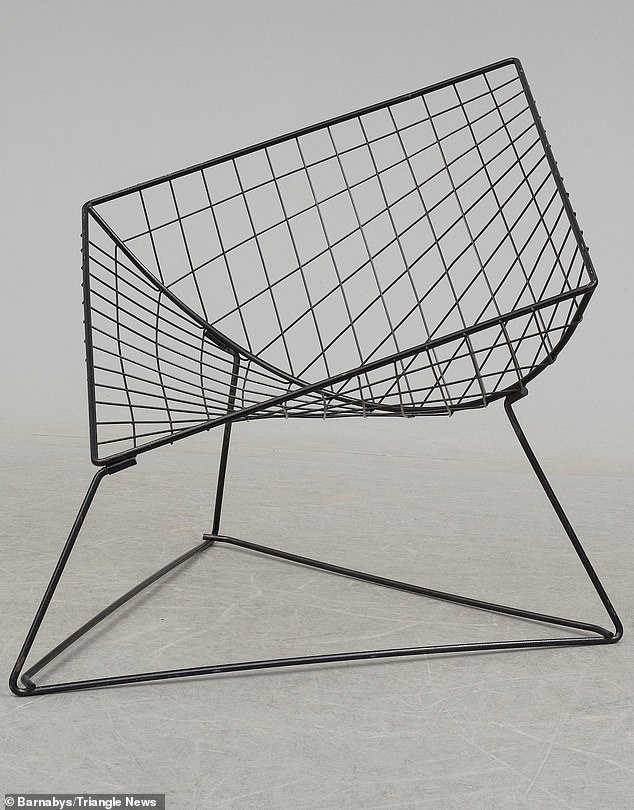 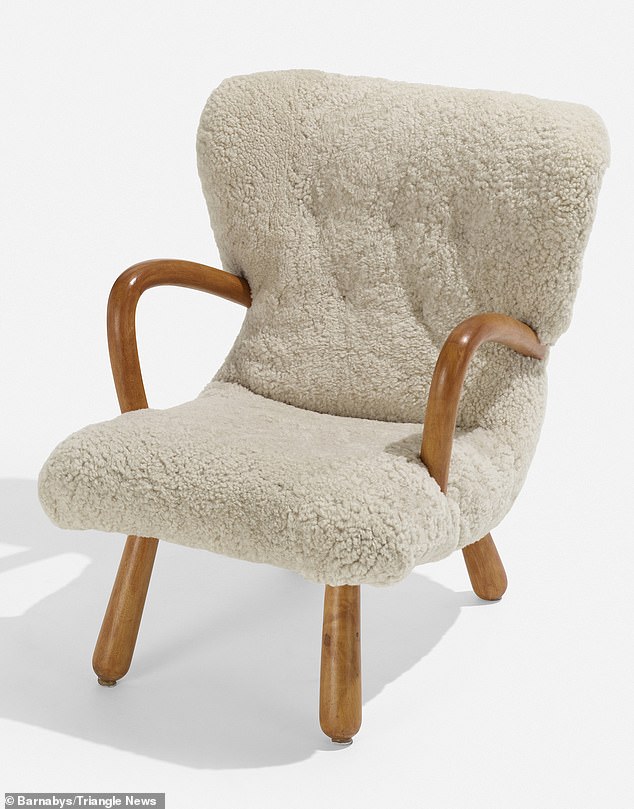 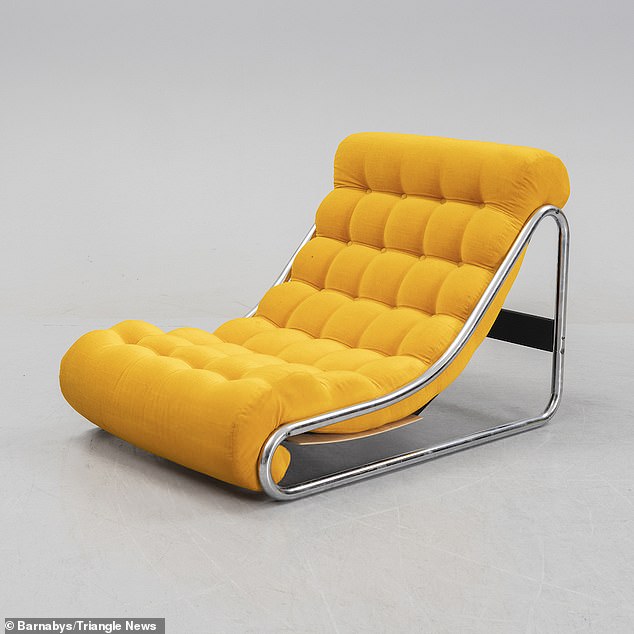 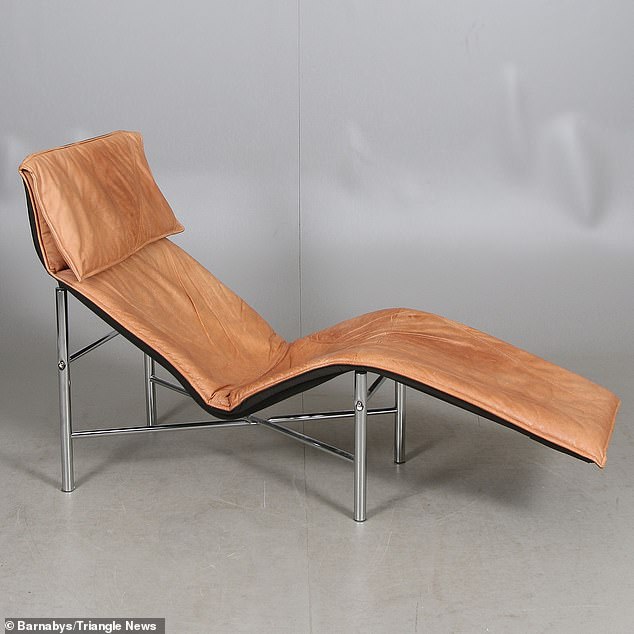 “Some of these famous Ikea creations by top artists can be considered collector’s items and have become hard currency at auction.

“It wouldn’t surprise me if, over time, some of this furniture ended up in one of the greatest design museums in the world.

“Ikea founder Ingvar Kamprad has been our greatest role model for Swedish entrepreneurship for decades.

“In the same way that he democratized an entire industry in its quest to furnish people’s homes, Barnebys’ ambition is to democratize the auction industry and lead the world to buy sustainable furniture and quality on the secondary market at a time when excessive consumption is questioned. 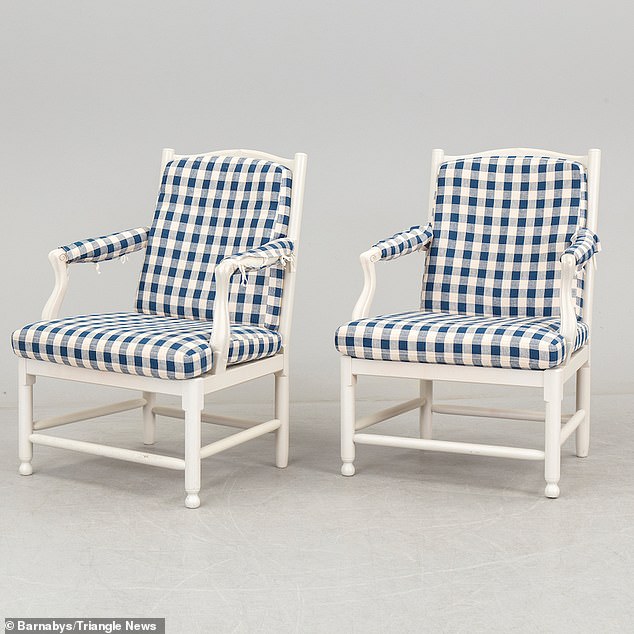 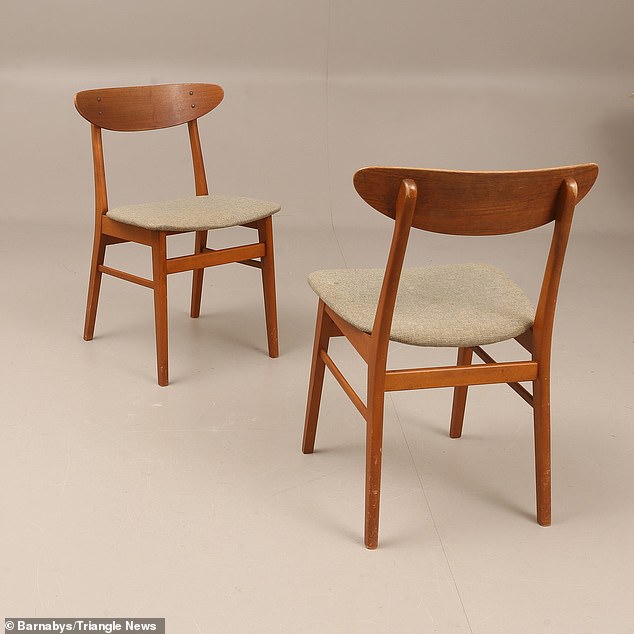