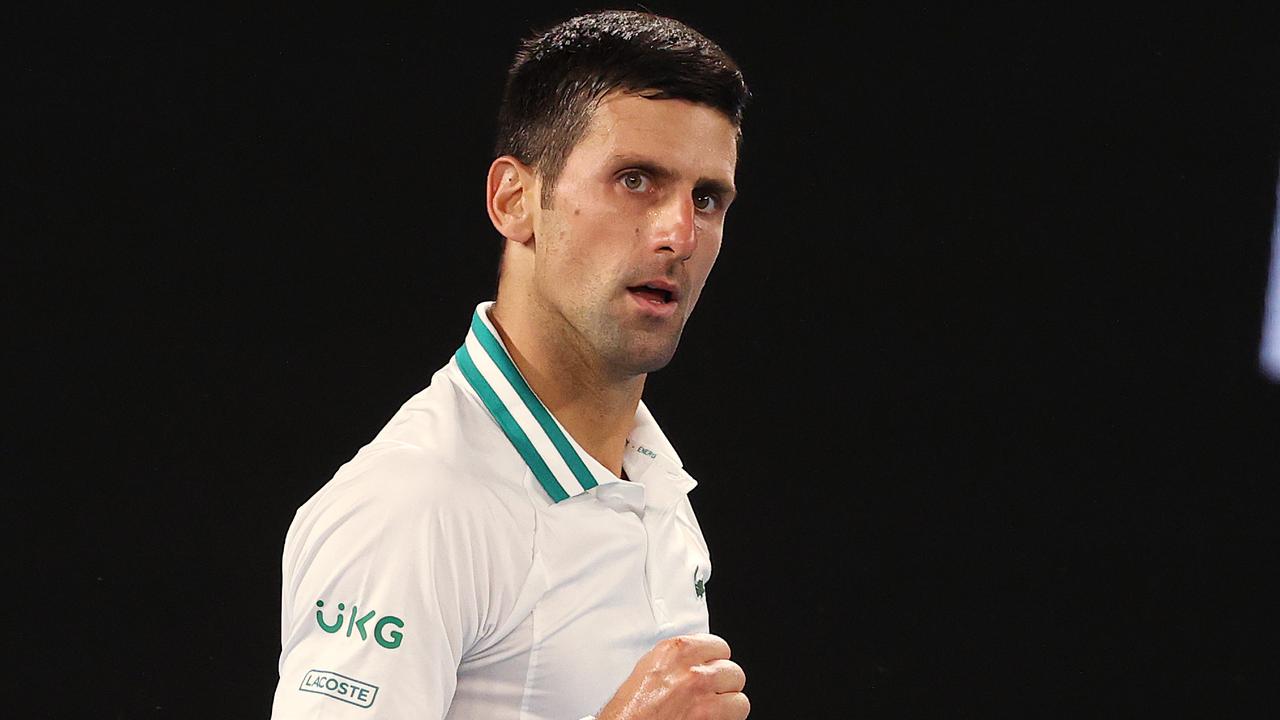 Court documents reveal that Novak Djokovic tested positive for Covid just a few weeks ago, allowing him to be granted a vaccine exemption.

Court documents have revealed that Novak Djokovic tested positive for Covid-19 in mid-December, just over two weeks before his trip to Australia.

“The date of the first positive PCR Covid test was recorded on December 16, 2021,” Djokovic’s lawyers said in a file in federal court seeking to overturn the cancellation of his Australian entry visa.

Court documents indicate that the world number 1 had received a “medical exemption from vaccination against Covid” on the grounds that he had recently recovered from Covid.

The development confirms why many believed Djokovic used to get a vaccine exemption to enter Australia.

Djokovic’s fate now rests in court, where his legal team will plead his case on Monday.

Prime Minister Scott Morrison and the Australian Border Force said Djokovic had not provided sufficient evidence to justify his immunization exemption and was now stuck in a Melbourne immigration hotel awaiting a result .

Djokovic had relied on an exemption certificate from Tennis Australia issued under guidelines that players did not need to be vaccinated against Covid-19 if they could confirm they had tested positive in the past. last six months.

The Serbian tested positive for Covid during his Adria tour in June 2020.

But documents filed with the Federal Circuit and Family Court on Saturday reveal that Djokovic was infected for the second time on December 16, 2021.

This latest development suggests that had he not tested positive Djokovic would have missed the Australian Open unless he had been fully vaccinated or had some other valid reason to get a bye. .

“Mr. Djokovic had received, on December 30, 2021, a letter from the Chief Medical Officer of Tennis Australia (‘Certificate of Exemption’) stating that he had been granted a ‘medical exemption from COVID vaccination’ on the grounds that ‘he had recently recovered from COVID,’ the court document read.

“The exemption certificate also recorded that (…) the date of the first positive COVID PCR test was recorded on December 16, 2021, it was now 14 days, and Mr. Djokovic had not had a fever or respiratory symptoms of COVID-19 in the past 72 hours.

The documents also reveal that Djokovic had received a letter from the Home Office advising him that his Australian travel declaration appeared to meet the requirements.

“The assessment of the declaration indicated to Mr. Djokovic that (his) travel declaration to Australia (had) been assessed”, and that “(his) responses indicate (d) that he (he has met) the requirements for an unquarantined arrival in Australia where permitted by the jurisdiction of your arrival, “that jurisdiction being Victoria,” read the documents.

“This is understandable, given that he:

“(1) held a visa without any relevant conditions;

“(2) had received certification of a medical exemption from vaccination from the tournament organizer, such certification being granted after review by a panel established by the Government of the State of Victoria;

“(3) had received from the Ministry of the Interior a document informing him that he fulfilled the conditions for an arrival without quarantine,

“Mr Djokovic understood he had the right to enter Australia and Victoria and participate in the Australian Open tennis tournament.”

TA is under surveillance after The sun herald revealed that the governing body had told unvaccinated players that they were eligible to enter the country for the Australian Open with an exemption if they had caught Covid in the past six months.

This is despite the federal government advising Tennis Australia that past infections were not covered by its guidelines for medical exemptions. Letters from Federal Health Minister Greg Hunt sent to TA in November reportedly showed the governing body was aware of the warning before giving advice to players.

Djokovic has sent a message to his supporters while waiting to see if he succeeds in overturning the federal government’s decision to expel him.

“Thank you to people around the world for your continued support. I can feel it and it’s greatly appreciated, ”he wrote on Instagram.