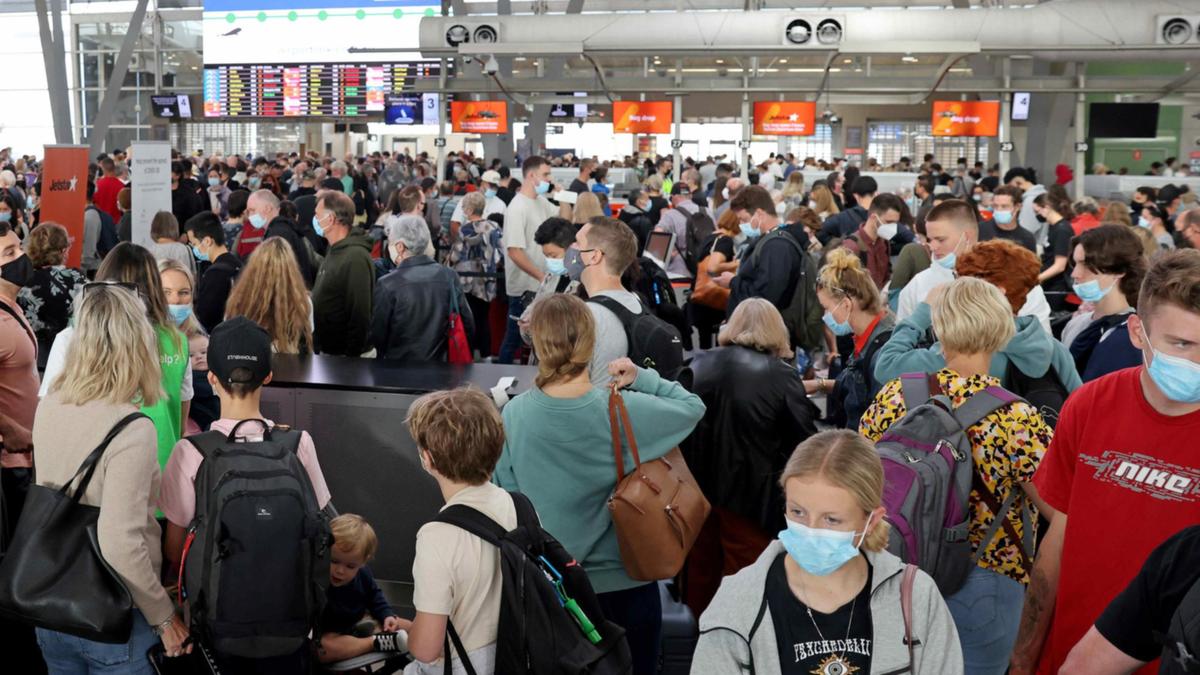 Eager travelers are once again swarming airports across the country as airlines prepare for their busiest time since Covid.

Qantas and Jetstar are preparing to fly around 350,000 customers over the next four days alone, with school holidays starting Friday in Victoria, Queensland and the Northern Territory.

Queues were already open at Melbourne Airport just after 6am on Friday, with the airport chaplain even getting involved with baggage to help relieve pressure on staff.

Scenes at Brisbane airport have not reached these chaotic levels, but travelers are still being told to arrive early with long queues and possible delays expected.

Melbourne Airport is preparing to handle more than 2.1 million passengers during the school holidays, around 400,000 more than during the Easter holidays.

Tullamarine passengers have been warned to arrive one to two hours early for domestic travel and two to three hours for international travel.

“We encourage people to allow time for getting to the airport, checking in and going through security, as there can be queues, especially at peak times,” she said. .

“Similarly, we ask people not to arrive too early, as some airlines only open check-in two hours before a domestic departure and three hours before an international flight.

“The aviation industry is still working to replenish our workforce after the pandemic, and staffing remains an issue for some operators, particularly in baggage and ground handling.

“During this busy time, we ask people to respect each other and our staff as we work to get you where you need to be as quickly and safely as possible.”

School holidays start in New South Wales, Western Australia and the ACT next weekend, while South Australia and Tasmania start on July 9.