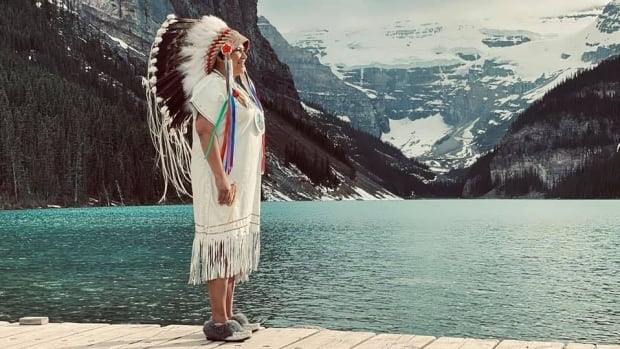 The Council of Elders of the Cree Nation Peter Ballantyne announces that it is removing the chief of the band from office, just one year after her election.

But Karen Bird, who became Southend, Saskatchewan’s first female leader of the Northern Saskatchewan First Nation and its second female chief last April, says she is taking their decision to court.

The council, made up of elders from each of the reserves that make up the Peter Ballantyne Cree Nation – which includes parts of Prince Albert and stretches into the northeastern regions of Saskatchewan – says it has the power to impeach, in accordance with the national electoral code.

A 2016 Federal Court decision, which shared a relevant part of the election code, said the council’s primary purpose was to provide advice to chief and council.

The council has also been tasked with ensuring that Peter Ballantyne’s leaders adhere to the band’s standards of conduct and oath of office, in accordance with the First Nation’s election code.

At a May 10 meeting in Prince Albert, the council said the chief violated both, while “bringing dishonor and dishonesty” to his role as chief.

A letter, which was signed by the majority of council, alleged that Bird engaged in lateral violence at a meeting held in Edmonton late last year.

Lateral violence is defined by the Canadian Race Relations Foundation as “inappropriate violence directed against one’s peers” that is rooted in factors such as colonization, intergenerational trauma and ongoing experiences of racism.

Allegations of lateral violence — which can include verbal, emotional, spiritual or physical abuse — were not detailed in the letter from counsel. A CBC News alumnus who signed the letter declined to comment further.

The letter says the incident was investigated by the council of elders and discussed with the chief twice on February 8 and again on April 14.

Bird’s actions were also discussed with Peter Ballantyne’s band councilors on February 8, 9 and 10 of this year, the council’s letter says.

The letter said Bird had not provided the board with a written response to the recommendations he made to her in a letter delivered to her on April 1 and that she would be removed from her position.

Bird did not respond to CBC’s requests for comment on the allegations of lateral violence.

A statement posted on his Facebook page in response to the council of elders’ decision did not address the allegations.

Bird said the board does not have a mandate to remove her and said board members are not decision makers nor do they represent the people.

Peter Ballantyne’s election code states that members of the council of elders are appointed to represent their community and elected to their positions.

They are then either elected to the council or acclaimed to a council position if they run unopposed.

Elders serve their term from election until chief and council are dissolved before the band’s next general election, usually every three years.

She said the council’s decision was unfounded and violated the First Nation’s election code.

Bird’s letter stated that, in accordance with this code, the council of elders required a petition with a sufficient number of signatures from band members to remove her from office. Such a petition was not provided to her, she said.

“As a result, I will continue to work on the mandate you, the people, have given me,” Bird’s letter reads.

The letter released by the council of elders, however, stated that Bird was to be removed from office effective May 10 and that the band administration was to call a by-election to fill his vacancy.

“The decision of the PBCN Council of Elders is final and binding,” the council’s letter concludes.

As of Friday afternoon, Bird was not listed as Cree Nation Chief Peter Ballantyne on the community’s governance profile, posted on the Indigenous Services Canada website, although she was still a chief according to the community’s profile. community available through its tribal council.