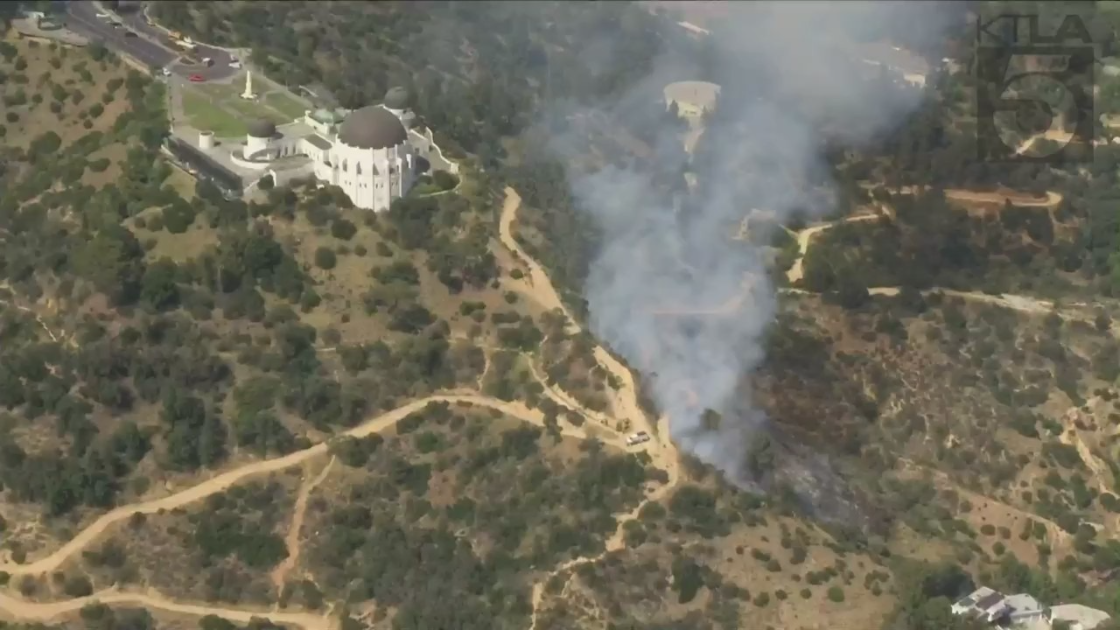 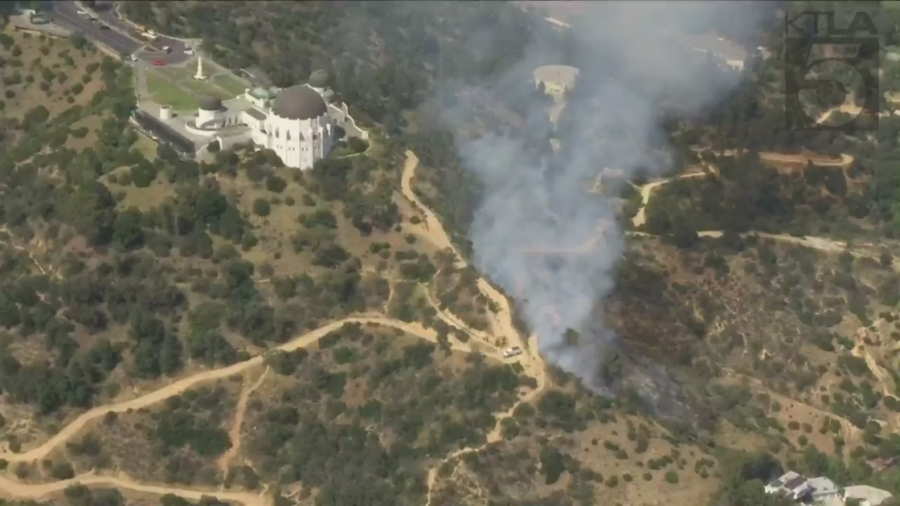 The fire initially measured 50 feet by 100 feet and was located south of Griffith Observatory near the Boy Scout Trail, the fire department said in an alert around 2:45 p.m.

By 3:25 p.m. the fire had grown to four acres, the LAFD said in an update, although half an hour later the blaze had been brought under control to six acres by 92 firefighters.

“Virtually all active flames were cleared and forward progress stopped after one hour and twelve minutes,” the department said.

Aerial footage from Sky5 showed smoke rising near the observatory, the Greek Theater and some homes in the area as several planes dropped water on the fire.

“Griffith Observatory has now been evacuated and park rangers are assisting with public safety by preventing hikers from entering nearby trails. No homes were evacuated,” the department added.

The Los Angeles Police Department has detained a person of interest, although that person has not been arrested, according to Officer Madison.

The LAFD confirmed that a person “in the general area of ​​the incident” has been interviewed by police and is in custody.

“The cause of the fire is being actively investigated as part of a joint effort by LAPD and LAFD arson investigators,” the fire department added.