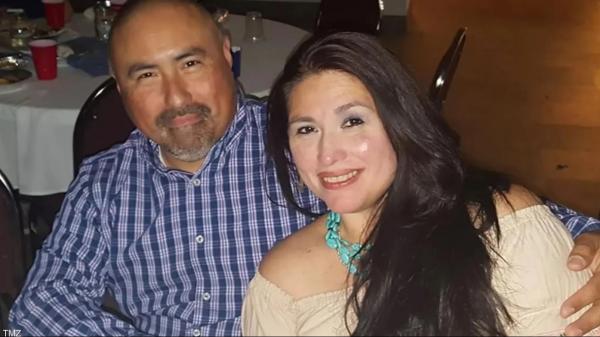 In a sad development of an already sad story, the family of one of the two teachers who were killed in the attack by a gunman on an elementary school in the US state of Texas have announced that her husband has died. of a serious heart attack, after his grief for his wife.

And the American site “TMZ” reported that the family of Irma Garcia, who lost their lives in the mass shooting that Salvador Ramos launched on Tuesday at the “Rob” school in Yuvaldi, Texas, announced that her husband of 24 years, Joe Garcia, also died, two days after the attack.

Garcia’s relative, John Martinez, released a statement saying, “It is very heartbreaking and with profound sadness to say that Tia Irma’s husband, Joe Garcia, has passed away of grief.”

He continued, “I really have no words for how we all feel. Please pray for our family. God have mercy on us. It’s not easy.”

A local journalist, Erne Zuniga, said Garcia suffered a fatal heart attack, adding that he and his late wife had 4 children.

A GoFundMe campaign has already started raising money for the bereaved family.

According to reports of the bloody attack, Garcia was killed while trying to protect the children in her class. The Robb School massacre resulted in the deaths of 19 children and two teachers.