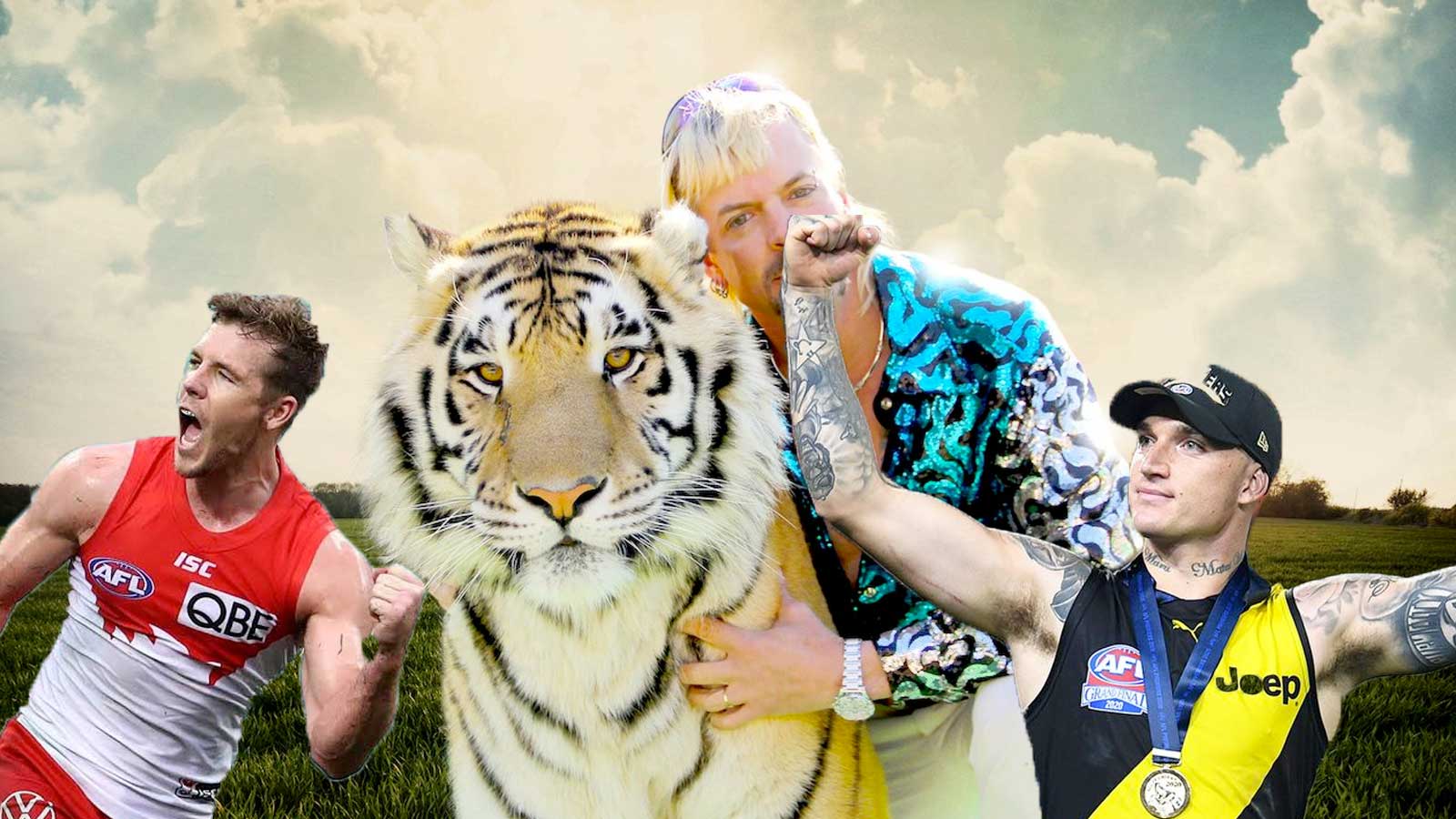 Most of you know me by “Mrs Blogs” the awesome person behind Mr Blogs – the creator and founder of The Swans Blog. At his persistence, I’ve decided to write an article about the swans this year and what a week to pick!

The last time I was at a footy match was February 2020 – watching the bushfire relief match, cringing at the sight of Tom Papley wearing the navy blue, and kicking four goals. I was hopeful that the swans would bounce back in 2020, as long as Franklin remained injury-free… well, hindsight’s a wonderful thing. At least Papeley committed to Sydney.

First off wow what a start to the season – after a lackluster 2020 – footy is well and truly back. I must admit I didn’t hold up much hope for us in Round 1. I was hoping we would put up a fight and then eventually be overrun by a stronger Hungarian Lions team. I even scheduled dinner plans… whoops.

Imagine my surprise to see the scores midway through the second quarter. Luckily the restaurant closed at 9.30pm and Mr Blogs and I was able to dash home and see the end of the match. Watching the replay the following day was awesome – especially seeing watching Logan McDonald, Braeden Campbell and Errol Gulden play like they have been playing at least 50 games in the seniors.

Round 2 was another excellent win – although we were concerned about those last quarter fadeouts and the 6 holding the balls in the defensive 50. Onwards to Round 3, against the reigning premiers on the MCG, a venue both Mr Blogs and I hadn’t been to since July 2019.

The media built this up as Dusty v Franklin – the battle of the superstars. Now granted I haven’t been on the dusty bandwagon – I kind of found him annoying. But during 2020 when football was the only thing to get you through the Melbourne lockdown – I watched a lot of Richmond games.

The fact is – he’s an amazing player – 3 Norm Smith Medals is no easy feat. Granted I was very drunk watching the 2020 Grand Final, the second half was a blur and I missed him kicking all those goals. Then after extensive googling – I found that he would have been drafted to the Swans if he’d lived in Sydney a little longer… imagine If that occurred? Eddie would have had a heart attack! There’s talk of him coming to Sydney after his contract finishes at Richmond – one can only hope so and the tatts are kind of attractive (sorry Mr Blogs)

Unfortunately, this battle became a bit absent after Franklin was ruled out. I was all for this – he’s been out of the game for at least two years. Why risk him in round 3 – when he has only played a half of a game? Have him match fit in the deeper half of the year – when we possibly make finals.

I didn’t think Sydney would beat Richmond – they are a powerhouse – 3 premierships in four years is very rare these days. They remind me of the Swans in 2012, 2014, 2016, and 2017. Bar one horrible set of umpiring and a 0 – 6 start in 2017, we could have easily been them. I was happy if we matched them to at least 3 quarter-time and then assumed they would kick away in the final quarter.

As a massive Disney fan – the Swans are little Simba, and Richmond was Uncle Scar (the big bad uncle) who rules over Pride Rock (the AFL). Although they had won the previous two games – Richmond appeared to be going through the motions – they looked like they hadn’t hit their ‘full speed yet’.

So on a nice and hot 30-degree day, Mr Blogs and I sat in Row C watching the game. Special mention goes to the six guys behind us (all Swans’ fans) for their joyful commentary throughout the game. That’s what makes footy exciting – the banter between fans and high-fiving random swans supporters when your team is winning.

I was so shocked that we were in front at quarter time – the Swans had come out to play!

Although looking at how many set shots we had – I was worried it would come back to bite us in the end. Piling on more goals in the second (what a legend “THE CHAD’s” goal was) our lead of 22 points escalated to 40 in a matter of 3 minutes – I was happy with a half-time lead of 22 points!

At half-time, Mr blogs and I were drinking ciders mulling over the scoreline which neither of us predicted. I went on a rampage sending messages to all my footy mad friends going “can you believe the score!!”

Part of me was thinking at some point Richmond was going to come back hard – Dusty would rack up 38 possessions and they would kick the next 10 goals. George Hewett and the rest of the midfield group, did a fantastic job on him – nullifying his brilliance and limiting him to only 20 disposals and no goals. Ken Hinkley is currently now persuading John Longmire to go out for a steak dinner and picking his brain on how he stopped Dusty.

But the fightback never came. It went goal for goal in the third quarter until Isaac Heeney kicked a ripper from the boundary, and then the Swans was up by 57 points. Richmond kicked a few in a row in the final term but they never looked damaging, and their fans left 10 minutes prior to the final siren – so we were all surrounded by red and white.

What a game! The Cygnets rose up! We all know what happened at the end of the Lion King – Simba defeated Uncle Scar. While it’s only Round 3 and a very long season is still to come, I’m enjoying watching the resurgence of the new look Swans. A plus side is actually listening to the AFL shows actually talk about them for a change.

Mr Blogs and I are off to the GWS game – fingers crossed the swans continue their merry run!

Like what you’re getting? Want more Swans Blog, and the chance to have your input into our site and what we create? We have additional weekly content on our Patreon Service. This is your avenue, what are you waiting for? Sign up today and get more content like this.

If you’d like to support us, you can head over to our Red Bubble Swans Blog Shop, and purchase one of our hideously overpriced mugs, stickers or notebooks. Help keep The Swans Blog alive.

… we have a small favor to ask. More people are reading The Swans Blog than ever, but we don’t accept advertising, and don’t want to do so in the future. Unlike many other news and media organisations, fan forums and fan media, we haven’t put up a paywall, or displayed ads – we want to keep our content as open as possible.

The Swans Blog is an independent fan blog and community platform. Our content takes a lot of time and hard work to produce. We do it because we love what we do and we believe our perspective matters – because it may be your perspective too.

If everyone who reads our blog, who likes it, is supporting it, our future would be much more secure.